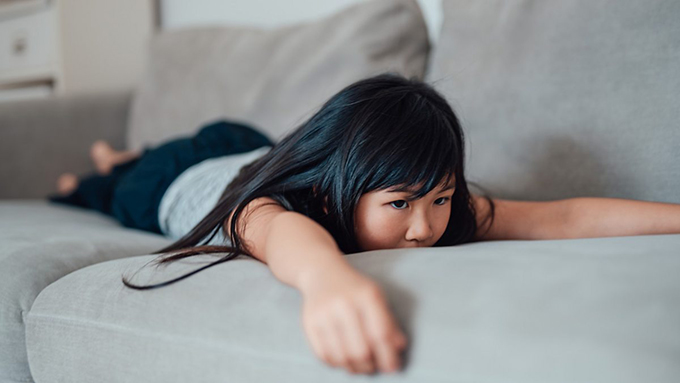 The issue of boredom has been worrying humanity since ancient times. The warriors of the Homeric deeds suffered from it in the periods between battles. Plato was afraid of being boring to others, as his teacher was rumored to be. Seneca tortured himself thinking about the possibility that boredom would unleash a wave of suicides among the Romans.

The Desert Fathers were horrified by the expectation that monks, jaded at the sixth hour of the day, would neglect contemplative duties, and those of the Church were afraid that boredom would turn men of faith from the path of Christian virtue. . Scholastics like Saint Thomas believed that boredom could cause infinite sadness in the soul.

Calvinism warned that when boredom appeared, the absence of divine grace was revealed. The enlightened, later, thought that those who were bored were wasting time. At the height of the 19th century, the European aristocracy regarded it as the mal du siècle , and, at the beginning of the last century, it became a widespread lament within the factory walls.

Are we more bored than before?

For a few decades, moreover, mental health experts have been highlighting its pathological side, and proposing therapies against an evil that has been commonplace throughout Western history. The great punishment that the gods sent us for their amusement!

It is not a topical issue; we are not bored now more than before. On the contrary, in these times, we have the largest offer of entertainment to avoid boredom that has ever been known. One so broad that it overwhelms us, and before which, often, we let an algorithm decide for us how to fill the time so as not to waste it thinking about what it is that we really want.

It is true, however, that in the 21st century we have more means to express ourselves about their experience, and we take advantage of them to share our misery in search of comfort. Anyone can write a blog post about boredom or use social media to make their discomfort known.

The curious thing is that the abundant complaints that we attend today do not seek to denounce how annoying or how dangerous it is to fall into their clutches, as was done in the past. Instead, they are built on the longing for more time to be bored. We have no time for boredom.

Mismatch between needs and stimuli

But who in their right mind wants to spend their time getting bored? As I explain in my book The Disease of Boredom , getting bored is the correlate of a mismatch produced between our needs for cognitive stimulation and how stimulating we perceive the environment in which we are immersed or an activity with which we have committed ourselves.

This imbalance translates into an annoying experience, one of the most painful that afflicts us. It is that suffering that makes us react to find a way to change the present and send what bores us to the past. We cannot – nor do we want to – remain trapped in this distressing state. The demand for time for boredom lies in a confusion of terms.

Time of power or duty

What we really want is to increase our power time at the expense of duty time . We do not aspire to enjoy time by getting bored, tremendous oxymoron!, but by filling it with meaningful and satisfying choices, even if these imply doing nothing of our own free will.

The human being is fulfilled in being , but also in doing . Boredom manifests itself in being without doing , when we want to be doing , and in doing by force , when what we would like is to be or do something else . By inhabiting the time of power, the last thing we expect is to peek into the abyss of nothingness that is boredom.

Too much algorithm and too little thinking

Let’s talk property. Let us admit that, in a society of hyperspeed and overstimulation, swept along by the productive torrent of economic and cultural capital, we are overwhelmed with doing and being by force, exhausted in the face of the dictatorship of likes , thirsty for freedom and genuine experiences. , but not hungry for boredom. Boredom is not born from self-prescribed free time, but from the absence of its possibility, accused by the impositions that we have embraced in our daily lives.

Excuse me, but you are already a victim of boredom. When he reaches his goal, will he be ready to take responsibility for the great act of emancipation of increasing his time from power, or, once achieved, will he return to being bored by too much algorithm and too little thought?