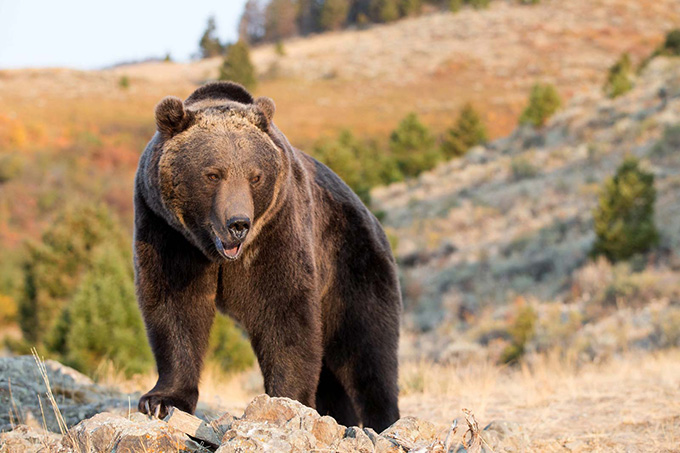 After weeks of pandemic lockdown and closures, families keen on camping holidays and getting outdoors are relieved that many of our parks are reopening. Canada’s national parks partially open June 1 for day use; camping will be closed until at least June 21 while authorities assess safety. In Alberta, provincial parks are open for day use, and camping is open at a reduced capacity.

Many of us cherish memories of beautiful days at parks, digging at the beach, exploring trails or roasting marshmallows around the fire. Hopefully, if you have been a park visitor, such tranquil scenes are among your strongest memories.

If they are, is this because you were attentive to how you engaged with the park environment? For instance, were you careful not to leave food at your campsite that could attract wildlife such as one of Alberta’s grizzly or black bears, or did you take a special interest in the healthy ecosystems or unique features of the park? And if so, was your behaviour guided by the park’s interpretation programs?

Over the past two years, our research team based at the University of Alberta has studied the effectiveness of personal on-site interpretation programs (programs led by park staff) throughout Alberta’s provincial parks. Park interpretation is a communication process that reveals meanings and relationships of cultural and natural heritage to the public.

We travelled from Writing-on-Stone provincial park, where ancient rock carvings (petroglyphs) and paintings (pictographs) commemorate and record significant events of the Niitsítapi or Blackfoot people, to Miquelon Lake, a site of stargazing wonder in the the Beaver Hills dark sky preserve, to William A. Switzer, north of Hinton, in the foothills of the rocky mountains. Here, educating visitors about cougars is important. 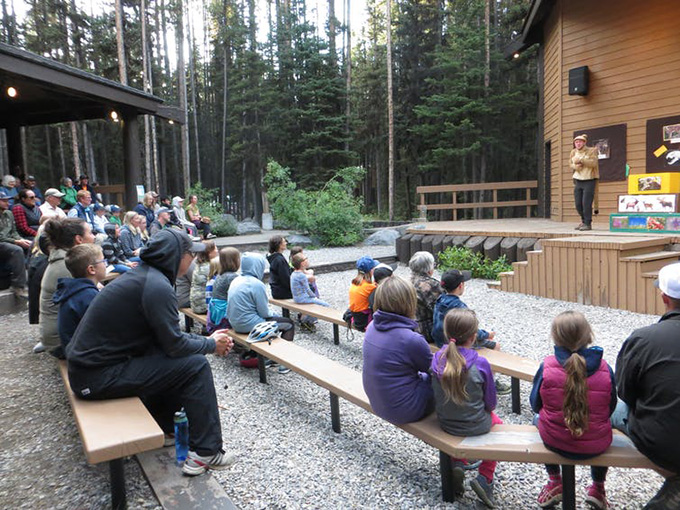 A park interpreter at Peter Lougheed Provincial Park, in costume as a character Mountain Lion King, educates visitors about cougars, also known as pumas or mountain lions. Alberta cougar sightings in Alberta are most common in the mountain and foothill regions. (Kiva Olson), Author provided

We joined dozens of interpretation programs, surveyed hundreds of attendees and non-attendees (all campers) and interviewed provincial park staff. We seek to determine how these interpretive programs have both short- and long-term outcomes for participants, and which factors affect those outcomes.

Interpretive programs are designed to enrich your visitor experience, ensure your safety and protect these areas for future generations.

When campers enjoy their parks experiences, when their knowledge is enhanced and when they develop positive attitudes towards protecting resources, this is a good start towards conservation, but the key target outcome of interpretation is improving park-friendly behaviour.

Do these programs actually deliver?

The theory of planned behaviour helps us understand how to influence behaviour change. We can explore this theory through a key problem that has a negative impact on both visitor experience and on wildlife: litter in campsites.

In park interpretation, one desired behaviour is for campers to not litter in their campsite.

Since camping affects wildlife populations in parks, managers are concerned about food-based litter in campgrounds. Such litter can attract bears. When bears learn that food is associated with campgrounds, they can become reliant on that food and aggressive towards people. As a result, the habituated bears usually end up being relocated or destroyed, and there are also great public safety and financial costs.

The theory of planned behaviour suggests that people are more likely to adjust their behaviours, or at least how they intend to behave, if they believe their behaviour will connect to positive consequences. For example, not littering is connected to fewer problem bears and a safer experience. Interpretation can provide engaging and inspiring learning experiences to motivate visitors.

People are also more likely to adjust their behaviours if they feel social support for their behaviours: their peers also want to reduce problem bears, so they feel motivated to comply. Interpretation can help motivate campers by sharing examples from other campers and of successes of past actions.

Finally, people are more likely to reduce littering if they believe they can and are able to overcome difficulties in doing so. Interpretation can provide campers with knowledge about where suitable garbage containers are and how to use them. 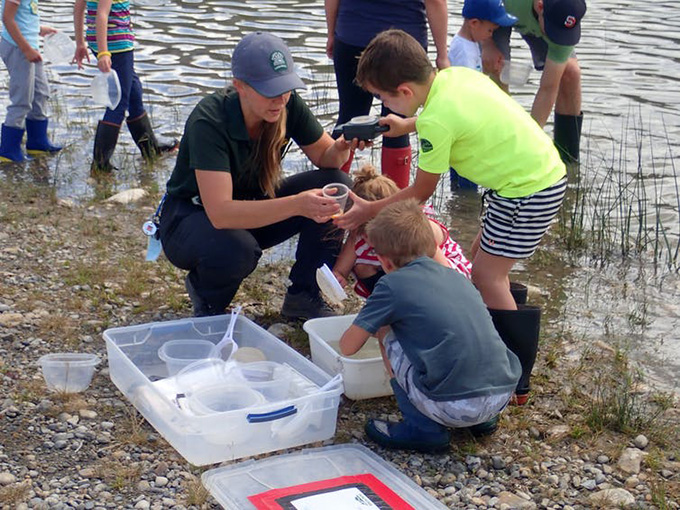 We’ve learned that attendees of interpretation programs in Alberta’s parks have gained some important benefits, compared to non-attendees. People who attended interpretation programs rated the enjoyment of their park experiences higher than non-attendees. Attendees said that entertainment, theatrics and visitor involvement increased their enjoyment.

They also rated their learning on their trip higher than non-attendees. This is not surprising since most parks market interpretation programs as learning experiences. Again, participants said that theatrics, entertainment and the interpreters themselves supported their learning.

Compared to non-attendees, attendees modestly changed their attitudes about park issues such as feeding wildlife and keeping campsites clean. Positive attitudes towards these issues are important because attitudes are a good predictor of responsible behaviours. Key factors to help change attitudes were the educational approach and memorable presentation style of interpretation programs.

Similarly, attendees only modestly adjusted how they actually planned on behaving. They reported that awareness, positive experiences and park staff were factors that could change their behaviours. Past research has shown that attitudes and behaviours are more difficult to change than enjoyment and learning because the former depend on deeply held values and beliefs.

Finally, program attendees established modest connections to the places they visit and developed strong develop positive memories about the place.

Do these benefits last over time? We hope to find out. A short-term expression of enjoyment and learning is different than long-term change in attitudes and behaviours. We are now in the midst of surveying both attendees and non-attendees again a year later to see if those changes have lasted.

As you travel to the parks this summer, take time to join an interpretation program. You will likely have fun and learn valuable information about the park. More importantly, you might appreciate the park more and learn how to interact with the park in ways that minimize impacts on its resources.

Author Bio: Glen Hvenegaard is Professor, Environmental Science and Elizabeth Halpenny is Associate Professor, Faculty of Kinesiology, Sport, and Recreation both at the University of Alberta