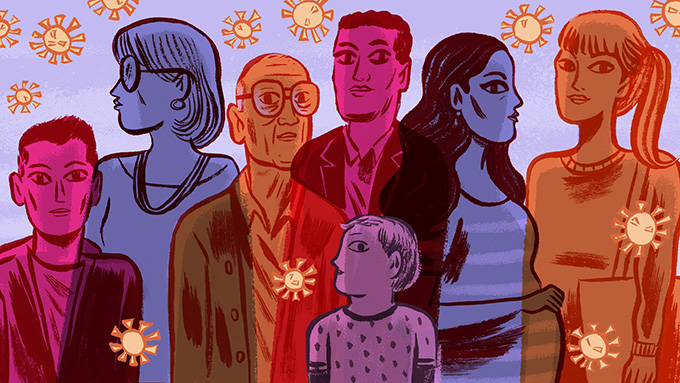 As lockdowns around the world begin to be eased (even for people who aren’t government advisors), some universities are planning to re-open as physical spaces in September. But is this really wise? How much danger will that create for employees, and how should university leaders seek to minimise the risks?

In our judgment, the most reliable source of information on coronavirus risk comes from a recent Open Safely paper by Elizabeth Williamson, of the London School of Hygiene and Tropical Medicine, with a large number of colleagues. It is a piece of technical writing, but its substance should be understood by every university senior manager.

The biggest influence on a person’s Covid-19 risk is age. The risk is actually an extraordinarily accelerating one (think of it as log-linear, if you like mathematics). There have been grumpy and inaccurate discussions of this issue in UK newspapers, with a great deal of emphasis instead being placed on the risks associated with having so-called health conditions or being a man, obese or non-white.

Many older people – including those who have written us bad-tempered letters in response to our most recent paper on Covid-19 – appear to believe that because they feel fit then they face little or no risk from coronavirus. That belief is incorrect.

The analysis of Williamson et al. begins with anonymised health records on 17 million UK citizens. It then examines who has died from Covid-19, and, importantly, adjusts statistically for a large number of influences on people’s risk. This is what comes out:

Hence, whether you are a university leader or merely trying to stay out of hospital, the most helpful thing to know about Covid-19 is that the virus practises heavy age discrimination. 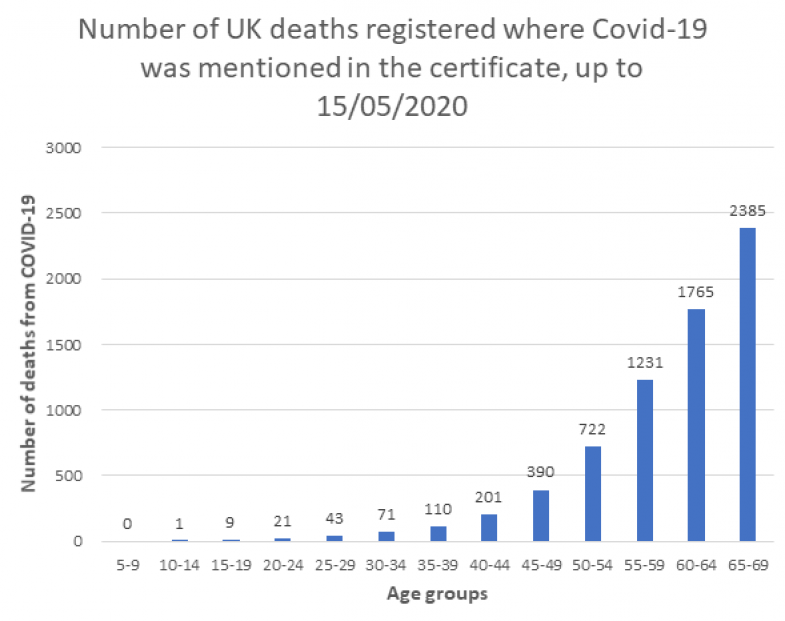 We are aware that readers might not realise all the details. Some UK newspapers have confusingly run headlines like “Obesity is a Major Cause of Coronavirus Death”. In fact, it is not a major cause, although we certainly advise everyone to keep their BMI below 25; the main reason that obese people are dying much more in UK hospitals is because they tend to be in the older segment of the population.

A second concern is the likelihood of misleading triumphalism over the coming northern hemisphere summer. That possibility worries us a lot.

Premature optimism happened in the awful case of the so-called Spanish Flu in the years 1918-1919. The first wave, which seemed at the time a very large one, peaked in early summer of 1918. Then policymakers became more relaxed and thought it had gone away. Unfortunately, a second wave appeared in autumn. It was five times higher. Then a third came, in the spring of 1919. Most deaths occurred in the later autumn and winter. The temporary lull in the summer of 1918 had horribly misled everyone.

If we were university leaders, this would be playing on our minds as we planned a university’s autumnal schedule. Our hunch is that there will be calls, by the end of summer, to open up universities in a really fundamental way. “Hurray: Our nation has beaten Covid-19” the headlines may proclaim, and it may actually be true. But it will also be worryingly possible that we are in for some form of a re-run of 1918.

We note that early hotspots for Covid-19 were places like meatpacking plants and skiing holidays, which are characterised by an icy cold that the coronavirus microbe probably likes. A 2013 analysis concluded that every extra 10 degrees Celsius reduced the spread of the 1918 virus by nearly 50 per cent. Of course, that was a different virus though. Much remains to be learned in 2020.

A third concern is that the virus might mutate. However, there is not much that can be done about that. 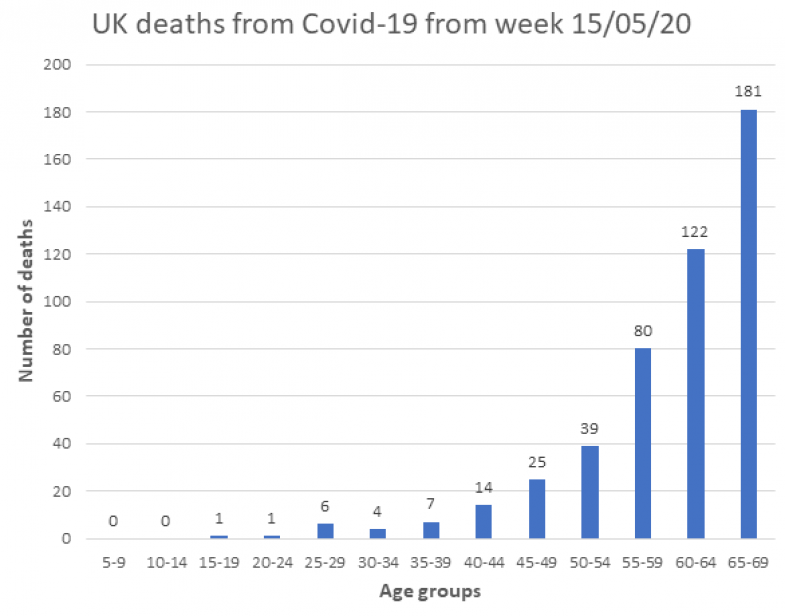 So what should university staff know and do?

First, they might want to appreciate that our students are so young that their mortality risk is minuscule. Currently, we estimate that it may be about the same as their risk of dying in a UK road accident in a normal year.

Second, university staff over approximately 50 years of age may need to think about their own relative risk, and they might well wish to stay out of front-line contact with students until a vaccine is found.

In better news, the current evidence suggests that even without a vaccine the great majority of the population of developed nations will live through all this without serious illness. Absolute risk for most people is fairly low, and there remains a slight chance that the virus will disappear more quickly than standard epidemiological modelling has predicted.

In the meantime, it pays for each of us to know our own relative risk, and for senior university managers – who we think should be hugely admired at this tough time – to plan ahead by bearing in mind that the Covid-19 virus is much more dangerous to older members of university staff.