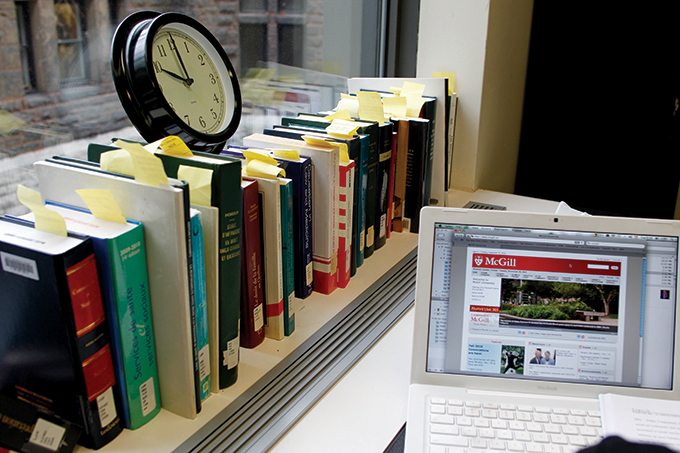 I’m a good friend to have if you are in the business of examining theses as you can probably imagine. A large number of my academic friends have called me up for expert advice on acceptable style, structure and tone. Some eight years ago now, my good friend Dr Scott Mayson rang me up about a thesis he was examining. How much, he asked, should you judge a writer for their grammar?

But before you start thinking that Scott is a crusty old grammar pedant, let me assure you that he is not. There is a fine line between grammar and style and Scott’s question was more about the latter. As I recall the conversation, it went something like this:

Scott: “I don’t want to fail this candidate just for the writing, but the poor use of conjunctive adverbs is so off-putting.”
Me: “hmm, oh really? Um, yes – I can imagine that would be annoying” <frantically googles “conjunctive adverbs”>

If you are reading this as an ‘English as a second or other language’ student you are probably having a bit of laugh at my confusion – go on, it’s ok ???? People who have had to learn English from scratch and are often better at identifying the technical grammar problems than people who have spoken the language all their life. I respect all the work you have put in for this mastery. English, as one student told me the other day, is a bastard of a language to learn.

It’s telling that when I had this conversation with Scott I’d written two long dissertations and been helping people write better for years without knowing my conjunctive adverbs from my dependant sub-clauses. Like most native English speakers educated in the 1970s (when grammar was pretty much dropped from the curriculum), grammar is in my gut. The only reason it’s in my gut is I have always been an avid reader and picked it up largely by osmosis. If you’re a native speaker you have probably been deploying conjunctive adverbs for decades without conciously thinking about them too.

In case you are wondering, conjunctive adverbs and adverb clauses are used by writers to create connections between ideas. According to the Writer’s Handbook, conjuctive adverbs:

1) indicate a connection between two independent clauses in one sentence

2) link the ideas in two or more sentences

3) show relationships between ideas within an independent clause.

Good examples of conjunctive adverbs in academic writing are words like ‘however’, ‘instead’, ‘because’, ‘additionally’, ‘therefore’, ‘hence’, ‘conversely’ and so on. Quite ordinary words you use all the time right? Not really. Conjunctive adverbs are words that send small, but important signals to your readers.

Until I started teaching writing, I didn’t know much about how grammar is connected to your identity as a scholar. I’m deeply indebted to the work of Pat Thomson and Barbara Kamler and their book ‘Helping Doctoral Students Write’, which started me on a quest to learn more. I have now read many deeply, deeply nerdy books on grammar – in particular the work of Ken Hyland. This reading has helped me understand how all academic ‘tribes’ tend to write like each other and, through the process of differentiation and convergence, how disciplines have developed distinctive and subtle ways of writing that act almost like ‘dialects’ (dialect conflict is one of the many reasons inter-disciplinary work is so fraught, but that’s a post for another time).

Part of the challenge for novice academic writers is to identify these academic dialects and learn to mimic them in order NOT to look like a novice. This, more than anything else, is why you must be wary of blanket ‘rules’ about how to write a thesis. The disciplines are remarkably varied in the way they use the different parts of language, like verbs, which makes teaching writing in a multi-disciplinary setting (as I do) very challenging. For this reason, rather than show people how to write, my writing classes tend to focus on analytical techniques to help PhD students to deconstruct and compare academic writing in their discipline. Analysing the academic dialects, and working out why writers make particular choices, helps you to mimic better. I’m grateful to Scott for helping me to see a very important gap in my own knowledge that day.

The thing with conjunctive adverbs (and I could be wrong about this, but I could find no research to contradict me) is that the use of them doesn’t seem to change that much across the different disciplines. More than any other kind of academic grammar there tends to be right and wrong ways to do it – which is a nice change for a teacher like me. For once I can make pronouncements with certainty.

Correct use of conjunctive adverbs is a subtle thing, so let’s look at the problem close up. Here’s an example of poor use of the conjunctive adverb in a couple of totally made up, inger-pretends-to-be-a-scientist sentences:

“We sequenced the coconut genome using an old baseball bat and could not identify all the elements. Incidentally, we changed our approach and tried using tennis balls as a solvent instead”

In this case the conjunctive adverb is being used to introduce the second sentence and ‘stick it’ to the first sentence in a meaningful way. It’s wrong because “incidentally” is a word we use to change the subject, it’s another way of saying “by the way…”. It would be more correct to say:

“We sequenced the coconut genome using an old baseball bat and could not identify all the elements. Consequently, we changed our approach and tried using tennis balls as a solvent instead”

Consequently means “as a result” which signals the cause and effect relationship implicit in the two statements. I hope you can see why Scott found the poor use of adverbs in the thesis he was examining so annoying. He was questioning the competence of the writer behind the words.

One thing I have noticed in my years of helping doctoral students to untangle academic dialects is that writers tend to have a limited repertoire of conjunctive adverbs. To add more variety to your writing, try substituting other cause and effect conjunctive adverbs, for instance:

“We sequenced the coconut genome using an old baseball bat and could not identify all the elements. Accordingly, we changed our approach and tried using tennis balls as a solvent instead”

“Accordingly “ means “appropriate to the particular circumstances,” which implies that you made a logical and appropriate change.

Subtle? Yes – but being a good academic writer is all about accuracy in these shades of meaning. In a thesis, the conjunctive adverbs signal to examiners that you understand the precise nature of the relationship you are talking about. This will give the examiner more confidence that you know what you are doing.

You can think about a conjunctive adverb or phrase as being like a hinge in a door. Get the word right and the door will open smoothly. Get it wrong and your examiner will feel like there’s squeaky door in your writing house – one that is being constantly opened and shut. More importantly, conjunctive adverbs are fundamental to making sure your reader understands – and, more importantly accepts – the arguments you are trying to make. Precision in the use of adverbs is crucial in research, particularly empirical research where cause and effect relationships are implied. Imprecise use of adverbs can create confusion for the reader and make you look like a much less adept writer than you actually are.

Here’s an exercise from one of my workshops you can use on your own text:

2)    Examine each one carefully – does it precisely capture the nature of the relationship you are attempting to convey?

3)    Try substituting the conjunctive adverbs with new ones which describe the same kinds of relationships – what difference does it make?

So, back to Scott’s original question – how much should an examiner judge you for poor conjunctive adverb use. Well… it’s complicated. In a thesis full of otherwise good ideas, I can ignore a few typos, but there is evidence to suggest that some examiners can get very snarky about ‘sloppy presentation’. Mullins and Kiley’s excellent (indeed seminal) paper ‘It’s a PhD, not a Nobel Prize’ discusses the situation at length. This paper an essential read for all candidates in systems where the thesis is examined peer review style, such as Australia and the UK. The key point of the Mullins and Kiley paper is that examiners who have never met you before will be judging you on all kinds of things, including grammar and style.

Thanks for staying with me on this long, nerdy grammar journey. Was any of it confusing? Do let me know. I’d love to know more about your writing trouble – feel free to tell me about it in the comments below and we might even add some extra sections to the book!