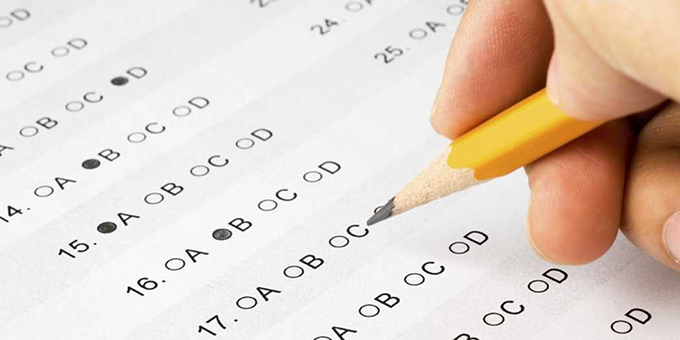 I can’t emphasize enough how scary it is to work in higher education. Granted, if you’re an administrator, you’re guaranteed pay raises and advancement no matter how poorly you do your job, but if you’re an academic, you’re on eggshells all the time.

The reason for this is our systems are loaded down with bureaucrats whose very job is to find faculty guilty of something, and punish them for it. The most trivial accusation by a student causes insanities1 of administrators to swoop in and justify their job.

Allow me to set the scene for the latest. A law professor asks a test question. It’s a multiple choice legal question, and I’ll put a snippet here:

—it’s a long and detailed question, as this course is training in advanced skills.

Now, I granted the question has a vaguely sexual nature, but this sort of stuff comes up often in lawsuits, so it doesn’t seem overboard. The question offers a choice of 4 answers, after it describes the case in detail, regarding whether there was harassment:

(A) Yes, because T had established that A was a servant who was placed into A’s position as an Aesthetician, which enabled A to harm to T.

(B) No, because T expressly and impliedly consented to A touching T in any manner that was reasonable for A to provide the FB service that T requested.

(C) Yes, because P benefited from the revenue paid by T to P for services performed by A.

This is the kind of stuff legal students should know. Two students complained about the nature of the question. In the olden days, admin would be an actual faculty member, would take 5 minutes to look at the question, and tell the students to calm down and focus on learning.

But now we have whole fiefdoms whose entire purpose is to search out and investigate in the manner of a witch hunt. The fiefdoms also get to mete out punishments, and even administer those punishments…the gentle reader can guess how often faculty are found guilty in this system.

I emphasize: 504 days to investigate the students’ complaint, over one test question, a question that takes all of 5 minutes to read. Again, actual faculty would have dismissed the case, because actual faculty care about education and research (i.e., the whole point of higher education), and not so much about not making students uncomfortable.

But admin cares about justifying their job, so you’d better believe they’ll spend well over a year, blowing a million or more of student loan money on what should have been a trivial investigation. It isn’t just the faculty under investigation who live in fear: we all know that stepping out of line, an invisible line only administrators can see, could just as easily subject any us to a year or more of purgatory.

So, the committee of witch hunters takes forever to investigate (read?) this one frickin’ question. Well, at least we can take comfort in that, given how much time admin put into it, they’ll come to the right decision and dismiss the complaint, right?

…administrators determined that Robinson would be required to undergo mandatory sensitivity training, prior administrative review of future test questions, and classroom observation. Robinson also received a stern warning that any further “violations” of the university’s Title IX policies may result in his termination.

What a beating! I’ve talked about that “sensitivity training” before, it’s excruciating. He’ll have a further humiliation of needing administrative approval for his test questions, and classroom observations. The gentle reader needs to know how nerve-wracking it is to have clueless admin sit in your class and tell you how to do your job (I remember spending a decade at a community college, and every “classroom observation” was given by an utterly unqualified administrator, who nevertheless felt the need to make idiotic suggestions every year).

You want to bet every other professor on that campus will make sure nothing (arbitrarily) objectionable comes up in their class? How do you teach anything if you can’t push boundaries even a tiny bit?

Look, I’m no fan of lawyers, but we really do need to train these people to deal with unsavory questions. The chilling effect here is not restricted to just this one school, because out-of-control administrative fiefdoms occupy many schools. It’s why professors are reluctant to teach rape law—if one student doesn’t like the topic, even though it’s the subject of the course, he could have his career destroyed.

The institution here does have a free speech policy, and promises to grant it to faculty. I’ve never seen administration honor policy when it gets in their way, in fact, I’ve seen them violate policy at every opportunity where doing so is in their favor.

The Foundation for Individual Rights in Education wrote to Howard on June 16 demanding that Robinson’s sanctions be removed. Howard did not respond by FIRE’s June 30 deadline.

–of course they didn’t…why should they care at all?

The professor can certainly try to fight for what should be an obvious right to ask questions but I know what will happen if he tries to appeal the ruling of the insanity…they’re reject it. This just isn’t a system designed for fairness, it’s designed to support and reinforce administrative power in every way.

The decision for professor Robinson here is if he wants to undergo the punishments, or take his own employer to court, which, naturally, could take a year or more to resolve.

Focusing on how this matters to the typical reader: why would you want your kid to pay $100,000 to get anything at all out of such an insane system?