“Your teacher was wrong!” It’s a phrase many a high school or university student has heard. As practising and former science teachers, we have been challenged with this accusation before.

Whereas those with advanced science understanding (including the students’ lecturers and high school teachers) may well say their previous teachers were “wrong”, “incomplete” might be more appropriate. These teachers were probably right in selecting age-appropriate scientific models and teaching these in age-appropriate ways.

If we were to put Einstein in front of a year 7 class, he might well present content to those students way beyond their level of understanding. This highlights a common misunderstanding of what is (and isn’t) taught in schools, and why.

Teaching at the level of the students

In this article, we will use understanding of forces in science to demonstrate this gradual progression and evolution of education.

In Australian schools, forces are taught from kindergarten (foundation) to year 12. Throughout their education, and especially in primary education despite the various challenges, it is more important that students learn science inquiry skills than simply science facts. This is done within the contexts of all science topics, including forces.

Stages of learning are a long journey

Before a child can learn about the science of the world around them they must first acquire language skills through interactions with adults such as book reading (particularly picture books).

In preschool and kindergarten, play-based learning using early years learning principles is particularly important. Dropping objects such as rocks and feathers to see which falls faster, or what sinks, might lead to comments like “heavy things fall faster” or “heavy things sink”. Of course, this is “wrong” since air resistance is not being considered, or density relative to water, but it is is “right” for five-year-old children.

At this age, they are learning to make observations to make sense of the world around them through curious play. Children may lack a full understanding of complicated topics until they are capable of proportional reasoning. 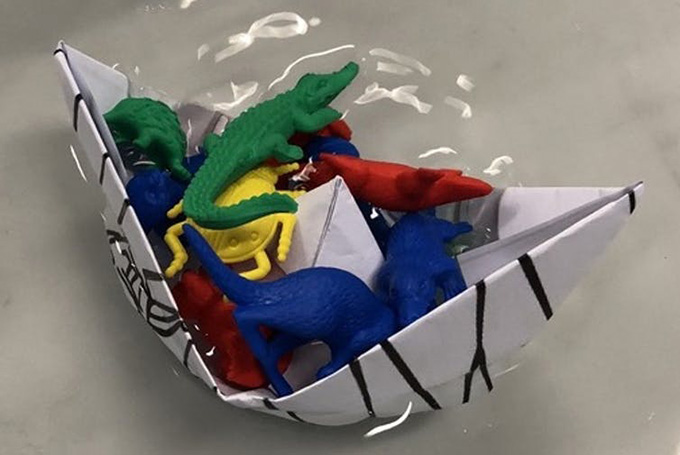 In junior high school, students learn about Newton’s Laws of Motion through various experiments. These typically use traditional equipment such as trolleys, pulleys and weights, as well as online interactives.

In senior years, students examine uniform acceleration and its causes. As well as performing first-hand investigations, such as launching balls in the air and using video analysis, students need higher mathematical skills to deal with the algebra involved. Strictly speaking, they should take into account friction, but ignoring it is normal at this level. 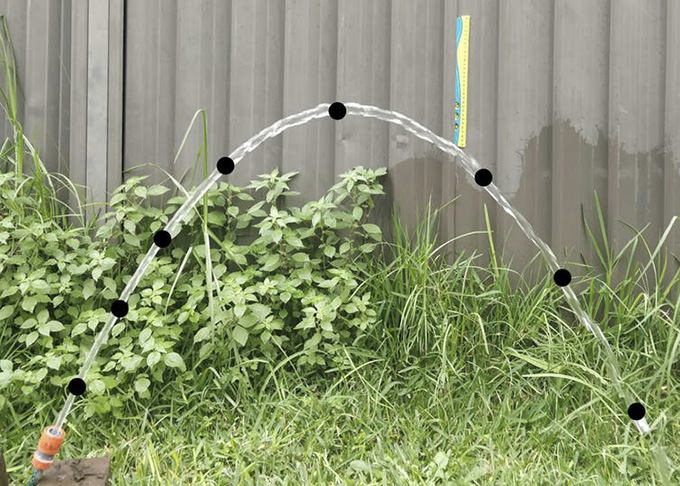 Online simulations are particularly good for this topic. Our research has shown simulations can have a statistically significant and positive effect on student learning, particularly with the student-centred opportunities they present. (They are also very useful while learning from home in lockdown.)

Have a go at the simulation below.

Students then extend their learning to Newton’s Universal Law of Gravitation. Students now need to apply higher mathematical skills, with further algebra and potentially calculus. Although this model is incomplete, and cannot explain the orbit of Mercury (among other things), this knowledge was enough to get us to the Moon and back.

Getting beyond Newtonian physics and its limitations, undergraduate students learn Einstein’s General Theory of Relativity where gravity is not thought of as a force between two objects, but as the warping of spacetime by masses. To tackle this content, students need the mathematical prowess to solve Einstein’s nonlinear field equations. 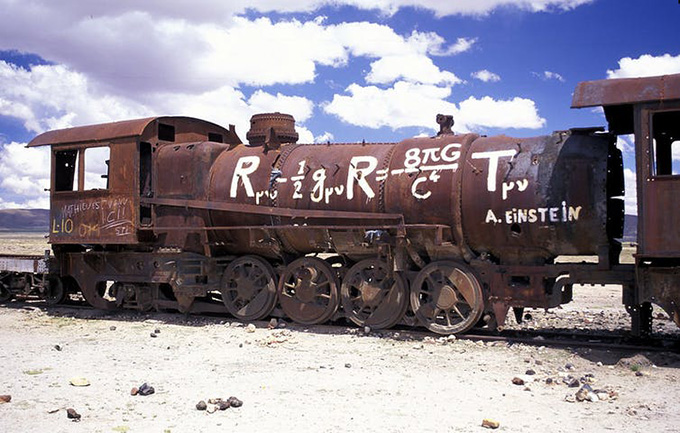 So have we finally reached the correct view? No, general relativity does not provide a complete explanation. Theoretical physicists are working on a quantum theory of gravity. Despite a century of searching, we still have no way to reconcile gravity and quantum mechanics. Even this is an unfinished model.

Teachers aren’t “wrong’”, they are being appropriately incomplete, just as Einstein was incomplete. So how can we avoid such accusations?

Perhaps the answer lies in the language we use in the classroom. Rather than say “This is how it is … ” we should instead say “One way of looking at it is … ”, or “One way to model this is …”, not as a matter of opinion, but as a matter of complexity. This allows the teacher to discuss the model or idea, while hinting at a deeper reality.

Is Einstein actually wrong? Of course not, but it is important to realise that our models of forces and gravity are incomplete, as with most of science, hence the academic pursuit of higher knowledge.

More importantly, our teachers understand the process of introducing students to increasingly sophisticated models so they better understand the universe we live in. This matches their cognitive development through childhood.

Learning is a journey, not simply the end point. As the aphorism attributed to Einstein states, “Everything should be as simple as it can be, but not simpler.”

Author Bios: Simon Crook is Honorary Associate, School of Physics and Tom Gordon is a PhD candidate. Sydney University Physics Education Research (SUPER) group both at the University of Sydney

This article was co-authored by Paul Looyen, Head of Science at Macarthur Anglican School and Content Creator at PhysicsHigh.