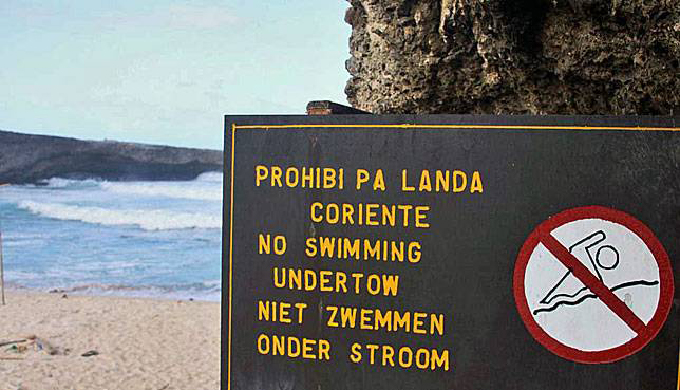 Currently, the command of another language (especially English) is a necessity for young people because of the many job improvement opportunities that this can offer them and because it also facilitates the search for a job within their own country.

English is becoming a demand in almost all sectors and there are many people who regret not having learned it. So much so that fluency in the language is sometimes required for jobs that will never make use of it. Companies, and even schools, prefer to lose a good professional due to having a low level of English.

For Spaniards, it is one of the pending subjects, both in the workplace and in the education system. Although research indicates that the problem is gradually falling in terms of language level, Spain is still at the bottom of the ranking of European countries.

The causes of failure

Over the years , the causes of failure have been studied and the reasons for the low command of this language have been sought. One of the main explanations for why we resist is because of the differences between the number of phonemes used in Spanish and English speech. The experts determine almost twice as many phonemes in English, 44 sounds, compared to about 24 in Spanish . However, other countries whose languages ​​have a number of phonemes similar to Spanish demonstrate the opposite, since their level of English is above ours.

Another cause that we usually mention is the moment in which the language is introduced as a subject. Until recently it was in Primary Education. This is in conflict with the opinion of the experts, who pointed to the Infant stage as the most appropriate time to start in the foreign language.

Over time, other theories related to the ideal age to learn languages ​​have emerged. A recent study conducted by MIT places the favorable age around 18 years.

On the other hand, the conditions and socio-cultural circumstances of our country have hindered contact with the original language . In Spain, as in some European countries, almost all films are dubbed. The percentage of cinemas that broadcast films in the original version with subtitles is still very low. The countries of Europe that prefer dubbing are Austria, France, Germany, Italy and Spain. Those who prefer the subtitles are Belgium, Denmark, Finland, Greece, Luxembourg, Portugal and Sweden. Whether coincidental or not, Denmark, Sweden, Norway and Luxembourg are among the countries that best speak English.

Some classifications reflect the level of English in each country related to the dubbing of films. Opting for the original version with subtitles would certainly help familiarize us with the language. Listening to the original voice of Brad Pitt would be a success! But society should be prepared for it because the dubbing industry, which, by the way, is one of the most important in the world, could disappear, and maybe it is not the time.

There was a wrong way to teach

The most important cause of the low level of English seems to be the way teachers used to teach this language in the classroom. An erroneous method focused on grammar and written expression, almost completely excluding oral expression and listening comprehension, has led the Spanish school to suspend in this foreign language.

It is often said that Spaniards have learned an English that no one outside of Spain understands or that we know irregular verbs better than native speakers.

On occasion, we are surprised at how little we understand when listening to an English speaker. Many prefer to receive an email in English to have to have a conversation over the phone because they can understand much better what they read than what they hear.

According to the form of transmission of language (oral or written) and according to the role exercised by the individual, four communication skills have been determined: oral expression (seeking coherence and meaning to speech), auditory comprehension (understanding the message, ideas from which speech and feelings), reading comprehension (capturing what is read) and written expression (ability to manifest thoughts and feelings in a coherent way).

Language is a skill and not a knowledge, therefore, by not training any of the four basic skills in its acquisition, it does not materialize and creates differences in level between understanding, writing, reading and speaking.

The failure of the system in the teaching and learning of the English language in schools has led to the need to drastically change educational policies and create bilingual schools. English becomes an important pillar of Primary and Secondary Education, and since 2018 also of Early Childhood Education, within the public system.

From 1996, when the Spanish schools adopted bilingualism (Spanish-English), the autonomous communities were configuring their own model. This concept was not new in the country, since many communities are bilingual and children have studied in both languages ​​(for example, the Decree of Bilingualism of August 1, 1979 officially established the teaching of the Galician language ). 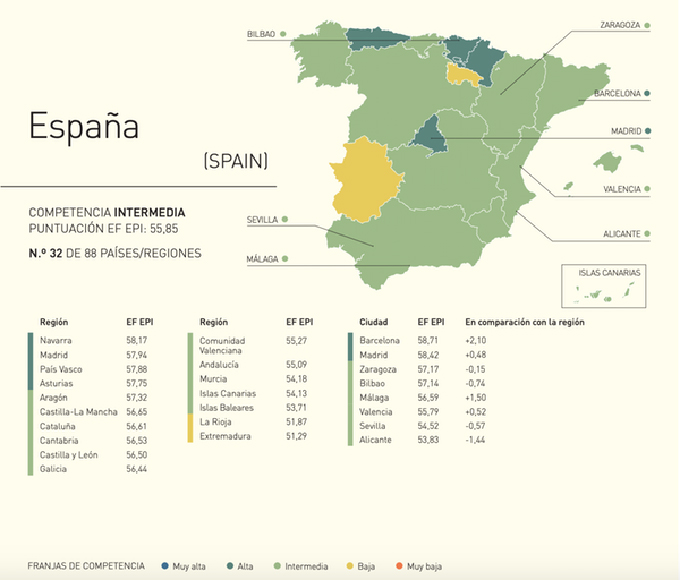 Levels of proficiency in English by autonomous communities. EF / EPI 2018

What did arise was the creation of bilingual schools. But students study certain subjects in a language whose use is not supported by the environment in which they live, whose parents almost do not speak it and whose native speakers can only be found through the figure of conversation attendees in schools or through of expensive private lessons.

Given this situation of “artificial” bilingualism, the pressure and responsibility falls on the school and, implicitly, on the teacher. As a result, the teacher feels pressured, since neither the science has studied his career in English in order to teach their classes in that language, nor the English language has studied science, arts or music, so it does not dominate the content of these subjects.

Everything that happens nowadays in the classrooms of the bilingual schools demands a reform in the Spanish universities, since the preparation and the learning of a professor begin in his stage of student and not in his first day like teacher. Therefore, strategies for teaching languages ​​or classroom management have to be modified. Preparation is the key in teaching in general and also in the language. Countries that bet on high levels of learning have understood the importance of good preparation.

On the other hand, the administration has to make changes, especially in the teachers’ schedule; offer more time at school to meet, plan, share and design materials.

All these questions lead us to reflect on the time that has to pass until the changes are noticeable both in the educational system and in the socio-cultural reality.

Author Bio: Angela Sauciuc is Responsible for the Teach & Learn in Spain Program at the University of Alcalá