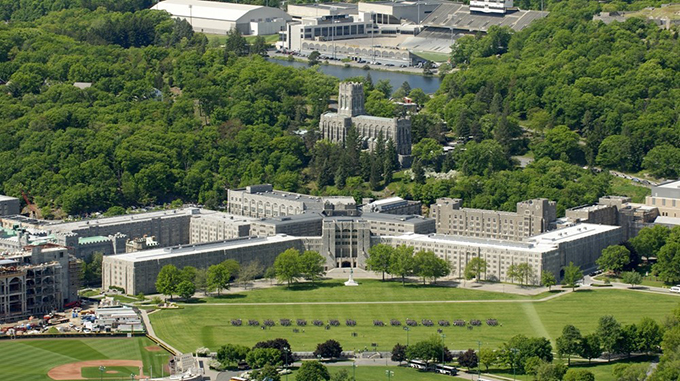 When I rant about the corruption of higher ed, I’m pretty careful to put some weasel-ly qualifiers: “most” institutions are corrupt, “most” degrees are worthless, “many” administrators are there to plunder the schools, and so on.

When I consider those schools which don’t fit the general rule, usually the schools which come to mind are those with fairly restricted admissions. I’m not talking about price restrictions, since the scammy student loans (note: no qualifier there) mean money is no object. The restrictions that matter are generally academic: the students must demonstrate they actually care about learning by performing well on admissions exams, or otherwise showing that they really, really, want to be in school (as opposed to really, really, just wanting a check).

I’ve fundamentally blamed the student loan scam for much of the corruption of higher ed, and I generally believe that the more elite schools are more legitimate. A letter recently made public has shaken these beliefs:

This is West Point we’re talking about here, the most elite military institution in the country (and probably the world). Student loans are irrelevant here. If West Point is every bit as corrupt as your typical community college, then higher education has a critical legitimacy problem.

I feel the need to point out a few things before looking as some precise allegations. First, the author of the letter uses his own name; he’s retired, and so he no longer feels threatened by repercussion for telling the truth. Second, the claims he makes are little different from claims made by professors throughout higher education (often anonymously, or made after retirement).

Other than retirement, what motivated the airing of dirty laundry here? Well, it seems like many other institutions of higher education, Leftism has infected the campus nearly to the point of fatality:

He wrote the letter in light of recent media coverage of 2nd Lt. Spenser Rapone, a West Point graduate and infantry officer who recently came under fire for his public advocacy and support of socialism and communism, and being an “official socialist organizer” of the Democratic Socialists of America (DSA).

I have to admit, this is pretty bizarre, an avowed Communist in our military is as existentially terrifying as an open Satanist serving as Pope. Communists used their military to kill tens of millions of their own citizens in the previous century, so a military whose members are required to swear to defend the Constitution, a document in diametric opposition to Communist ideals, is a military that should flat out exclude Communist members.

The 5 page letter, incidentally, is coming from a 1997 West Point graduate; like me, he realizes that the corruptive changes which have occurred in higher ed are primarily from the last few decades. Let’s look at some choice quotes:

I personally witnessed a series of fundamental changes at West Point that have eroded it to the point where I question whether the institution should even remain open. The recent coverage of 2LT Spenser Rapone – an avowed Communist and sworn enemy of the United States – dramatically highlighted this disturbing trend.

Please note in the above, that the retired professor (it must be so nice to retire exactly 20 years after graduation) has seen such corruption that he questions whether West Point should even be allowed to exist…much as I what I’d seen at community colleges. It’s so clear that some places are so detrimental to the public that supporting them with tax dollars is a huge error.

Much like everywhere else, it seems the people running the place just don’t seem to care. The professor doesn’t consider why this is the case, so allow me to attempt to answer “why?” I suspect that West Point leadership are “graded” on producing graduates—it’s not quite the same as the purely butts-in-seats model in our more typical institutions of higher education, but the end result is the same. Focused on this goal over all else, standards are irrelevant. All that matters is producing as many graduates as possible, although I’m sure butts-in-seats is a factor as well.

Thus it is that even an avowed enemy of the United States can nevertheless graduate from West Point and work to destroy the country from a position of leadership in our military…yeah, if that’s what West Point is doing, shutting it down might well be the best option.

Every fall, the Superintendent addresses the staff and faculty and lies. He repeatedly states that “We are going to have winning sports teams without compromising our standards,” and everyone in Robinson Auditorium knows he is lying because we routinely admit athletes with ACT scores in the mid-tens across the board. I have personally taught cadets who are borderline illiterate and cannot read simple passages from the assigned textbooks. It is disheartening when the institution’s most senior leader openly lies to his own faculty-and they all know it.

You don’t have to be faculty at West Point to have your bosses lie to your face repeatedly, I assure the gentle reader. What? There are students at West Point who are basically illiterate? I’m shocked, shocked, to hear of such a thing. To clarify, I’m shocked to hear we have it at West Point in particular, since most every school in the country has plenty of illiterate students, particularly (but not exclusively) student-athletes, soaking up tax dollars.

The cadet honor code has become a laughingstock.

Regular readers of my blog know that cheating on our campuses is overwhelming, integrity on all levels is a joke at many institutions. Now, a military school doesn’t just warn students against cheating, it asks its students to obey an Honor Code, a set of rules that mandates behavior far beyond “don’t cheat.”
Why is this code being abandoned? Well, the same reason cheating is overwhelming on our campuses today. More next time.