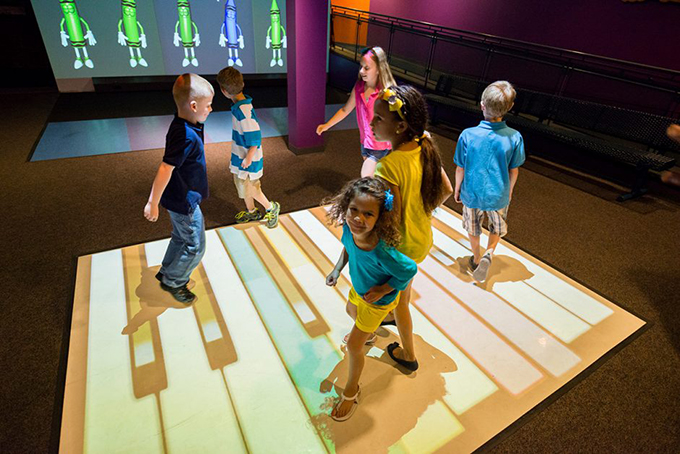 Without realizing it, the technological boom of recent years has produced a change in our social paradigm.

In a natural way, we share our routine with technology, both professionally, personally and socially as well as for leisure. This is a very different picture from other decades. Now, from early childhood, it is directly or indirectly integrated into the daily reality of children.

However, despite its functionality and usefulness, it is inevitable to see how these changes are transforming their habits, giving rise to a series of physical, mental or social problems.

Are the physical activity recommendations followed in Spain?

Many researchers have observed a close relationship between these problems and technology.

Today, it is not uncommon to find instruments in our homes that can influence physical inactivity or obesity, increasingly at a younger age. We speak, among others, of smartphones , tablets , computers or game consoles.

The increase in sedentary behaviors in today’s society represents one of the main health problems of the 21st century. As confirmed by the Spanish ANIBES study , 55.4% of the child and youth population do not comply with the international recommendations for physical activity.

In fact, Spain is among the countries with the highest rate of childhood obesity. In 2020, according to the Nutritional Study of the Spanish Population (ENPE) , 35% of the population between 3 and 24 years old were overweight or obese.

From these data it can be deduced that spending too many hours in front of the screens leads to a decrease in movement, the practice of active leisure and sports activities. Sometimes even from one’s own social relationships.

According to the recent recommendations of the World Health Organization (WHO) , children under 5 years of age who are already walking should do at least 3 hours of physical activity spread throughout the day.

For its part, what is recommended for children or adolescents between 5 and 17 years of age is an average of 60 minutes of daily aerobic physical exercise. This, in addition, should be complemented with activities that strengthen muscles and bones 3 days a week.

How do we get used to maintaining an active lifestyle?

To achieve optimal development, both physical and intellectual, it is essential to create healthy habits from childhood. The “customs” acquired in these stages tend to be repeated during the rest of adult life, as different investigations have shown.

By occupying much of the child’s routine, school becomes a suitable place to develop such habits. Therefore, in order to educate and train in healthy use, the attraction and familiarization of technology in minors becomes a challenge for teachers.

According to the latest studies carried out by the Association for Media Research (AIMC) , Spanish children spend almost 5 hours a day in front of a screen.

We are aware of the confrontation between the practice of active mobility in childhood and the time dedicated to digital leisure. An alternative in favor of improving health would be the use of active video games or exergames , which involve physical activity.

Exergames: a new proposal for teachers

As trainers of professionals in the education sector, we want to generate instruments so that future teachers can integrate them into their future teaching practice.

It is true that there are many platforms , such as Nintendo Wii , Microsoft’s Kinect or Sony’s Play Station Move . However, they have a number of limitations. Without going any further, the economic availability to acquire them or the need to have a specific device and a television for their operation. The latter also restricts the playing space.

Faced with this situation, we are encouraging teaching students to create “active interactive games” through presentation programs such as PowerPoint, Genially or Prezi.

Although their original function is not intended for that purpose, they are a resource available to the majority of the academic population. In addition, they allow the integration of video, music, images or text in the same program.

For its execution, you only need a mobile device that allows its reproduction. In this way, the minor can carry it with them at all times regardless of the space. This favors mobility depending on the type of game created, so far, scape rooms , circuits with different tests, motor stories, dances or other activities of body expression and gymkhanas .

The inclusion of these video games in the school day and in leisure not only favors the educational process in which to work on different aspects of the school curriculum. It can also attract those students who are more reluctant to practice physical exercise, seeing it as a game (a conductive tool for childhood learning).

In this way, the conception that interactive games are passive can be left behind. You can put an active twist on using technology.

Its application could help reduce current levels of sedentary lifestyle and improve physical condition. Also socialization and comprehensive development both at a cognitive and academic level of those who practice it.

Author Bios: Juan Carlos Dobado Castañeda is Professor in the Degree of Early Childhood and Primary Education of the Faculty of Educational Sciences, Adriana Nielsen Rodriguez is a Research Personnel in Training, specialization in Early Childhood Education and Psychomotor Development and A. Ramón Romance Garcíais in the Human Motor Laboratory, Body Expression Area all at the University of Malaga