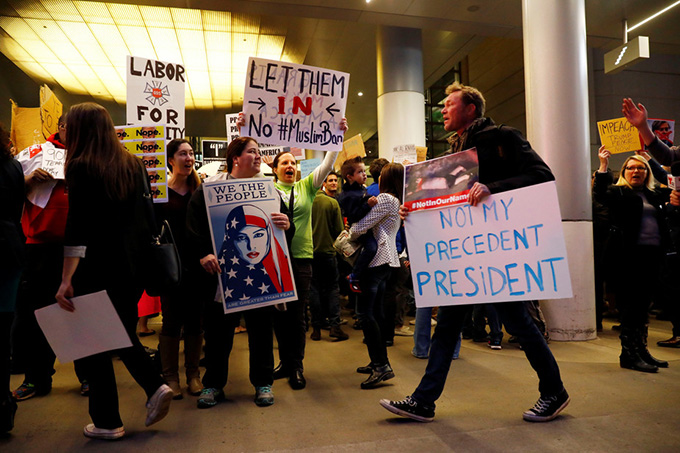 President Donald Trump has signed an executive order preventing nationals of Iran, Iraq, Syria, Sudan, Yemen, Libya and Somalia from entering the US. Syrian refugees are indefinitely banned, and other refugees are banned for 120 days. It’s not clear what comes next.

During his campaign, Trump also stated his intention to remove all 11 million “illegal immigrants” from the country. The nation is waiting to see what will happen to them.

In migration studies, there is a general lamentation about the eroding of the “politics of compassion” and the development of what Hannah Arendt and Rony Brauman called “politics of pity” that has replaced compassion, empathy and justice. Compassion takes place when the person suffering is in front of the person who is not; pity occurs at a distance.

The road from unstable emotions to hard entitlements – rights – is one we must travel if we are to transform human values into meaningful and effective programs that serve precisely those who need our empathy and solidarity most.

This exercise is not related to any culture, be it Islamic or Western. Some countries belonging to the former culture have received Syrian refugees (Turkey, Lebanon, Jordan) and others have not (the Gulf countries). Some Western countries, such as Germany and Sweden took in Syrian refugees; others did not.

Donald Trump, by signing this executive order, has radically redefined the politics of migration in the United States. He has indicated that his perception of geography is binary, dividing the world into Muslim-lands and non-Muslim-lands – in the very same manner that some radical Islamists do.

Jacques Derrida has argued that hospitality is always tinted with hostility and fear. Sociologists often argue that xenophobia and racism are generated by the presence of the “other”, which migrants and refugees are often characterised as.

I am alarmed by the surge of new populism in USA and Europe, which is tearing apart the universal right to asylum. The only way to counter this trend is via free debate in the public sphere. Migrants and refugees do not have to be strangers. This is where civil society and the press could step in, given the chance.

Let us take the example of a group called the Center for Political Beauty in Germany. In 2015, the center held a large-scale “burial of refugee bodies” on the lawn of the Reichstag in Berlin, complete with shovels, dirt mounds, and small white crosses.

This group produces its own accounts of the Syrian refugees crisis, challenging dominant narratives in which state ofﬁcials and journalists are the primary subjects who can speak the truth.

Anthropologists and Syrian refugees have begun ethnographic experiments using words and music, socialising weekly in a neighbourhood café, and providing courses in the some departments of anthropology in Germany, as well as activism to encourage the admission of Syrian refugees.

But even in countries that accept large numbers of refugees, incivility can grow. In Germany, the anti-Islam party PEGIDA was founded in Dresden in 2014. They have since launched various marches in Europe against Muslim migrants. 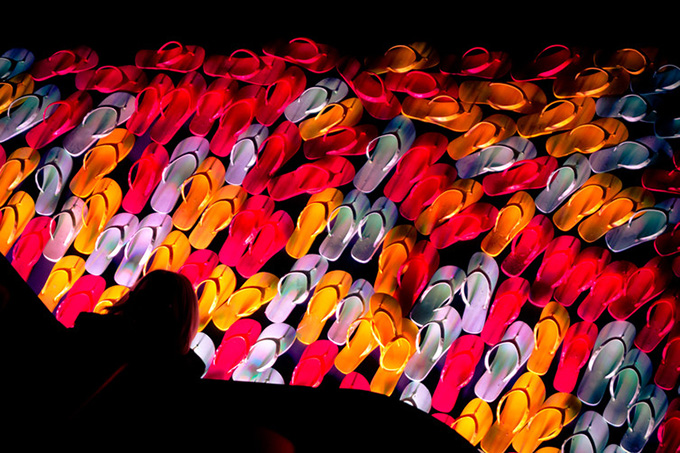 On the ‘Wall of death’, each sandal stands for five migrants killed while trying to reach Europe. Alexander Muller/Flickr,

As I write these lines, it seems that we researchers who provide knowledge about racism and migration have failed in our mission.

As educators, we should promote critical thinking. Our knowledge does not trickle down to other people on its own.

We cannot control what Donald Trump does or does not do. But, in addition to our conversations with our peers in academic outlets, we can renew our discourse and spend time with our diverse communities.

As researchers, we can foster public knowledge through mass media. We can also listen to other people’s fears. In the face of xenophobia, it’s the least we can do.

Author Bio: Sari Hanfi is a Professor at the American University of Beirut