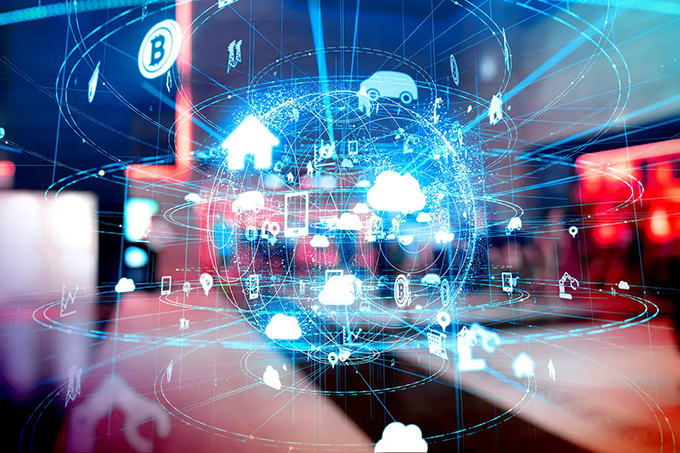 Learning to navigate the digital environment and to socialize in it has been an intuitive process for the younger generations, digital natives. But they have done it, in most cases, without adults to accompany them in the process, so they can be considered “digital orphans” .

For example: 53% of young Spanish people are unable to distinguish between facts and opinions in relatively clear texts.

This lack of accompaniment makes digital literacy essential at all educational stages, although the need has not permeated the legislative text of the LOMLOE .

The following is a decalogue of practical proposals to face the challenges of digital communication:

1. Faced with the primacy of the urgent, prudence

With a minimum technical or intellectual effort, images, texts, videos and audios can be transmitted without space limitations. This has turned urgency into a kind of competition for the media, which often subordinates quality to immediacy.

The first aspect that young people should analyze when faced with any message that reaches them is whether the alarm produced and the viralization that accompanies it is due to the importance of the event or to the coincidence in time of a very large number of users talking about the same topic.

2. The place in the informative hierarchy

Information with a high social impact usually occupies the space of maximum relevance in the main media, regardless of its ideological orientation.

A good tip to check an apparently informative impactful content is the repercussion in the professional media and the importance that these channels grant to it.

3. Attention to the original source

Social networks and instant messaging channels like WhatsApp have turned any user into a potential mass communicator. For this reason, before any content that reaches us, we must ask ourselves two questions: if we trust the person who sent it to us and if we can also trust the original source of the message.

According to the two-step flow theory , we tend to rely more on those people who are a source of inspiration for us. That is why we must look at the primary source, that is, the one that generated the content, even if the person who sends it to us is an authority on the matter for us.

4. Better a little and well than a lot halfway

Too much information produces misinformation. It has been shown that the average attention time to content in the digital environment is 8 seconds . Although it is true that there is room for a lot of informative content on the internet, users consume it in a very short time.

Attention must be educated to correct this tendency to simultaneously attend to multiple tasks and applications, and perform digital detoxification exercises, specifically on the control of the time of use of the mobile.

5. Watch out for hook holders

Although the internet is a prodigious tool due to its ability to store and connect large amounts of information, the reality is that digital channels tend to offer short and attractive content, generally designed to capture our attention. This reality, which in journalism is called clickbait (hook holder), is directly linked to the decline in the quality of journalistic information and the loss of trust of citizens in the media.

Media literacy would help users avoid the trap of the headline hook, by allowing them to discern which specific topics are important and which ones they are interested in delving into. A simple practice is to create lists of trusted sources (for example, professional media and prestigious journalists) in social networks, to quickly and efficiently find the most relevant and verified content.

6. Do not fall into the trap of emotionalism

The appeal to emotions as a plot device to capture the attention of the public is not necessarily harmful, except if it is used excessively and causes that attention is not paid to what is relevant. The news often emphasizes the anecdotal and the frivolous of an event, ignoring the fundamentals.

It is known as the orchestra pit syndrome : if two great leaders are on the stage of a theater, one of them announces a proposal that will achieve peace in the world and the other, in an oversight, falls into the orchestra pit, the front page news will be the fall.

The challenge of media literacy is to ensure that the audience does not remain in the anecdotal and manages to take advantage of emotionalism to get to the fundamental problem.

Social networks and messaging systems are communication channels with very few control measures over issuers and content. The presence of false profiles, such as bots, make it practically impossible to prevent the viralization of malicious content.

Given that the user’s attitude in the selection of channels is key to combating misinformation, there are several simple verification routines that can be taught in the classroom: one exercise consists of generating a list of aspects that must be checked before validating a contents.

These elements would give rise to a kind of “credibility traffic light” that would allow knowing the level of guarantee of what has been received before deciding to retransmit it. This prior reflection allows us to know if we contribute to making true content viral, and how we can improve the networks with our contributions, denying or completing the falsehoods that we receive.

It is known that social networks are operated by algorithms that select content for us based on our web browsing history. Because of this system, effects such as the so-called “media sounding board” or the dangerous “bubble filters” are produced , which reduce our perception of the outside world.

You can play with the algorithm to design your profile so that it learns to link to a variety of reputable sources. Teenagers must be able to understand that what appears on their networks is only an intentional fragment of reality, artificially constructed. It is not that it is false, but it is incomplete, as the Nigerian novelist Chimamanda Ngozi Adichie rightly defined in The danger of a single story .

One of the most worrying effects of the spread of fake news is social polarization and the spread of hate speech. Along with emotion, misinformation often seeks to radicalize society and divide citizens into ideologically opposed groups. In this sense, populists are experts at choosing words and manipulating contexts to provoke emotional reactions among users.

But populism can be combated with media literacy. In the classroom, text analyzes based on populist language can be proposed and, as a game, encourage young people to distinguish facts from opinions, to detect different opinions and understand the foundations of each position, to refute opinions, to distinguish reasoned opinions, to increase the number and variety of opinions, etc.

10. Self-censorship and spiral of silence

Contrary to the most optimistic forecasts, the Internet has caused the resurgence of certain perverse effects already detected in the mass society of the 20th century. The German sociologist Elisabeth Noelle-Newmann described this sort of self-censorship in her work De Ella The Spiral of Silence. Public Opinion: Our Social Skin .

The author’s thesis is that, faced with the dominant opinion, the individual tends to remain silent and reserve his own opinion, and even consider the possibility that he is the one who is wrong in the face of the majority.

A kind of spiral of silence has been installed in the digital society: the fear of suffering lynchings on the networks, of causing unwanted ruptures between groups of family or friends, etc., frequently leads to self-censorship and the fear of expressing publicly our opinions, which ultimately represents a serious injury to the fundamental right to freedom of expression.

To counteract it, we must value interpersonal communication in small groups of trustworthy people, instruct in the art of debate and dialectics, to learn how to properly present one’s own ideas.

Media literacy is not only a pending issue in our educational systems, but also one that cannot be postponed. It is urgent to educate from childhood in the use of communication tools as powerful as digital ones.

It is not about sowing fear or propagating negative thinking towards new technologies; Quite the opposite: the challenge is to understand the potential of these tools and to assume that people, from the school stage, need to learn how they work and how to use them.

This approach also poses a challenge for educators, who need specific training in Social Communication to identify the causes and effects of misinformation. The objective is common and shared: to build a future based on knowledge of the truth, on freedom of opinion, on democracy and on the guarantee of the defense of human rights.