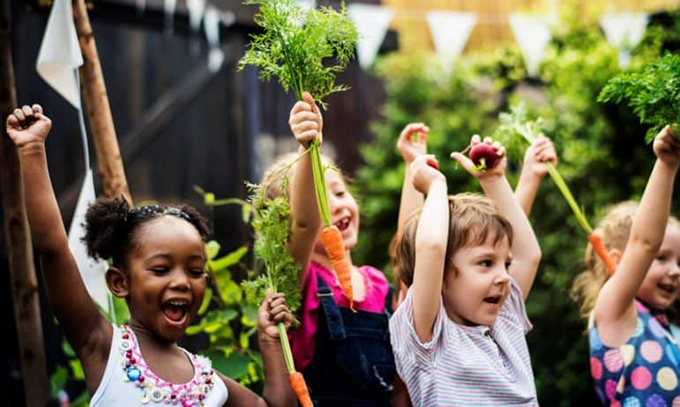 A “farm-to-school” movement is growing fast across Canada.

More than 40,000 students were eating local fruits and vegetables at 150 Ontario schools during 2017-18, via the Tasty Ontario Tuesdays program.

Led by the southwest branch of the Ontario Student Nutrition Program (OSNP), supported by the Greenbelt Foundation and Foodland Ontario, this program has purchased and delivered over $55,000 of local produce to schools from Ontario farmers.

Farm-to-school is a long-established phenomenon in the United States. The health impactshave been well-researched and the economic benefits, such as the creation of new jobs, have been documented.

As a former OSNP practitioner and Arrell Food Scholar at the University of Guelph, I am researching the economic impact of the spread of these programs throughout Ontario, with my PhD adviser John Smithers. Our research will examine the farm-to-school phenomenon as an agri-food value chain and assess how these programs might evolve to expand the scope and sustainability of local food systems in Ontario.

Little attention has been paid to this “farm” side of the farm-to-school equation, or how small and medium-sized farmers can benefit from this rapidly expanding market and adjust their practices to meet the needs of schools.

“Farm-to-school” in Canada includes preschool to campus initiatives, all of which strive to put more healthy, local food on the minds and plates of students.

While models and activities are unique to each school and community, common to all are their efforts to: bring healthy, local food into schools; provide students with hands-on learning opportunities that foster food literacy; strengthen local food systems and enhance community connectedness.

As such, these initiatives have been found to offer many educational, health, agricultural, environmental and economic benefits.

Farm-to-school is not a new idea. Agricultural specialists and teachers have been supporting school gardens, greenhouses and agricultural courses since the early 1900s. Inspired by the U.S. farm-to-school movement, a new wave of grass-roots activity began in the mid-2000s in pockets across the country.

Ramping up in Ontario, the first centrally co-ordinated farm-to-school program started in Kent County. Located in southwestern Ontario between Lake St. Clair on the west and Lake Erie on the east, this area produces approximately 20 per cent of all vegetables grown in the province.

Despite this, as the former student nutrition co-ordinator Elaine Lewis shared, “our people in Chatham-Kent are low in their consumption of fruit and vegetables.” And the Chatham-Kent farm-to-school program emerged in 2014 to fill this gap.

Since then, similar farm-to-school programs have been offered by OSNP and have expanded across southwestern Ontario to London-Middlesex, Oxford, Elgin, Grey and Perth counties.

In Dufferin County and Caledon, Ont., the Headwaters Food and Farming Alliance offers a different flavour of farm-to-school programming. Farmer-led workshops in school and monthly local food boxes for students and staff are a sample of the initiatives, which help students explore local foods and farming life.

In 2016, Farm to Cafeteria Canada administered grants to 50 schools in Ontario and British Columbia to support farm-to-school salad bar lunch programs. And in 2017 they announced expansion to three other provinces — Québec, New Brunswick and Newfoundland and Labrador. The initiative is now in a total of five provinces, across 92 schools (and 14 campuses).

A dozen agencies including the Public Health Agency of Canada, the Whole Kids Foundation and The Heart and Stroke Foundation have now invested more than $3.5 million to scale up farm-to-school through a new pan-Canadian initiative: Farm-to-School Canada Digs In!

“The students were lined up and peering through the (glass) door,” shared one parent and program co-ordinator. “It was like the salad bar lunch was a rock concert and the students were diehard fans.”

Farm-to-school programs are rapidly growing across Canada but there has been little research to evaluate their potential to support local food systems and economic development.

Farm to Cafeteria Canada’s School Food Map shows a glimpse of this expansion; over $16 million of local food purchases have been self-reported to date.

Local Foods to School: Reconnecting the Children of Haida Gwaii to Their Food and Their Land from SPARC BC on Vimeo.

In recognition of this growing movement, the first National Farm-to-School Conference will be taking place on May 16-17, 2019, in Victoria.

We hope this research makes it easier to get more local food into schools, and re-connect children to the farmers that grew it.

Author Bios: Amberley T. Ruetz is a PhD Candidate in Geography and Arrell Food Scholar and John Smithers is a Professor of Geography both at the University of Guelph