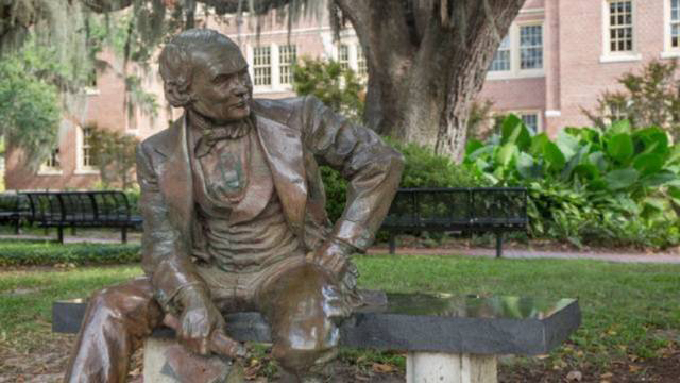 We’re trained as a people to respect the sanctity of the vote. If the people vote a certain way, then that’s the way it should go. I can’t quite break that conditioning, as it does strike me as a decent way to make decisions, at least up to a point (hi Bill of Rights!).

Trouble is, this process has been corrupted. I’m not simply talking about voter fraud here, although that’s pretty huge and another factor. The problem I have with how it’s done today is, if the people vote the way the leaders want (and the leaders have endless money and other capacity to convince people to vote that way), then it very quickly gets done that way, and the issue is never addressed again.

For example, I’d love to have another vote on income tax, since it’s clearly gone far beyond what it was promised to be (namely, only a tax on the very wealthy)…but, too bad, my grandfather apparently voted for it, and so we’re stuck with it forever. I’d love to be able to vote to get rid of all the victimless traffic fines—the typical response when people see a highwayman’s car (i.e., “police car”) on the road today is fear because of their primary activity. But, somehow, that vote option never seems to come up again.

Even when the vote can’t come up again, the leaders really drag their feet when it comes to enacting “the will of the people” if they can get away with it (Hi Brexit!). Of course, if the leaders are powerful enough to simply overrule the vote and do what they wanted to do in the first place, they’ll do that, and nowhere are leaders more powerful than on campus, leading to today’s topic:

The Leftist takeover of our campuses is often presented as a student-initiated movement, but I have my doubts. The above campus had a statue of Jefferson’s grandson on it, and somehow the lunatics running the place were offended by the grandson of someone who owned slaves. I guess they had reasons:

the Students for a Democratic Society (SDS) chapter at FSU had spearheaded a referendum in 2016 calling for the Eppes statue’s removal on the grounds that he was “especially racist” and “especially pro-slavery.”

For years now, the weapon of “RACIST” has been bashed against the head of every enemy of these guys. Bottom line, it’s been used so much it’s blunted. So now they have to label people “especially” racist for the weapon’s blows to even register. Sheesh.

And so that statue needed to go. I still suspect this has as much to do with his relationship to Jefferson as with his own, alleged, actions. What has happened to us as a people that we’re remotely capable of holding a grandchild responsible for the actions of a grandparent who died scores of years ago? For what it’s worth, a Leftist hellhole called North Korea does hold grandchildren responsible for the actions of dead grandparents (click the link you don’t believe me)….I only mention this because it really seems like the goal of the Leftists running so many of our campuses may well be to turn them into little North Koreas.

Much like with Donald Trump’s Hollywood star, it seems the lunatic left is determined to erase even trifling evidence of things they don’t like, such as the liberty Jefferson thought was a good idea. But there needed to be a vote, and the students voted very strongly (70%) to keep the statue. Good for them! If they had voted to remove the statue, I assure the gentle reader it would have been removed overnight, and there would never be a vote to put the statue back.

Our leaders, oh so eager to extoll the virtues of democracy when it goes their way, have a completely different view when the vote goes against them (hi Hillary!). The Poo Bah of this campus is no different and simply overrules the student vote:

…he will not only remove the Eppes statue, but will also seek legislative approval to erase former Florida Supreme Court Justice B.K. Robert’s name from the main building at the College of Law.

–I won’t bother to address the un-personing of Robert. It’s sick that the dead are being attacked this way for beliefs which were pretty common in their day, however.

And…that’s that. I’ve said many times the power our campus Poo-Bahs wield is absolute, and I feel this is an unarguable example. The worst case scenario, assuming any fallout from the gross abuse of power, is the Poo-Bah will be removed, and granted a huge golden parachute on the way out. To add insult to injury, he’ll use his fluorescent virtue-signaling here in boldly overruling a vote and bravely having his minions destroy a statue to land another plum position in higher ed in short order.

I grant that this is petty tyranny, but I assure the gentle reader: if this is the lengths these Leftists will go to over something as piffling as a statue, you can bet they’re more than willing to destroy all of higher education in pursuit of their ideology.

There is a small protest against this abuse of power, but it’s irrelevant:

The FSU College Republicans vehemently condemned Thrasher’s decision in a statement on its Facebook page, saying the school’s president “has decided to cave in to the whims of the loud minority…in lieu of listening to the overwhelming 71.7% majority of FSU students who voted to keep the Eppes statue in place less than two years ago.”

The gentle reader should understand there is no call to remove statues of Lincoln, or even Martin Luther King, Jr., even though they too were less than perfect. The people who disagree with these historical figures have too much decency to assault the dead, you see, and that’s something the Poo-Bah here, and others of his ilk, simply do not possess.

In the meantime, any prospective student considering going to college should absolutely avoid this place, as there’s no reason to suspect education will be a priority here. Instead, the priority will be whatever the Poo-Bah wants it to be, namely, plenty of loot for himself and advancement of ideology, as per the tenets of campus edu-fascism.

Tags: the will of the people