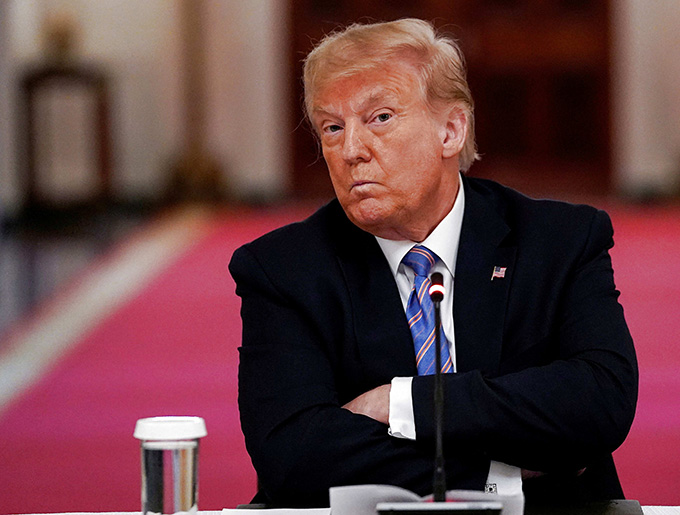 The federal government spends just under US$55 billion per year on K-12 education, in addition to outlays for early childhood education and post-secondary programs like loans and grants for college tuition.

That’s just 8% of the total $720 billion it costs to run the nation’s public schools during the 2017-18 school year, the most recent national data available. 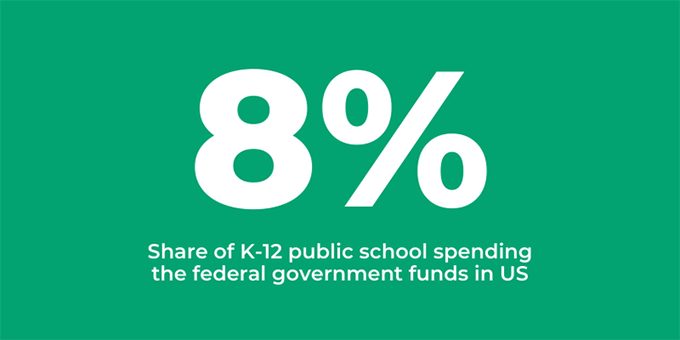 Federal funding has never surpassed 10% of total public school funding, except from 2010 to 2012 when the federal government sought to reduce the school spending cuts local and state governments made during the Great Recession.

The American Recovery and Reinvestment Act of 2009 sent $54 billion – the equivalent of $56.5 billion, adjusted for inflation, in spending today – to schools. That infusion most likely saved thousands of education jobs from budget-based layoffs. In contrast, recent federal aid provided so far, through the March 2020 CARES Act, amounts to only about $13 billion for school districts, with an extra $3 billion for governors to use for K-12 education at their discretion.

These funds may be spread even thinner if districts must allocate funds to neighboring private schools based on enrollment levels. The Education Department, led by Betsy DeVos, issued guidance with this directive, but several states including California and Indiana have pushed back, arguing that federal funds for private schools should be limited to aid targeting low-income students. 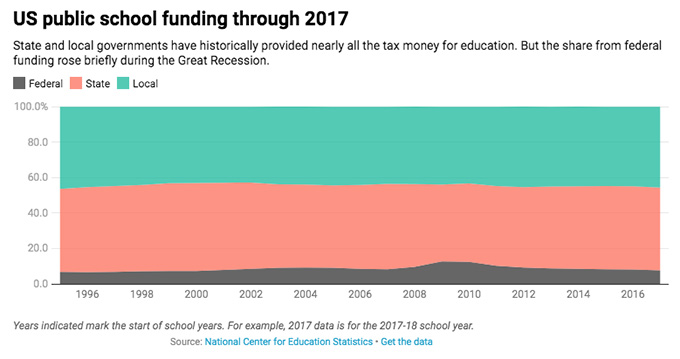 In short, federal funds make up a small proportion of total funding for U.S. K-12 education, but those funds largely serve children facing economic hardship or with learning differences.

The White House now says it may cut spending for school districts that don’t resume daily in-person instruction when the next school year gets underway, or perhaps make additional funding contingent on students being in classrooms five days a week. As a scholar of education finance, I’m concerned that this approach would harm the most vulnerable students and families. At a time when schools really need federal leadership and financial support, the administration is threatening to withhold funding from the highest-need schools.

Author Bio: David S. Knight is Assistant Professor of Education Finance and Policy at the University of Washington