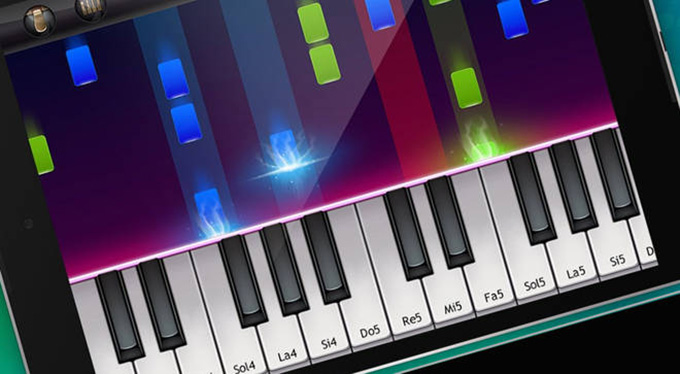 Music education notably influences cognitive development and the acquisition of psychomotor, social and emotional skills. Research carried out in the field of neuroscience has also demonstrated the numerous benefits on brain plasticity of constant musical practice from the infant stage.

However, for the digital-born generation, the early stages of conventional music learning, which typically focus on repetitive, frustrating, and boring exercises, can be a major hurdle and difficult to overcome.

If it is shown that the qualities necessary to overcome the challenges of a video game have a correlation with those required by an educated musician – such as coordination, social interaction, synchronization or melodic and rhythmic discrimination – musical video games could be used as an effective teaching tool to motivate students to learn and improve musical perception and performance skills.

The technical improvements that occurred in digital sound during the last decade of the 20th century laid the foundations for the development of new types of video games in which the manipulation of musical sounds formed the center of game mechanics.

The first rhythmic action music video games such as Dance Dance Revolution (DDR) (Konami, 1998), Guitar Hero (Harmonix, 2005) or Rock Band (Harmonix, 2007) were based on a structure that required players to activate the different buttons of a controller in the form of a musical instrument, as in the last two examples or on a dance platform as in DDR, to be able to interact in rhythmic synchrony with the sequencing of a predetermined musical score.

Although the designers of these games had not set among their objectives the development of musical skills, pedagogues and researchers saw in them a possible didactic tool to improve rhythmic competence, careful and focused listening or sight reading of scores.

A study conducted in 2011 in the United States tested the educational possibilities of the Rock Band video game to develop formal musical skills.

For nine months, we worked with a group of student volunteers between 10 and 11 years old, with little or no previous experience in the video game, who met at the Rock Band club two or three times a week. The results showed that, as the club sessions progressed, the students began to obtain better results in the conventional tasks of initiation to music, such as the repetition of rhythmic patterns, the transcription or musical dictation or the sight reading in a conventional score.

The video game could therefore be a way to stimulate students’ future interest in music learning in a more formal context. Much of the success of this research was based on the close relationships that were established between the culture of video games and the performative aspects, since when emulating a rock artist the learning experiences were wrapped under the guise of a playful group activity , which was effective, not only for regular attendance and commitment, but also for the project itself, which was welcomed as a very rewarding activity by the students.

Other research such as that carried out from the University of Kent (United Kingdom) between 2014 and 2015 have also focused part of its objectives on demonstrating the importance of the motivational and creative aspects of using music video games in the classroom.

The main criticisms of this system have focused, however, on highlighting the shortcomings that games like Rock Band or Guitar Hero have when learning the technique of a real musical instrument.

Even if a sound result is obtained, pressing the button of a controller is still a simple imitation of the gesture necessary to make the string of a real guitar vibrate. For this reason, since the beginning of the last decade, much of the effort of rhythmic action game developers has been directed at seeking the possibility of adapting the game interface to work with real instruments without losing the necessary qualities that it must possess. a video game product.

Yousician (Thür and Kaipainen, 2010) and Rocksmith (Ubisoft, 2011) were the first examples of a new series of products based on gamified music learning.

Both programs allow users to play on their own instruments – music keyboard, ukulele, guitar, electric bass, or voice – that are connected to the computer via a USB cable or external microphone. Based on a series of prerecorded tracks, which are visually represented with an unconventional notation system, the game recognizes and qualifies the player when he correctly plays or sings the notes that correspond to each moment of the piece, considering only the height and the rhythm.

The feedback the player receives is based solely on quantifiable criteria and, therefore, other more subjective but fundamental factors are not taken into account in the musical performance, such as the adaptation to the style or the emotion that the musician can print in a performance. .

With a similar system, but a more didactic approach and a defined narrative scheme, Musa (Playmusa, 2019) focuses on introducing the learning of keyboard instruments for children from six to eleven years old.

Not yet spread in classrooms

While their classroom employment is still in the minority, research to date shows that certain music video games could be used to promote music education from an early age.

The fact that children are generally attracted to video games can be used as a positive factor to introduce the development of certain basic motor and listening skills that are required to play a real musical instrument.

Their potential to promote cooperative learning and motivation through playful social interaction is also an interesting factor to consider when incorporating them as an educational tool.