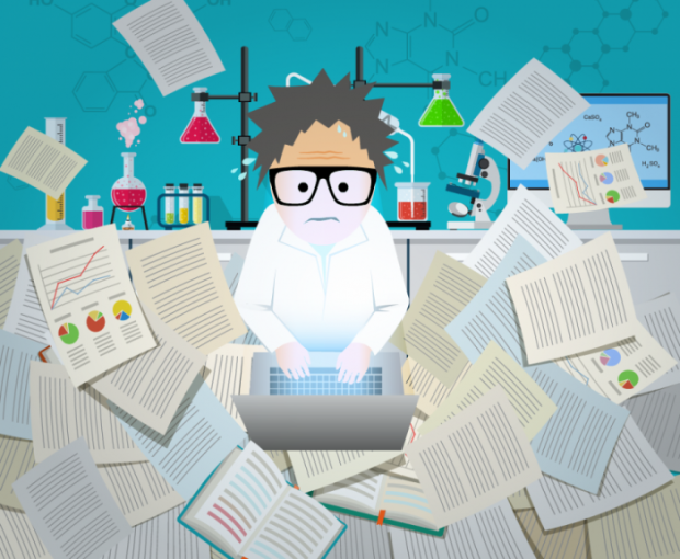 While the hard sciences are not immune to the big problem in published scientific research—much of it cannot be reproduced—the “soft” sciences, that is to say the topics which didn’t even used to be called sciences (eg, they’re called “social sciences” now, but used to just be “social studies” a generation ago) are rife with “research” which barely qualifies as such.

Scholars have long known about this problem, but there’s little we can do. The “ivory tower” nature of higher ed means we generally don’t stick our noses in other departments…even when those departments are far too arrogant to just leave everyone else alone (hi Education!).

A group of scholars, so tired of having admin say “look at the sheer quantity of peer reviewed articles those social sciences departments get published! You other scholars SUCK!” finally decided to demonstrate what a farce the far-Left of those sciences are:

…medieval religious scholar Helen Pluckrose, author and mathematician James Lindsay, and philosopher Peter Boghossian—revealed that they had pulled the greatest academic stunt in history. Over the course of ten months, they wrote 20 hoax papers in a field they termed “grievance studies,” and then proceeded to seek distribution in the world’s finest academic journals. Fully seven of the twenty were approved; four were actually published, and another three were in the process of publication. The authors were even asked to peer-review other papers based on the expertise they displayed in their academic papers.

Article I’m quoting from is by Ben Shapiro. I’m not a huge fan of his, he’s a little hit and miss in his observations. Anyway, so three guys got together and just cranked out hoax papers that sounded nice, to see if it was as easy as it seemed to get published in these very light fields.

What topics did they address?

“Going In Through The Back Door: Challenging The Straight Male Homohysteria, Transhysteria and Transphobia Through Receptive Penetrative Sex Toy Use.” This masterpiece appeared in Sexuality and Culture. Its thesis: straight men should be anally penetrated by sex toys in order to become more receptive to feminism and transgenderism, and to fight rape culture.

The gentle reader should take extra time to consider the above paragraph, to understand how truly off-the-wall “research” in these bizarre fields is. The “research” such as it, is simply an argument for anally penetrating straight men, there’s no actual evidence provided it would help fight “rape culture,” even if such exists at all.

“Human Reactions To Rape Culture And Queer Performativity At Urban Dog Parks In Portland, Oregon,” as published in Gender, Place and Culture. This article theorized that heteronormativity was underscored by watching dogs have sex with each other. This piece received an award for excellence.

Again, the above isn’t research, it’s just an argument (at best). And yet somehow papers like this bear just as much weight as a paper detailing a new cure for a disease, an easier method of solving difficult mathematical problems, or a method for saving an entire species of plant. You just crank this crap out, arguing the ridiculous—but politically correct!—thing, and receive awards for it.

Why would scholars do such a thing?

What was the goal of the hoax? The authors explained that they had amassed evidence that there is “a problem with bias in fields influenced by critical constructivist approaches and assumptions.”

That’s no shock. Constructivism is perhaps the most idiotic philosophy at work today in education, and it is also one of the most prominent. The authors of the hoax describe constructivism thusly: “an overarching (almost or fully sacralized) belief that many common features of experience and society are socially constructed. These constructions are seen as being nearly entirely dependent upon power dynamics between groups of people, often dictated by sex, race, or sexual or gender identification.”

Shapiro is being a little kind here, as there’s more to it. As more and more (garbage) papers like this get published, they gain a credibility far beyond what they deserve. Ultimately, it leads to falsehoods like “men and women are the same” because “we have many, many, scientific research papers saying as much,” even as the scientific papers provide nothing beyond politically correct words.

Constructivism turns all of that on its head. In the view of constructivists, meaning is assigned by the powerful; there is no such thing as truth to be discovered. That means that all language is malleable, all realities mere social constructions. And that means that education is all about tearing away at reality rather than learning about it.

To clarify: this is ultimately why this crap is so easily published. Since there is no objective truth, no need for actual, reproducible, experiments, all you need do to be successful is toe the party line.

Another site gives a more thorough discussion of all the scholars did to perpetrate/justify their hoax. They really were thumbing their nose at the whole debased system:

Another tough one for us was, “I wonder if they’d publish a feminist rewrite of a chapter from Adolf Hitler’s Mein Kampf.” The answer to that question also turns out to be “yes,” given that the feminist social work journal Affilia has just accepted it. As we progressed, we started to realize that just about anything can be made to work, so long as it falls within the moral orthodoxy and demonstrates understanding of the existing literature.

Even the works of Hitler can be politically correct now, as long as the right groups are targeted…yikes.

To summarize, we spent 10 months writing the papers, averaging one new paper roughly every thirteen days. (Seven papers published over seven years is frequently claimed to be the number sufficient to earn tenure at most major universities although, in reality, requirements vary by institution.)

These papers were cranked out, every other week, with the authors just taking wild shots at what topics might be publishable, and little care to any actual scholarship.

Based on their success in creating publishable gibberish, journals asked more of our hoaxing authors:

4 invitations to peer-review other papers as a result of our own exemplary scholarship. (For ethical reasons, we declined all such invitations. Had we wished to fully participate in their culture in this way, however, it would have been an unrivaled opportunity to tinker with how far we could take the hypothesis that the canon of literature within these fields gets skewed in part because the peer-review process encourages the existing political and ideological biases.)

Wow, what a missed opportunity to get inside the sausage factory. Oh well. I point out that the above offers were made despite the authors going out of their way to be terrible scholars:

The above really highlights the standards for publishing in these fields. I feel the need to highlight what happened here: admin, not scholars, took it upon themselves to give scholars awards for research. Your typical administrator in higher ed today isn’t a scholar, and is far more likely to be an ideologue than anything these. In any event, all admin can do is count the number of papers published; they simply cannot consider quality, relevance, or standards.

And so journals in less legitimate fields publish nearly everything, in a quid pro quo process with authors at other journals.

In any event, the authors of these fake studies have demonstrate their point quite well about the fundamental fraud of these fields.

Too bad admin doesn’t care about fraud…they’re too busy counting the number of papers published to care, after all.