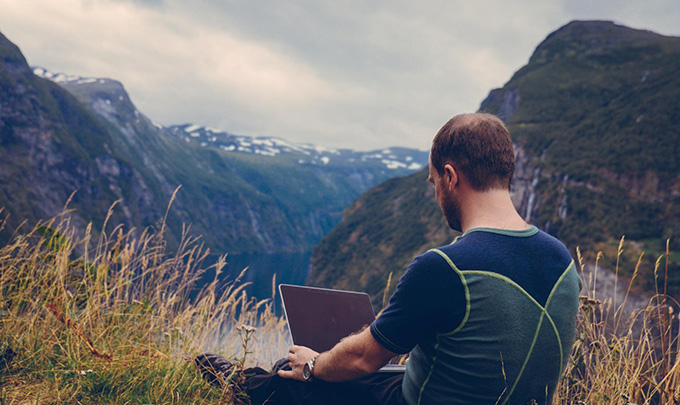 The pandemic has inspired many education leaders to predict a brave new future for higher education. The possibilities of the enforced digital transformation, they suggest, will be embraced to prepare people for an already rapidly changing economy that is now hit by the economic ravages of lockdowns.

All the feverish talk of individualised, anytime-anywhere learning, widening global participation and artificial intelligence learning assistants may well quieten down post-Covid. But if it doesn’t, one particular class of sceptic, who was told to shut up during the hectic days of forcing everything online, will surely speak up loud and clear.

I am talking about data privacy advocates. Data is a big buzzword these days. To give lifelong learners individualised instruction according to their particular educational background and needs for competencies, you need a lot of data on them. Even enrolling them in programmes, courses or modules would rely on a data-driven matching algorithm that assesses which kind of experience is effective at closing whichever gap needs to be closed in their particular class of learners.

We can obtain those data, of course. Based on all that students do online, we could have gigabytes of it regarding each individual. There are transactional data from interactions with online content, quizzes and homework. There are generated artefacts, such as presentations, essays and reports. There are course grades and credits, as well as summative exam grades. And there are summative documents such as certificates and degree documents.

But there are two problems, one technical and one legal.

On their decades-long educational journey, the envisioned migrant learner of tomorrow will leave behind a messy breadcrumb trail of data, scattered across various educational platforms and administrative databases at various institutions. Gaps in that trail will open up as platforms and institutions come and go, but even a complete trail would be difficult to follow given the technical incompatibility of many of these systems.

Gaps would also result from the regular data culls required by privacy law. Indeed, privacy law would typically forbid any institution from following the breadcrumb trail even if it were technically possible. Hence, any artificially intelligent learning coach would be rather scatter-brained and would frequently suffer from amnesia.

I do not suggest that institutions should be able to keep data indefinitely, or to indiscriminately pass it on to whoever asks for it. But what if, rather than residing at institutions, learners’ identities and data resided with the learners themselves?

This paradigm shift would overcome several hurdles. The learner would be able to see which data existed about them and determine what happens to it and who gets access it. When plugging into institutions, they would give it access to their running transcript of educational experiences, and they would take the updated transcript with them when they leave, preserving it even if the institution subsequently vanishes.

This approach is similar to what is happening in the medical sector, where the concept of a virtual patient record is gathering traction. Here, patients carry their medical records and test results from provider to provider. In the educational sector, similar ideas are floated with the concept of “learning passports.”

However, the proposed approach goes further. Institutions would still give authorisations and bestow credits, credentials and grades, but learners would provide their own identity (known as “distributed identity”) and their own data stored in their own data pods (“social linked data”, or SOLID). Even further into the future, learners would take their AI learning coach with them, too – it would be in their own employ and would interact with the institutions on their behalf.

Some potential flaws to my idea are obvious. While the idealistic view is that this approach would grant self-sovereignty to the learner, a less charitable interpretation would see it as an opportunity for the institution to offload responsibility for privacy and safekeeping.

Moreover, there are potential dangers in giving too much control to learners. Academic fraud already abounds, with falsified transcripts and fake certificates. In an increasingly global educational market, it is only getting harder to validate credentials as people apply for degree programmes or employment. If learners were in charge of storing their credentials they could freely manipulate, hide or manufacture them.

This is where the next ingredient comes in: federated blockchains of participating institutions (not the energy-devouring cryptocurrency type!). The learner would have the continuous ledger of the actual data, while the institutions would have a ledger of the fingerprints of the transactions, so they could verify them and check them for completeness.

A second major issue is a technical one: how to get there from here. In some universities, decades-old data storage systems represent billions of dollars in tuition investments and are generally highly robust and reliable. Who would dare to attempt such a radical transformation of this modus operandi?

For this reason, change would have to happen gradually. Identity management and data pods would first be emulated locally or by a trusted provider, for example. Even in the longer run, data destined for pods might have to be mirrored for a while as a fallback.

Whatever the challenges, however, this should not simply parked in the “too difficult” department. Institutions should carefully consider putting data into the hands of learners to reflect these inevitable developments sooner rather than later. If we are serious about higher education’s brave new post-pandemic future, embracing radical transformation is unavoidable.

Author Bio: Gerd Kortemeyer is Director of Educational Development and Technology at ETH Zurich. He is on leave as Associate Professor of Physics at Michigan State University.