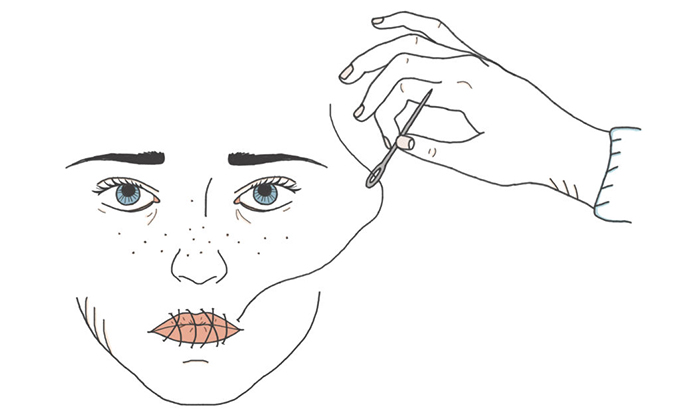 As usual, I didn’t make a fuss when it happened to me again a couple of years ago.

I had applied for a job at a middling university in southern England. I held a comfortable professorship at Newcastle University, but I wanted to be closer to my elderly parents. Four candidates were invited, but it was then announced that only three would be interviewed. After a morning of informal meetings, one of us would be asked to leave.

“Why me?” I asked when the time came.

“Because your values don’t fit.”

No matter that I would have brought seven-figure grants and prestigious publications. The fact I’d defended Brexit – or had earlier questioned some politically correct nostrums in educational research, or occasionally hang out with the academic freedom lobby – was enough to rule me out.

I’ve not mentioned any of this publicly before. One got used to this kind of rejection. Recent evidence, however, suggests that my experiences are far from unique.

At the University of Buckingham, where I am now vice-chancellor, we recently co-hosted a forum with the law firm Taylor Vinters on academic freedom. One of the speakers was Eric Kaufmann, professor of politics at Birkbeck, University of London. What I’d faced in that interview-that-wasn’t, it turns out, is called “hard discrimination” and is commonplace in academia.

Kaufmann’s team have found that about half of UK academics on each side of the political spectrum are prepared to discriminate against those on the opposing side in hiring decisions. While this might sound neatly balanced, it’s not, because the proportion of academics identifying as “right” (9 per cent in Kaufmann’s sample) is a fraction of those identifying as “left” (53 per cent). This has real-world impacts. Kaufmann quoted a “Tory leaver” academic who had “lost two senior jobs” because of his views on Brexit.

Some of the most disturbing data was on the proportion of academics in the social sciences and humanities who would support campaigns to oust a dissenting academic. If a colleague held positive views on Empire, for instance, only just over half would support their continued employment: 12 per cent would want them ousted and 35 per cent are unsure how they would feel or would have no strong feelings. It would be a similar story for someone who thought “diversity” was “negative” (9 per cent in favour of ousting, 41 per cent unsure/neutral), or who spoke in favour of traditional parenthood (10 and 36 per cent). Younger academics and PhD students are more than twice as likely to support dismissal as their older peers.

All this authoritarianism is, however, the tip of the iceberg. Even more pernicious is the self-censorship such sentiments impose. I’ve been to many academic dinners, for instance, where it is collectively taken for granted that anyone who supported Brexit is simply beyond the pale. One learns to perfect the art of grunting non-committally.

In Kaufmann’s research, 50 per cent of academics in the humanities and social sciences identifying as “right” say they self-censor, well over double the number on the “left” who do. And students have the same experience. Earlier research by Kaufmann revealed that less than four out of 10 students who supported Brexit felt comfortable discussing these views with their peers and tutors – in contrast to the nine out of 10 remain-supporting students who were happy to do so.

Why do we self-censor? In my case, I didn’t want to frighten recruitment panels. Or I wanted a grant but knew the gatekeepers would not like my political views. Many others, Kaufmann found, just want to avoid bullying.

So what is to be done? In February, the UK’s education secretary, Gavin Williamson, told Parliament that while UK universities have historically been “bastions of free thought”, they are no longer. But the government “stands unequivocally on the side of free speech and academic freedom, on the side of liberty, and of the values of the Enlightenment”. So it is going to act.

I was reminded of Ronald Reagan’s remark that “the nine most terrifying words in the English language are, ‘I’m from the government and I’m here to help.’” Is it possible that further legislation will actually lead to greater harm? You can just see the Office for Students eagerly making the “active promotion” of free speech a condition of registration – while universities find ways to circumvent the intention of the legislation while still ticking the boxes.

But what is the alternative? Universities need to state clearly and boldly, as the Russell Group did last week, their commitment to academic freedom. That alone can embolden academics not to self-censor. They need to proclaim that a diversity of viewpoints is not a physical threat to adults who have come to gain knowledge and insights, but is intrinsically associated with that aspiration.

Solutions from the grassroots are always more effective than those from on high. And defending academic freedom really should not be a hard sell to individuals and institutions that routinely profess their devotion to it.

Author Bio: James Tooley is Vice-Chancellor of the University of Buckingham.