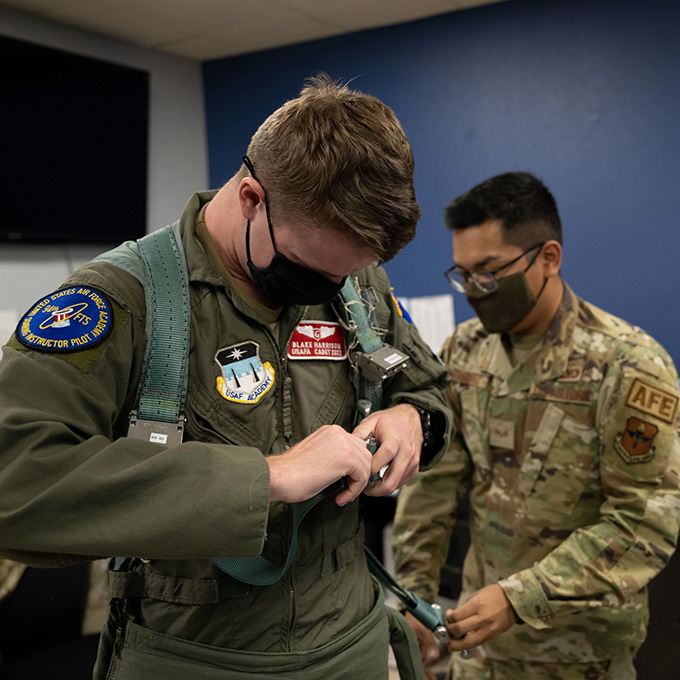 Our course explores not only how people die in the physical, biological sense but also personal and societal beliefs about dying, death, and the afterlife. We do this in various ways.

First, students write about and share their own experiences with death. Some stories involve friends and relatives who died, took their own lives, or are in the process of dying. Students also share their ideas about death.

Second, students read bestselling memoirs that deal with death and dying, such as Paul Kalanithi’s “When Breath Becomes Air” and Atul Gawande’s “Being Mortal: Medicine and What Matters in the End.”

Third, we participate in informal discussions with what we refer to as “death professionals,” such as physicians who care for patients not expected to recover, funeral directors and morticians. We also extend invitations to religious personnel such as Buddhist monks to share religious perspectives that many of us may not be not familiar with.

According to Barbara Karnes, a nurse, hospice pioneer, and educator who deals with end-of-life issues, most of what Americans know about death and dying comes from movies and TV, which do not provide accurate depictions of how real people die. We as a society need to become familiar with what dying entails. And that means talking about it.

The inevitable final part of life, death causes a variety of feelings and elicits all kinds of questions. People’s reactions to it vary widely, as do their answers to these questions. This course not only gives students the opportunity to share their experiences and beliefs but also challenges them to find a way to express as clearly as possible what they think, feel and believe.

For example, the cadets noticed that because of the stigma often attached to suicide, cadet deaths by suicide were treated as cautionary lessons. On the other hand, a cadet who was killed in a flying accident was labeled a hero. With our help, the cadets drafted a letter to the dean, who then attended the final lesson to listen to them. The cadets expressed the need to remember fellow members of the Cadet Wing and grieve with one another regardless of how a cadet died.

• Allan Kellehear’s “The Inner Life of the Dying Person”

• Atul Gawande’s “Being Mortal: Medicine and What Matters in the End”

At graduation, our students are commissioned second lieutenants in the U.S. Air Force. They may be placed in harm’s way. Before they deploy, they will be advised to draft their wills, something that most college graduates probably do not think about. As officers within the profession of arms, they may have to take the lives of others or die in defense of their country. Some of their comrades and friends may die in training accidents or in action. If a death occurs, some of these officers may assume the difficult duty of notifying the next of kin.

Death is inevitable, but ignoring it is not helpful. Our students learn that many questions go unanswered, it is all right to cry, and sometimes the best response involves touch, silence and the willingness to listen.

The course was originally designed at Emory University as part of a program meant to provide undergraduates the opportunity to have difficult discussions about death. For people unfamiliar with death, talking about it can be uncomfortable. Dealing with it can be traumatic.

The course we offered for the first time at the United States Air Force Academy was a joint venture between the departments of biology and philosophy. We knew it would appeal to biology majors. To make it appealing to students across multiple disciplines, the biologist who designed the course at Emory and was a visiting professor at the academy decided to co-teach the course with a philosopher assigned to the academy.

Author Bio: L. William Uhl is Assistant Professor of Philosophy, at the United States Air Force Academy and Arri Eisen is Professor of Pedagogy in Biology at Emory University