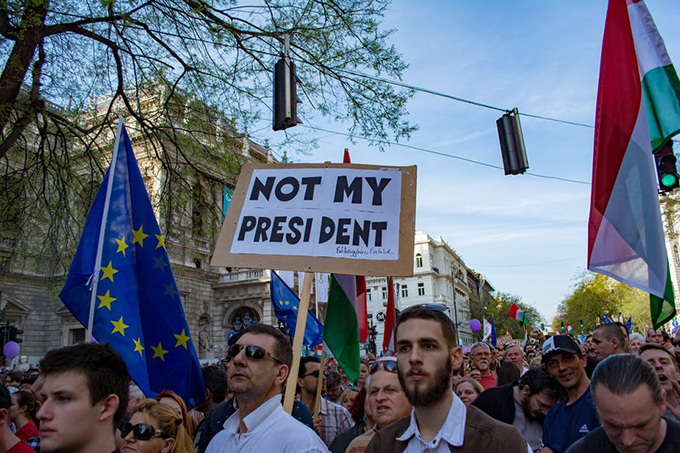 After several months of tensions between the government and the Hungarian Academy of Sciences, Hungarian academics are once again up in arms, after the academy banned two conference presentations on what many are claiming to be purely political grounds.

According to the Hungarian Free Press, one of the talks, which looked at the under-representation of women in the computer science field of open source coding, was banned due to “other aspects of the [theme] of gender”. This ban forms part of the Hungarian government’s ongoing assault on gender studies. These are attacks that have often included anti-feminist, misogynistic and homophobic comments.

In August, the Hungarian government announced a ban on gender studies within higher education. The two universities affected – Hungary’s oldest university Eötvös Loránd (ELTE), and the Central European University (CEU) founded by George Soros – were given just 24 hours to respond.

Most academics in Hungary are civil servants, payed for and directly financed by the state. And as of September 2019, gender studies will no longer be funded or recognised by the government. Students enrolled on a current course will be able to finish their degrees, but no more will be allowed to start.

The deputy prime minister of Hungary, Zsolt Semjén, has argued that nobody wants to be a “genderologist”. According to Semjén, there is no need for the course, and the definition of gender is “nonsense”. Bence Rétvári, the secretary of human resources, also claimed “the content of the course is opposed to all of the government’s system of values about humans”. The government blames the low number of graduates and a poor track record of employability for the decision.

Although the expression “társadalmi nem” (social sex) has been introduced, the word “gender” does not exist in Hungarian. Using the English word in the least anglophone EU country is confusing for many Hungarian people – which comes in handy to those who want to demonise it. The government not only seems to intentionally use the misleading expression “gender ideology”, but also questions the educational significance of a course that has already been accredited by a professional organisation.

The decision to ban gender studies does not come as much of a surprise to those following the rhetoric of the right-wing government. This is, however, the most significant of their many attacks on the subject in recent years. At a party congress in December 2015, László Kövér, one of the founders of the Fidesz party claimed:

We don’t want the gender craziness. We don’t want to make Hungary a futureless society of man-hating women, and feminine men living in dread of women, and considering families and children only as barriers to self-fulfilment … And we would like if our daughters would consider, as the highest quality of self-fulfilment, the possibility of giving birth to our grandchildren.

So in essence, Kövér suggests that the highest role a woman should aspire to is that of a living womb. Earlier this year, Kövér pushed his views even further. He argued that “genderism” is “an intellectual founding of such a human experiment that is nothing better than, let’s say, eugenics in Nazi times”.

Assault on feminism< /h4>
Given this, it is clear that the government’s goal is to directly influence what Hungarian universities deem worthy and unworthy of study – based on the dominant political ideology. In other words, the government has declared war on academia. And obviously, this sets many dangerous precedents.

For one thing, this practice is clearly anti-democratic. In fact, it contradicts the Hungarian Constitution, which protects academia from government interference. For another, setting up “gender” as the enemy of nationalistic ideologies could lead to discrimination on many levels.

The Hungarian government has also deliberately misrepresented an entire field of study and has attacked intellectual freedom. By defining strict social expectations regarding roles of women (and men), this rhetoric is an attack on the very idea of gender equality. And it also continues the government’s ongoing assaults on feminism.

Author Bio: Anna Zsubori is a PhD Candidate in the School of Media, Communication and Sociology at the University of Leicester