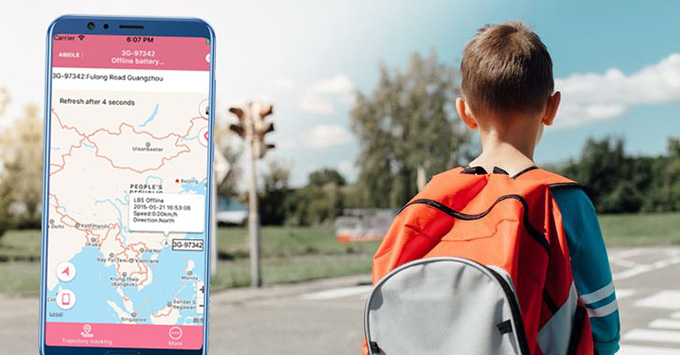 Among the strategies used by parents to monitor their children’s activities, geolocation is a practice that is both unique and increasingly common. Singular, insofar as the parental demand for transparency vis-à-vis the digital uses of their teenagers most often stops at the borders of the home, while geolocation clearly goes beyond this framework. Common too, because many mobile applications are now focused on the geographical monitoring of young people within the family circle (Find My Kids, Google Family Link, Apple FindMy, etc.)

How do young people experience being traced and what are the potential consequences of this tracing on their empowerment? How does the technical device fit into the exercise of parenthood? Finally, does the use of geolocation in the family circle play a role in communication or the relationship of trust between parents and children?

These are questions that we have explored through research consisting of a series of individual interviews conducted with parents who declared that they geolocate their child(ren) on the one hand, and adolescents who have declared to be geolocated on the other hand (which are, for some, the children of the parents questioned). Back to the main results.

According to the parents in our survey, the use of geolocation would not result from an excess of curiosity or even a desire to invade the privacy of children. This would rather reflect a desire for benevolence in the face of an external environment conducive to danger or, at the very least, to uncertainty.
It should be noted that the parents interviewed are located exclusively in urban areas, an important fact here since their testimonies highlight the risks inherent in the city: “when I see what is happening in certain neighborhoods, I am very happy when my daughter leaves and calls me,” explains Virginie, 38, a primary school teacher. A 46-year-old salesman, Stéphane adds: “when you see what happened in Nice, I tell myself that in order not to want to know where your children are, you have to be irresponsible”.

If Virginie only occasionally locates her daughter and most often waits for her call, Stéphane is more decided: because the tool is now available, not using it engages, according to him, parental responsibility. . If geographic information does not in any way guarantee the safety of children in the face of hazards that occur in real time, the verification of their location would serve to plug at least in part the reservoir of parents’ fears.

The case of neighborhoods considered “sensitive” by parents is reminiscent of the work of Clément Rivière on the identification and gradation of spaces perceived as “protected” outside the home, implying that others are definitely not.

The use of geolocation would not only make it possible to verify the position of the child, but also to situate him spatially – and therefore socially – in relation to a set of places identified as more or less reassuring in the city.

For other parents interviewed, location tracking is only done if the child does not respond to a call or prompt. This method of monitoring is not systematic, it is akin to a “last resort”, when the parental requirement to be contactable is not met.

Mohamed, a 39-year-old private executive, shows that he self-regulates in his use of the tool, because he explains that geolocating his son is “unhealthy”, except in a very specific situation: “if he doesn’t didn’t come back at the scheduled time, that he doesn’t answer the phone, that’s it… These are cases where we start to panic”.

Alexandre, a 54-year-old pastry chef, develops that it is the conformity of the geographical position of the child with that which was expected which proves to be reassuring, because he lives with “the doubt of knowing if the person is well” and the need to know if “depending on where she (her daughter) is, it’s normal or not”.

For these reasons, he “can’t stand” his daughter circumventing the limits he imposes via the application and, if she switches off her phone during the day, intends to discuss it later with her. Geolocation can therefore be imposed as the search for an answer to a non-answer, when the child is not available.

Provided it is perceived as necessary, geolocation seems a priori rather well accepted by some teenagers in our survey. Parental security discourse seems to have been internalized, for example, by Mélanie, 13, who explains that when she watches the news, “aberrant things always happen”, before adding: “at least if there is a worry, your parents know where you are”.

Elise, 14, also realized the value of geolocation following a negative experience during a city outing: “I was walking, I felt someone grab my shoulder and my mother, later, explained to me that he was a pervert. And that’s why sometimes she puts the location, it’s really reassuring for me.

However, in general, the teenagers in our sample mostly have a critical point of view on the use of parental control applications. When we ask them if something goes too far in the possibilities offered by these applications, their answers converge almost unanimously on the restriction of time spent on social networks and geolocation.

The latter “is part of the limits” (Dylan, 16 years old) since “everyone must have a private life, especially at a certain age” (Florian, 17 years old). For Julie, 16, the use of this technology is likened to a failure in the exercise of parenthood: “I find that when you are a parent, it is a failure to monitor your children like that to see if they lie or not about what they do and where they go”.

In the case of non-conformity between an expected location and a verified location, the discourse of the teenagers interviewed also highlights the violence of a tracking device that leaves little room for contextualization, and even less for concealment.

Contrary to messages or photographs, which leave a certain margin of interpretation, it seems more difficult for the young people questioned to develop a discourse to justify their geographical position when this does not conform to what was expected.

If several of the teenagers in our survey have already experienced this situation, we will retain the testimony of Xavier, 15, who did not know that he was geolocated by his father when he missed a remedial lesson to go find a friend and play. Got video games. Upon returning home, he experienced a technology that left him little opportunity to chat with his parents:

“(My father) asked me if I had gone to support, I lied (…). He showed me the tablet and you can’t say anything against it, you marked everything, where you were, what time…”

Thus presented on the screen, the objective data leaves much less room for the subjectivity of exchanges and discourse. For Xavier, the tablet – which displays the history of his movements – acts as proof and imposes itself against all forms of argument. This legal metaphor highlights the trust placed in the reliability of digital devices and geolocation data in particular: the tool does not lie, and the data displayed prevails over the teenager’s word.

Trust put to the test

In this context, the use of geolocation is not without consequence in intra-family relations. For example, since he learned that he was geolocated, Xavier declares that this episode has profoundly upset the mutual trust between his father and him. The rupture took place on both sides, because by providing proof that the teenager was lying about his movements, the device, according to him, highlighted that his father doubted him: “if you don’t have a doubt, you’re not going to try to install something like that”.

Julie and Océane also feel “a lack of confidence”. The young girls emphasize their age (15 and 16 respectively), which could show that they perceive a certain infantilization in this parental supervision.

This tension in the recourse or not to the tool can be on the side of the parents, in particular in the case of shared custody: “I have already spoken about it several times with my ex-wife, she has her way of doing with girls, I have mine, we don’t have the same vision in this area”, explains Mohamed. The father argues about the source of this disagreement: “Trust is important, if you police your children, there is no trust. And if there is no trust between a father and his son, it is really not good”. The geolocation of relatives therefore highlights a plurality of asymmetries between individuals, depending on whether they are at the origin of the tracing or whether they are the subject of it.

The possibility of supervising without being supervised, the difficulty of disconnecting without the supervisor being notified or even the prevalence of the data on the speech of the supervised play a role in the amplification of the imbalance between better and better parents. informed, and their children who have to deal with more and more presence and activity checks.

While the supervision of young people’s digital activities remained spatially limited to the home alone (consultation of web history, subsequent verification of photos taken, installed applications, etc.), geographical monitoring directly questions the learning of youth mobility. unaccompanied and could therefore appear as an obstacle to the autonomy of adolescents, in addition to being the subject of tensions in parental and subsidiary relations.

Author Bio: Yann Bruna is a Lecturer in Sociology at the University of Paris Nanterre