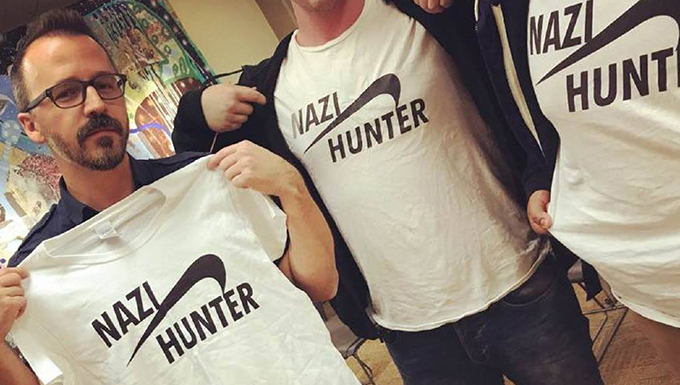 George Ciccariello-Maher, associate professor of politics and global studies at Drexel University, has resigned his tenured position.  In an announcement on Twitter posted today, Ciccariello-Maher wrote, “after nearly a year of harassment by right-wing, white supremacist media outlets and internet mobs, after death threats and threats of violence directed against me and my family, my situation has become unsustainable.”

“[T]enure is a crucial buffer against those who would use money to dictate the content of higher education,” the announcement said.  “We are all a single outrage campaign away from having no rights at all, as my case and many others make clear.  The difference between tenure-track faculty and the untenured adjunct majority — which has far more to do with luck than merit — is a difference in degree not in kind.  Tenured faculty need to defend the rights of all faculty, at all levels, from attacks by the Right and white supremacists.”

The controversy surrounding Ciccariello-Maher began a bit more than a year ago, when he tweeted: “All I want for Christmas is white genocide.”  The tweet went viral, with many demanding that Drexel fire him.  At the time Drexel issued a statement disavowing the tweet, which it called “utterly reprehensible.”  Although the university did not accede to demands for Ciccariello-Maher’s dismissal, as I wrote on this blog its response was “simply wrong.”

“To label these comments as ‘reprehensible’ or even just ‘disturbing’,” I wrote, “is both to take sides in an essentially political dispute and to pass judgment on the private views of its instructors.  If the university publicly labels one faculty member’s tweet ‘reprehensible,’ is it not obliged now to comment on other tweets by faculty members? Who will judge where the boundaries between reprehension, neutrality, and approval lie?”

In April, Ciccariello-Maher was again in the news  when he tweeted about an airline passenger in first class who gave up his seat for a uniformed soldier.  “People are thanking him. I’m trying not to vomit or yell about Mosul,” he wrote. Ciccariello-Maher said he wasn’t trying to attack that particular solider, but to question how we make symbolic gestures of support for the military without examining the impact of military actions.

Then in October the university placed Ciccariello-Maher on leave after he tweeted about the mass shooting in Las Vegas, noting that the shooter was a wealthy white man and blaming “Trumpism” and the entitlement of white men for the deaths. “White people and men are told that they are entitled to everything. This is what happens when they don’t get what they want,” he wrote. And “the narrative of white victimization has been gradually built over the past 40 years.”

The university said at the time that it was suspending Ciccariello-Maher not because of his views, but for his safety and that of his students, given the threats he was receiving.  The professor responded in an essay in The Washington Post, in which he acknowledged receiving death threats, but argued that Drexel was wrong to suspend him in response to those threats.  “By bowing to pressure from racist internet trolls, Drexel has sent the wrong signal: That you can control a university’s curriculum with anonymous threats of violence,” he wrote.

Although we appreciate that the stated reason for the action to suspend Professor Ciccariello-Maher is a perceived threat of immediate harm, the administration apparently did not consult with a duly constituted faculty committee prior to imposing the suspension.  Further, an e-mail message from you to Professor Ciccariello-Maher that accompanies your October 9 letter states that you “hope to have concrete plans by the following week to minimize any disruption” to Professor Ciccariello-Maher’s students, implying that his suspension may extend indefinitely.  Indeed, you have yet to provide a firm end date for it.  Under AAUP-recommended procedural standards, “a suspension which is not followed by either reinstatement or the opportunity for a hearing is a summary dis-missal in violation of academic due process” (Interpretive Comment No. 9 on the 1940 Statement).

In his October 10 Washington Post op-ed, Professor Ciccariello-Maher wrote that, by suspending him, the Drexel administration “bow[ed] to pressure from racist internet trolls” and “sent the wrong signal,” namely, that “you can control a university’s curriculum with anonymous threats of violence.”  He further suggested that the suspension threatened his academic freedom and tenured status.  We share these concerns, which remain unaddressed absent consultation with an appropriate faculty body, as required under Regulation 5c(1).

In addition to its negative impact on this professor and his students, the suspension makes things worse for campus debates and for campuses themselves.  Here’s a quick scorecard, followed by an analysis of the larger context.

Academic freedom?  Drexel managers didn’t defend it.  They acted as though it is subject to unilateral administrative limits, which will further encourage internet trolls to call for its restriction.

Safety?  Faculty suspension doesn’t increase anyone’s safety, including Ciccariello-Maher’s.  Drexel has now made him look like a more legitimate target by putting him in the wrong.

Satisfying the volatile right?  This will seem to them like a slap on the wrist, which will egg them on.

Getting closure on the controversy?  The suspension of a tenured faculty member made Ciccariello-Maher’s tweets into national news.

Drexel’s leaders were most likely engaging in risk management and brand management.  They failed on both counts.  If there is an actual danger to some person or group’s physical safety, then officials should call in the police or other investigators.  The blanket banning of a professor from the classroom doesn’t increase campus safety.

Even the National Review chimed in to defend academic freedom.  As Theodore Kupfer wrote on that magazine’s website,

Administrative mandarins on campus are motivated by a desire to avoid public-relations problems and keep their fund-raising bureaucracies alive.  They care little for free expression.  Their justification for placing him on leave (an indefinite suspension that is generally paid) is to protect his own safety.  Administrators, however, shouldn’t enjoy the benefit of the doubt, and it’s hard to shake the suspicion that the real culprit is bad PR.  Though Ciccariello-Maher’s tenure does not appear to be vulnerable, a tenured professor has still been barred from the classroom — and tenure exists to protect the expression of controversial positions.

There are no charges that Ciccariello-Maher has done anything to justify punishment.  His words are his own, not plagiarized; Drexel does not claim he mistreated students or absconded with school property.  By the lessons of experience, and the lights of reason, his ideas are wrong.  Yet tenure protects the right to be wrong, and Drexel awarded him tenure knowing the nature of his convictions.  No matter the discomfort of its administration, the school ought not to reverse that decision.. . .

Conservatives would be ill-advised to celebrate his suspension today.  Tomorrow, the condemned might be someone they admire.

But Drexel did not relent and Ciccariello-Maher and his family have continued to be targets of threats and harassment.  Now he has had enough.  Here is the full text of his statement:

After December 31, 2017 I will no longer work at Drexel University.  This is not a decision I take lightly; however, after nearly a year of harassment by right-wing, white supremacist media outlets and internet mobs, after death threats and threats of violence directed against me and my family, my situation has become unsustainable.  Staying at Drexel in the eye of this storm has become detrimental to my own writing, speaking, and organizing.

In 1956 Frantz Fanon resigned his psychiatric post at a French clinic in colonial Algeria with the observation that, “there comes a moment when tenacity becomes morbid perseverance.”  This rings true for me in the present moment: certain morbidity has set in, and the same racist social structures that Fanon confronted impose their reality on us with a fury that increases by the day.  I look forward to deepening my research, my writing, and my political organizing in the service of those movements most capable of confronting the urgent tasks of the present.

We are at war and academia is a crucial front in that war.  This is why the Right is targeting with thinly veiled provocations disguised as free speech.  My case and many others show just how cynical such appeals are, and how little the Right cares about academic freedom.  They will continue to attack me and many others, but from these attacks new unities spring dialectically forth: an upsurge in new AAUP chapters and the establishment of the Campus Antifascist Network (CAN), among others.

To faculty: tenure is a crucial buffer against those who would use money to dictate the content of higher education.  But in a neoliberal academy such protections are far from absolute.  We are all a single outrage campaign away from having no rights at all, as my case and many others make clear.  The difference between tenure-track faculty and the untenured adjunct majority — which has far more to do with luck than merit — is a difference in degree not in kind.

Tenured faculty need to defend the rights of all faculty, at all levels, from attacks by the Right and white supremacists.  Only then can we build campus solidarities that transcend such artificial boundaries among faculty — and beyond, to campus workers and students as well — solidarities that will be the last line of defense in what is today a losing battle for universities.  We need to fight to defend our place in academia against assault from the racist Right, but we urgently need to realize that the struggle for academia is part of a far broader fight.

In the past year the forces of resurgent white supremacy have tasted blood and are howling for more.  Given the pressure they will continue to apply, university communities must form a common front against the most reprehensible forces in society and refuse to bow to their pressure, intimidation and threats.  Only then will universities stand any chance of survival.

To my students: you have earned my admiration and the admiration of many by standing up for your rights.  I hope and believe that you have learned by putting into practice — by marching and protesting — lessons in power that too often remain within the classroom.  And I hope and believe that you will take these lessons to whatever is next — and something will be next.  I look forward to continuing to support and work with you informally, whether in reading groups, in the streets, or both.

In the face of aggression from the racist Right and impending global catastrophe, we must defend our universities, our students, and ourselves by defending the most vulnerable among us and by making our campuses unsafe spaces for white supremacists.

The entire academic profession must condemn the burgeoning epidemic of targeted harassment of faculty — and of students.  Professor Cicciarello-Maher bravely stood up to this onslaught for as long as he could.  It is now up to the rest of us to pick up that banner.  Whether or not your political views are consistent with those enunciated by Professor Cicciarello-Maher, it is the duty of all of us to heed his advice to “defend our universities, our students, and ourselves.”

Here is a video interview with Professor Ciccariello-Maher from earlier this Fall: