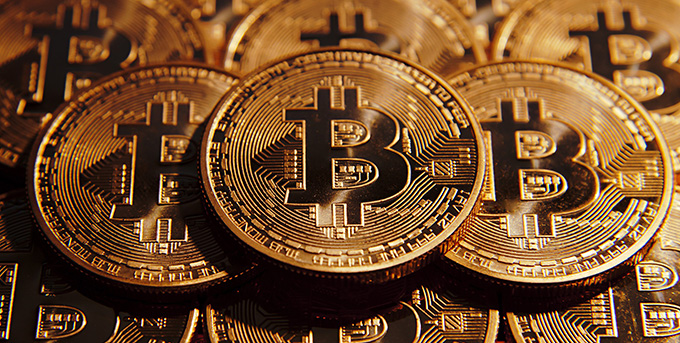 I was a professional stockbroker and investment banker before I went into academia, and it is my blog, and so I feel entitled to talk a bit about the insanity in our monetary system…there’s much to say, so much that I’ll be rambling a bit trying to just hit the highlights.

I’ve mentioned before that the current Fed experiment of reducing interest rates to nothing and simply handing over huge sums of money to the banks has been wreaking havoc on our financial system, and not just by eventually destroying every pension fund in existence.

The “zero interest rate” experiment has also done considerable harm to the average investor with only basic skills and (if he’s sane) minimal tolerance for risk…how can he make money, or even preserve what he has? Reducing interest rates to nothing means that the classic investment for a low-risk investor, bonds, is stupid. Most bonds are paying far below the actual rate of inflation human beings endure right now (and now there are negative interest rate bonds, obviously paying less than the Official Government rate of inflation). Buying bonds is a definite losing proposition.

Most people have responded to the lower bond interest rates by pouring money into risky stocks…but it’s a sucker’s game. Although the mainstream media screams how great the stock market is doing, there are thousands of stocks out there…and most all the gains can be attributed to a very few stocks. Amazon is pretty much it, most every other stock is a loser.

Besides, stocks are ridiculously manipulated by our government; it’s impossible to tell just how much of the stock market is being propped up by the government’s “plunge protection team” and outright buying of stocks by the Fed (yes, it’s illegal for it to do so, but it’s a simple matter for the Fed to lend to foreign bank friends, with the understanding that the money will be spent on stocks…we should ask questions about whether this is a good idea, at some point). Nothing stops foreign governments from just printing their own money to buy stocks, either.

Seriously, a hurricane devastated Houston…and the Dow Jones didn’t budge. The US just took 200 billion dollars’ worth of damage to a hub of major economic activity, and that’s not reflected in stocks? Obviously, something is very wrong here. If you’re not an insider, you’ve no business in a market this artificial.

A conservative investor has little option but to stay on the sidelines…and thus keep his cash as what we call “money,” which I’m going to crudely refer to as anything that can be quickly enough converted to dollars.

Plato defined money thousands of years ago, but great as he was, he used a weasel word in his definition of money, when he said money was a “store of value.” What’s value? It’s an important detail, but let’s pretend we value money in whatever form. I’m only going to mention stocks, bonds, cash, gold, and Bitcoin here because there are all pretty much money—you can quickly assign a dollar value to them and within at least a week, get that value. Real estate, for example, doesn’t really count because you might get an appraisal, but it’ll still take weeks or months to find a buyer, with no guarantee he’ll offer the supposed value.

So, staying out of stocks and bonds, what kind of money should you have?

An investor could keep his money as dollars, but there’s a problem here beyond simply losing value to inflation. Our government steals money from its citizens now, and steals more than actual (non-Government) thieves. A cop finds you with a wad of cash, he can just take it. This sort of “legal system” is probably a bad idea and is a big factor in why government is taking more than thieves (and I’m not even considering taxation here)…we should probably ask questions about that at some point, too.

So actual physical cash is a bad idea. Put it in the bank? Well, that has risks as well, as investors who read the world news know. Either way, fiat dollars as a store of value is a problem; we all know that government’s “1.5% inflation” is bull$#@t, there’s not a single expense of mine that isn’t up over 60% in the last decade (if not more), and my friends in other parts of the country say it’s about the same. Cash is better than negative interest rate bonds but still an obviously bad investment.

So, what other money is there?

Gold seems like a good idea but has some serious problems right now. Again, “value” is a problem since ultimately gold’s value is a matter of opinion (an opinion humans have held for thousands of years, to be sure, but still just an opinion), as opposed to value our dollars have due to the many guns our government has. The situation for gold is worse than just opinion, however.

Much like our markets, gold is heavily manipulated by our government. Gold is traded as a commodity, but with one weird quirk. See, with most commodities, you can go to the market and buy “paper” versions of the commodity via a contract. For example, you can buy 20 tons of potatoes, on paper, to be delivered 3 months from now. You put some money down, and pay the rest at the end of the contract, if you want the physical commodity.

These types of transactions are called options contracts (I’m simplifying greatly here, bear with me). After a specified period of time, you can trade in the contract for the actual commodity (in which case you have to write a huge check, and better have a place to store what you just bought), or just take a check for the difference between the current price of the commodity and whatever you agreed to pay months earlier (and, if the current price is lower than it was before, you might get nothing, so these types of contracts can be very risky).

Now, these contracts make sense for big business. If you’re, say, McDonalds, you might want 20 tons of potatoes, and you might want to know what you’ll be paying for them, when the crops come in. So, for the privilege of knowing what price you’ll pay at worst, you buy a contract, and use it if the price of potatoes is higher than you thought it might be. Speculators can buy them, too, making (or far more likely losing) fortunes in a matter of days, or even seconds. Unless you’re Hillary Clinton, of course.

Anyway, at the end of the contract, McDonald’s can write a big check and quite literally get a trainload of potatoes.

Gold is different. Although you can buy it as a commodity, there’s a special quirk. For some reason, you legally cannot get the gold you’re paying for. At the end of the contract, you can write a huge check and you’ll get….a huge check. You trade paper for paper. It’s all paper, and the end result is, if you have the ability to print an infinite amount of dollars, you can sell an infinite amount of paper gold, completely controlling the price. No amount of buying will cause the “value” to rise relative to dollars, and if McDonald’s ran the risk of only getting a check instead of actual potatoes, McDonald’s would ask for a contract where it can get the potatoes; there’s no similar option for gold, all you can get is paper.

Investment firms go nuts trying to guess what gold is going to do, because the gold market is fake, and gold does not at this time qualify as an investment.

So, it doesn’t matter that China/Russia/India is buying massive amounts of physical gold, the price only moves if the government allows it, because it can just sell paper gold all day long. China’s opened a physical gold commodities exchange, so, someday, this ‘paper gold’ issue will collapse and there’ll be a whole bunch of people holding slips of paper but not actual gold. The current ratio of imaginary paper gold to actual physical gold being traded is around 200 to 1, every ounce of physical gold could have 200 people with a piece a paper saying they own it, to give an idea what a mess it will be when that day comes. Whether that day is next week, or in 500 years, my crystal ball is unclear.

Gold, stocks, bonds, dollars are all forms of money, and all are under the absolute control of the government, making them all pretty risky investments at this point in time, with no way to know the “real value” (whatever that means) of these investments.

Now comes the new kid on the block: Bitcoin.

Bitcoin used to be the primary money of the free black free black market, you could use it to buy a hit of drugs…and it wasn’t worth much more than that for years (say, $10 or so, just to give it a number). Then, the guy who was running the biggest free black market, “Dread Pirate Roberts,” was arrested, four years ago.

Government naturally moved to steal his money, but to do so, Roberts would have to give them the passwords to his Bitcoin wallet. “The Fifth Amendment,” said Roberts, who rightly noted that giving the passwords might incriminate himself. He got to keep his money.

Across the world there was an important revelation:

Bitcoin is money not controlled by government.

This is what began the big run on Bitcoin, to $100, to $300, to $1000, to now over $4,000 and even breaking $5,000 recently. I don’t want to go into detail as to what, exactly, Bitcoin is, but it’s amazing that these non-physical items are now (as of this writing, the dollar values may change dramatically up or down at any time) are now worth over three times the price of an ounce of gold. That’s a pretty good indication how fake the gold market is: imaginary coins are worth more.

Now, people are buying Bitcoin, much like countries are buying gold. There’s an important difference:

There is no paper Bitcoin market.

The issue isn’t (physical) gold is worth less than Bitcoin…the issue is Bitcoin isn’t controlled by any government. You can buy things with it, not just drugs. The IRS considers Bitcoin a capital investment (much like, say, stocks), but at some point there will be major transactions completely outside of the dollar system (“Trade me your house for 100 Bitcoins”) and we’ll get to see the courts decide if the government can set dollar values on everything even more directly than they do now.

Of course, the government could pass a law saying Bitcoin cannot be used for transactions, but some countries, crushed by the Fiat System (hi Japan!) have actually legitimized Bitcoin as a currency. Considering Bitcoin’s roots in the free black market, government attempts to ban its use probably won’t be particularly successful, although many attempts are in the works, potentially destroying Bitcoin overnight. I doubt it’ll happen, but it’s a legitimate risk. Similarly, I doubt a solar storm will fry all the electronics on the planet, also annihilating Bitcoin overnight…but it could also happen.

So, sure, Bitcoin is risky in today’s incredibly manipulated financial environment. Everything’s risky. But if you want to know why Bitcoin is skyrocketing, why everyone knowledgeable about what’s going on in the world today is interested in Bitcoin, I’ll put the important detail down again:

Bitcoin is money not controlled by government.