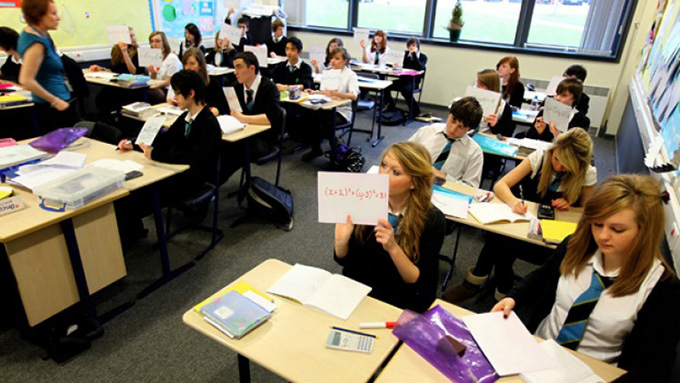 Few subjects generate as much controversy in England as grammar schools do. Advocates uphold them as “a driver of social mobility” with the belief they can provide a ladder of opportunity for poor but able children.

Critics on the other hand, see them as socially divisive; the remnants of an outdated system that disproportionately benefits middle class children, while labelling others as “failures” early in their educational careers.

But while people hold strong opinions on the benefits (or otherwise) of grammar schools, these opinions are often not actually underpinned by a robust evidence base – research showing a clear answer either way doesn’t actually exist.

And because there is (and always has been) such a mixture of school types in England, it is impossible to get a clear picture of the system-wide benefits and drawbacks of selective education.

So with this in mind, I have answered some of the key questions surrounding the grammar school debate using evidence both for and against selective schooling.

1. Do grammars provide better opportunities for bright but poor students?

It is clear that grammar schools get better results in examinations than schools that do not select according to academic ability. But then it would be extremely surprising if they did not.

The problem though with arguments about the “ladder of opportunity” that grammar schools are alleged to provide, is that relatively few poor students – academically able or otherwise – are actually in grammar schools. Certainly those few state-maintained grammar schools that remain in England have very low numbers of children eligible for free school meals.

“Yes” – and “no”. Middle class children are disproportionately represented in grammar schools, but a place in a grammar school is by no means guaranteed even for those with “professional” parents.

Between 1945 and the 1970s – at the height of the “tripartite system” – children were allocated to three types of school: grammar, technical and secondary modern. And under this system, over half of those from the groups known as “social classes I and II” failed the 11+ – the exam children need to pass to attend grammar schools.

These groups of parents, with managerial and professional occupations, found that children they had that were consigned to secondary modern schools faced very limited opportunities for getting good qualifications and entry to university.

It has also previously been argued that disappointed middle class parents were one of the driving forces behind “comprehensivation”. This involved getting rid of the 11+ examination which sorted children into different schools and instead encouraged all children to go to their nearest secondary school – irrespective of their academic ability.

And in a similar vein, a recent opinion poll showed that parents are only likely to support grammars if their child gets a place.

3. What happens to those who fail to get into grammar schools?

Secondary schools in the vicinity of a grammar schools will inevitably lose some of the most academically able children in the neighbourhood. But of course, the general weakening of school catchment areas – with the existence of private schools in England – means that there is already a significant amount of “socially-based” sorting of pupils and schools with or without grammar schools.

The most reliable evidence also suggests that less academically able children do slightly better in schools with a more comprehensive intake than in the former secondary moderns. These modern comprehensives are schools that tend to have a mix of academic achievement and aptitude among pupils, compared with the previous secondary moderns – which was mainly where pupils who had failed the 11+ attended.

4. What are the system-wide effects of a (partially) selective system?

The best available evidence suggests that at a system level, the differences between a selective and a comprehensive school are small. And the average output – or “system productivity” – is much the same. In general, academically able children do better at grammar schools and less able children do better in comprehensive schools – but these differences are really very small.

There are much larger differences between individual schools of the same type – even between different grammar schools – than between the average results of the different kinds of school. And it is also possible that some of these differences can be explained by the more favourable resourcing and teaching workforce associated with grammar schools.

So although for individual children the consequences of academic selection can be huge – in terms of the educational pathways that are open to them – overall there may actually be very little to choose between comprehensive or selective systems in terms of examination results.