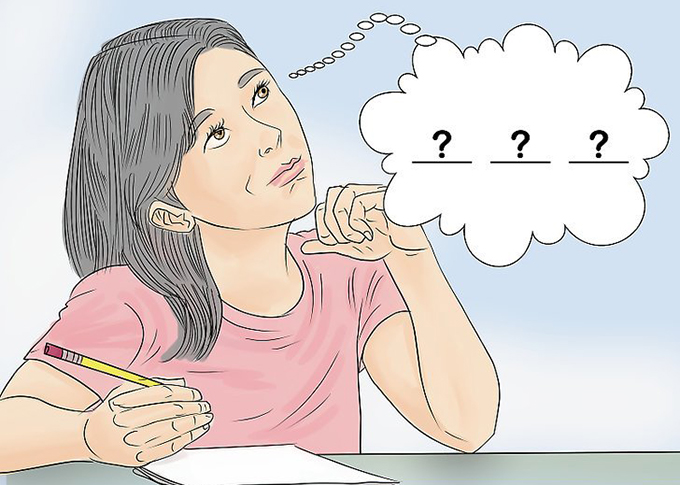 Today, the issue of spelling problems is largely outside the school sphere. With the rise of digital in the professional world, everyone has to communicate in writing. From a personal point of view, social networks engage us more and more to handle the keyboard. And the weaknesses in Molière’s language become all the more visible as the French spelling is complex. The drop in the level in this area is also regularly highlighted by the comparison of the scores obtained to the same dictation according to the times .

So, what solutions to consider? Some jokers could appeal to a reform radically simplifying the spelling. A recourse however very unlikely: the society still struggles to admit, and still more to apply, the rectifications published in the Official Journal in 1990 and which only correct some exceptions and simplify some complexities like the use of the hyphen, or the agreement of compound names.

If one can not act on the spelling itself, it remains to improve its learning. Today, we see the development of a real business of these upgrades, with private organizations promising to strengthen your spelling, that of your employees or even your students in a fun and effective way. This tendency to externalize the problem may suggest that there is nothing to be done within the school to help students progress, which is fortunately not the case.

So do we really know how to teach spelling more effectively? In fact, this question refers to a larger problem, that of validation, by evidence, of the effectiveness of a teaching practice. Choosing a method based on the scientific evaluation of its effectiveness is undoubtedly an excellent idea, although there is still some way to go before it becomes a habit .

It is therefore with the desire to provide valid data to inform the choice of pedagogical practices that we have tested the effectiveness of another form of dictation on the progress in spelling of students . With a still predominant role in the panel of exercises proposed to work the spelling, the dictation still raises the passions as soon as it is evoked, even at the turn of a speech .

But today’s exercise is no longer that of the past, only used as an evaluation, at worst as a means of sanction and selection. No, today the dictation must be formative and there are many proposals for it to become a real learning device .

The learning device that we tested is very simple: it is to practice regularly a dictation exercise on a support guiding the writing. Each word of the text is to be written in a “skeleton”, composed of boxes indicating its number of letters, their form (with rising or falling letters) and the presence of “graphemes”, several letters associated in a single sound or “phoneme” “(As” or “, pronounced” / u / “).

Thus, students are helped in their production and obliged, whenever their first choice of orthography does not correspond to the skeleton provided, to think actively (for example by remembering a rule of agreement they would forget to apply) and modify their production accordingly.

Relative efficiency at the student level

The hypothesis tested was that the regular practice of such a dictation would lead to a progression in spelling more important than the practice, as regular and over an identical period, of a simple dictation, without “skeleton”. 121 students from 6 sixth grades participated in the experiment. They were divided into two equivalent groups based on a set of criteria such as the proportion of students from each institution and the proportion of strong and low spellers.

For eight weeks, one of the groups did a guided dictation a week, the other group a simple dictation. The eight texts were chosen by each teacher in the classes participating in the study, from a panel of seventeen dictations of the same length (58 to 61 words), all from sixth grade textbooks. Teachers dictated each week a different text, following a specific protocol to ensure the best working conditions equivalent in all classes.

At the end of the training period, the results show that, according to our hypothesis, the practice of guided dictation leads to a greater spelling progression than the practice of simple dictations, but only for students with a “low” level. not too much “in spelling (having between 70 and 85% of correct words to the pretest dictation).

Pupils with very low spelling (less than 70% of correct words in pretest) significantly increased in eight weeks, but equally in both groups.

Help to mobilize the rules

It can be assumed that, thanks to the “skeletons” provided during the guided dictations, students “weak but not too much” were able to mobilize orthographic rules that they had difficulty soliciting spontaneously, even if they knew them “in theory” . For these students, the suggested guidance would therefore facilitate explicit reflection on their written productions and hence the consolidation and more systematic application of knowledge that they already have at least partially.

Students with very low spelling have made good progress, but for them, guided dictations have not been more effective than simple dictations. This result suggests that the device, to be more effective even for very weak students, must probably be improved. One could for example easily associate it with a work of collective reflection during the dictation, as proposed in the phrase “dictation of the day” or the “dictation 0 fault” . But it would then be necessary to evaluate the specific effectiveness of this new learning device …

To conclude, I would like to stress that the study described here, although presenting some weaknesses (such as the small number of students tested) and exposing quite modest results, nevertheless has the merit of illustrating an example of experimental protocol (pretest-training-post-test, with a target group compared to a control group) that it would be wise to develop in school to inform the choice of teaching practices and improve learning for all. Today’s school needs it!

Author Bio: Marie-Line Bosse is a Professor of Psychology at Grenoble Alpes University