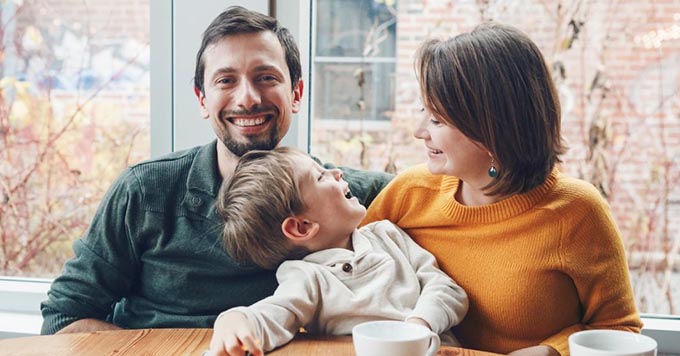 One can have the impression by looking at the shelves of bookstores that the guides intended for parents are multiplying. This phenomenon is not, however, new. It was after the war that counseling for parents became a real market. The domain experts form a long chain, more or less inscribed in the academic world, going in the United States from Benjamin Spock to John Rosemond, via Thomas Brazelton and, in France, from Laurence Pernoud to Isabelle Filliozat, promoter of positive parenting, through Françoise Dolto, pediatrician and child psychoanalyst, and her famous radio “talks”.

This advice for parents is based on knowledge about child development. Ann Hulbert wrote the story for the United States, reviewing different schools of psychology involving cognitive, or affective and relational, and soon neurological, child construction.

In the French case, we can identify some beginnings in the interwar period, with the creation in 1929 of the “Parents’ School” , by some notables and activists of the family cause, allied with figures of child psychiatry. and the psychology of the time. The inventors of the Parents’ School then criticized the role considered too intrusive of state agents in the field of children’s education. One of the sensitive subjects concerned sexuality education. According to them, the State would have crossed a line by inviting teachers, these “hussars of the Republic”, to sensitize adolescents to this question of sexuality.

This association of parents therefore undertook to defend the proper role of parents. Some of the figures of this movement, including its first President, Mme Vérine, went so far as to defend Pétain’s program for the National Revolution of France on this question of the family. The parents’ school experienced a new impetus on other bases after the war, from 1946, under the presidency of André Isambert, the author of the work “The education of parents”, published in 1968.

Mothers on the front line

Can we say that these guides outline a “good model” of parenthood The very idea of ​​a guide means that we place ourselves on the ground of norms and values. By focusing on demonstrating the effectiveness of certain practices, we come directly to position them on a scale opposing good and bad parenting practices or, to put it another way, to distinguish competent parents and incompetent parents; responsible parents and guilty parents

In any case, we come to defend a certain determinism of the role of parents to whom we could attribute the responsibility for failures as well as for the successes of their offspring, which was clearly emphasized by an author like Frank Furedi in his work Paranoid. parenting .

However, this does not imply that all these tips are homogeneous, and therefore that these guides refer to the same model – nor does this mean that their recommendations are applicable. For example, even if an expert in neuroscience now defends that ideally screens should be banned for all children under the age of six, it is clear that this objective is very complicated to achieve; not only because of the omnipresence of screens, of the uses of these instruments by adults, but also when we take into account the fact that we had to compensate for our social ties and school learning during periods of confinement by using these screens .

If these guides are apparently intended for all parents, the implicit recipients are often still mothers. Since the public authorities have shown their attachment to the issues of survival and socialization of children at the start of the Third Republic, the target of all the first dedicated policies has been mothers, and in particular first-time mothers from working-class backgrounds. To be convinced of this, one can reread the famous works of Catherine Rollet or those of Alain Norvez .

By inventing the concept of parenthood in the 1950s, one would have thought that fathers and mothers were on an equal footing in terms of support for parenthood. However, it is not. As the philosopher Mary Daly defends , these are measures that are more “gender blind” (gender blind) than “gender neutral” (neutral from the point of view of gender).

Could the phenomenon of parenting guides just be a facet of the personal development vogue? In a way, these “good parenting” books are linked to the well-being guides. Once again, the interwar period is a breeding ground for these methods. Everyone is familiar with the famous Coué method, based on autosuggestion and invented by pharmacist Émile Coué in the 1920s.

Authors such as Edgar Cabanas and Éva Illouz, in Happycratie , or Carl Cederström and André Spicer, in Le syndrome du bien-être have proposed a genealogy of these personal development techniques, whether they concern private or professional life. Among the recurring messages over time is that of a positive outlook or a positive spirit. One of the earliest examples in the United States is certainly the 1952 work by Protestant pastor Norman Peale, entitled: The Power of Positive Thinking , in which the author provides a variety of practical methods intended to restore the self-confidence necessary for all victories.

With Martin Seligman, the President of the powerful American Association of Psychology since 1998, positive psychology gives a form of scientific consecration to these ideas, but also formidable resources, thanks to the financial support of the American army and many large companies. The latest avatars of these currents of ideas and methods concern positive education and positive parenting.

In a world obsessed with the ideas of success and competition, with the quest to optimize one’s skills and performance, the demand for salespeople for advice and methods of self-actualization is exponential. The paradox is that these guides and advice to success, well-being and happiness tend rather to blame those who apply these methods for their failures. By individualizing the conditions for success, we come to neglect the structural conditions of well-being, to neglect the collective and political stake of well-being.

Because almost all of them hope to do the best they can, parents are easy customers for sellers of ready-made solutions. It would be easy to make a long list of bestsellers in this area. We could also recall what the parenting thematic market weighs today in the “family” press, weekly and monthly. Not only is this market buoyant, but it still has a bright future ahead of it, no doubt commensurate with parental concerns.

Author Bio: Claude Martin is a Sociologist, holder of the Childhood, Well-Being, Parenthood research chair at the School of Advanced Studies in Public Health (EHESP)