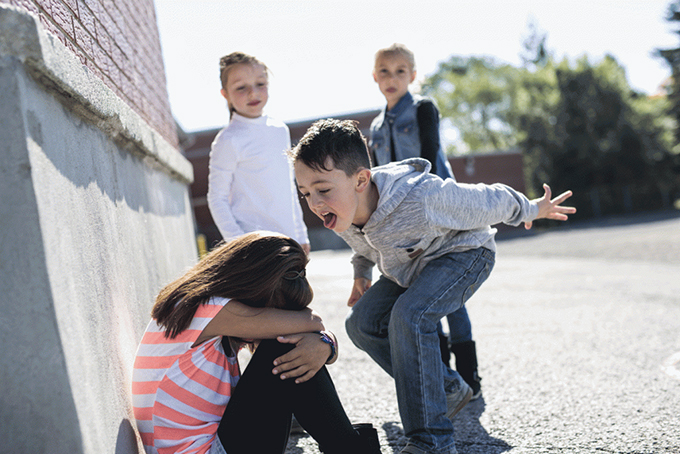 An increasing number of Australian families are educating their children at home, either through homeschooling or distance education.

My research highlights how some parents are not necessarily choosing to homeschool for religious reasons or because they want to hothouse their kids. Nor are they doing it as their first choice.

Rather some are doing it because their children are being bullied and going to school is no longer a safe option.

How many Australians homeschool?

As of 2021, there were about 26,000 young people in home education in Australia – this includes both homeschooling and those who do distance education.

We saw numbers increase due to COVID disruptions and know they have grown since then.

For example, in Queensland alone, there has been a nearly 70% increase in the numbers of homeschoolers in the last year.

Significantly, these figures only cover the families that register. We know some families who homeschool do not make it official and do not engage with authorities.

There are some well-worn stereotypes about families who homeschool their kids.

These include the “religious fanatics” who don’t want their child learning about evolution, or being exposed to liberal attitudes on sex and gender.

There are also “off-grid hippies” who feel they want to keep institutions out of their lives. This group are also likely to be anti-vaxxers.

Some homeschoolers are also thought of as “hot-housers” who believe their child is too gifted and special to be in a mainstream classroom.

People also associate homeschooling with socially isolated children who refuse to leave their room and play with other kids.

My research: the impact of bullying

In new research colleagues and I examined how bullying had affected families who had chosen to homeschool their children.

We interviewed six parents all of whom identified bullying as their number one reason for homeschooling. All participants were from New South Wales and Queensland.

In our forthcoming paper, these families identified a number of serious incidents. One mother talked about how son (who is allergic to nuts) was tormented by a group of children with a peanut butter sandwich. They reportedly wanted to see if he would die from exposure to the allergen.

The last thing before I pulled him out [school] was being chased through the school by kids who’d bought a peanut butter sandwich. And [my son] was in fear, he was in fear of his life.

Another mother told of her child who was constantly beaten up in the toilets because of his issues with bladder control. She said his teacher had not helped, even belittling him in front of other children, saying “babies need help to go the toilet”.

Another interviewee’s daughter, who was on the autism spectrum, was spending every day hiding behind the classroom door to protect herself from classroom bullies. She said her daughter would grab the day’s work and spend the rest of the time behind the door.

She had actually decorated the door, she was there so often she […] put up a sign that said, ‘I am here because I need help’.

It is clear from these stories, and those in other studies, that bullying is a significant factor in some parents choosing to homeschool.

Significantly, the relationship between bullying and homeschooling has also been seen in other countries, including the United States, Canada and the United Kingdom.

Yes, this is complex, but the consequences are severe

We also know some of these young people have complex needs, such as physical issues with bladder control, serious nut allergies and autism.

These needs were not being met or managed by their schools and made the child more vulnerable. As one of our participant parents noted, by being different, they were a target.

All our participants reported they had tried to work with the school. But the issues had either continued or the child had been so traumatised by their experience, they refused to go to back to school. Some participants had tried multiple schools.

The parents all noted how much schools were struggling, because they have to manage everyone’s needs and can’t be everywhere. But when schools do fail to manage the bullying, it can push families into homeschooling.

The families in our study told us they now had to carefully plan their journeys passing the school or their child would have panic attacks and meltdowns.

Some days if we drive the wrong way to the supermarket […] and it’s not even the same school that he was at […] there’s that real negative association with schools and classrooms.

Growth in homeschooling numbers suggests families who keep their children at home are going to be an increasingly significant educational force.

Author Bio: Rebecca English is a Senior Lecturer in Education at Queensland University of Technology

Until serious steps are undertaken to work with parents, and understand their decision to keep their children at home, it’s likely the numbers will continue to rise.

There is also a risk governments will lose contact with these families if they continue to choose not to register as homeschoolers with authorities.