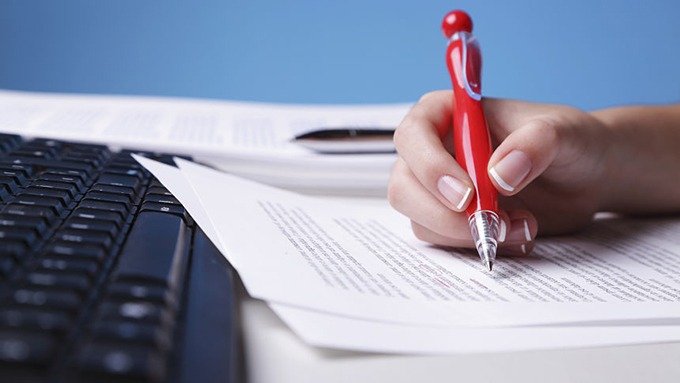 You’re writing? And feeling a bit pulled in two directions at once? Perhaps that’s not surprising. Writers have two inter-related personae –the Creator and the Editor. Well, that’s according to Joni B Cole, and indeed a lot of other people who offer writing advice.

Don’t scoff just yet. Thinking about this inner duo can be very helpful for academic writers. According to Cole, who teaches creative writing, the Creator is an “artistic genius prone to bouts of agonising self-doubt” as well as feelings of exhilarating over-confidence. On the one hand, the Creator’s job is to allow “rich unfiltered material… to flow onto the page”. The Editor, on the other hand, “cleans up the Creator’s mess” and is “capable of achieving miracles in the revision process”.

Cole notes that these two writer personae are temperamentally opposed to each other and can easily sabotage each other if they are both in play at once. The Editor can stop the Creator from writing, and the Creator can be so attached to their words and so fearful of change that they stop the Editor from doing their job.

Now Cole’s conjoined writer twins can be read as a split between writing and reading – with the Creator writing and the Editor reading. However the Creator reads their text as they go along, but their reading focus is on generating and developing their ideas (narrative, characters, theme etc.)( for more on reading while writing, see for example Brandt 1990.) And the Editor doesn’t just read. They write too. They might make notes, and restructure and rewrite sections of text (or cut some things altogether). So both Creators and Editors read and write. But differently.

Now, equating writing only with the Editor can cause problems. If the writer in Creator mode automatically switches into Editor mode when reading their draft, then this can seriously disrupt the writing-reading-writing practice of generating text. Creators need to read like Creators when they are first-drafting, not like Editors. Or they may need to switch into Editor mode for a little while, and then reboot their Creator.

Getting the right writing -reading functions happening at the right time is important. But there are further implications of this dual writing heuristic too, particularly for the giving and receiving of feedback.

Cole suggests that writers often approach any public feedback, perhaps given during workshops (read supervision here), as Creators. They want reassurance and affirmation, sometimes adulation. Writers can forget to switch off their Creator when the conversation shifts – and then they don’t hear the constructive criticism they are given – rather, they experience it as a rejection of their work.

Cole advises that those giving feedback need to deal with both the Creator and the Editor. They need to give some reassurance to the Creator first of all, and engage with the positive aspects of the work that has been presented. This is the academic equivalent of the supervisor discussing what’s already strong. Then the person giving feedback needs to signal that they are about to address the writer’s Editor. And their task becomes one of helping the Editor focus.

Even when writers are in Editor mode they can easily get overwhelmed by feedback which gives too many points for revision. Editors need to tackle problems strategically, dealing with the most serious to start with. As Coles helpfully puts it, “ the rougher the draft, the fewer the variables you need to throw at the writer at once.” The feedback goal is to energise the writer. Feedback to creative writers, Coles says, often starts with characterisation as this generally drives plot. But when dealing with a thesis, supervisors often begin with the structure of the argument rather than the substantive detail of particular sections.

Cole suggests that giving feedback strategically often ends up with the writer in Editor mode doing more than what was suggested. This is because the big and early strategic changes often lead naturally to other readjustments.

When the Creator feels secure, and the Editor has made major changes, the feedback can become more detailed, more focused on finer details. Line edits are usually left to near the end of the rewriting process.

Coles also notes that not all Creators and Editors are the same. “ Some writers” she says, “ can choke on a crumb; others are able to handle more feedback at a sitting” – although all writers, she suggests, needs help setting priorities.

So maybe not a problem to feel a little Yin and Yang about your writing. Just got to get the balance happening. And perhaps Cole’s’ version of Creator and Editor can be of help to you.