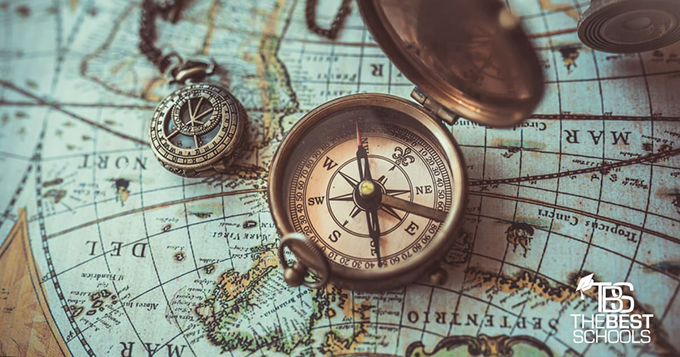 History is a subject that is often put at the center of political and identity debates. However, despite the numerous educational reforms that have taken place in Spain, the law changes, but the contents contained in the successive decrees are repeated almost unchanged.

This mantra character alludes to deep roots that are difficult to remove. And it is not only possible to attribute them to the persistence of legislators, but to teaching inertia.

History, although teaching resources and formats have evolved, continues to be taught, essentially almost the same as two centuries ago. It was born, at the same time as the public school, in the 19th century, when modern nation-states were emerging and needed to consolidate.

Thus, they trained patriots who had to know the main events of their common past. It was a legitimizing speech of the dominant power, emanated from positivist and liberal historiography.

Civic values ​​are not enabled for understanding

If today we look at the contents, evaluation criteria and learning standards in Primary and Secondary Education, we will see that the hegemony of first- order concepts continues . These require little complexity for their assumption: dates, data, names, events. But they mobilize few civic values ​​or skills for understanding and recreation.

The manual continues to be the teaching resource par excellence. It is true that it has great value, as an epitome. But the structure it presents for each period remains generally very classical: domestic and foreign policy, economy, society and culture.

It allows covering very broad topics, but not going deep into problem solving or analyzing specific cases. Therefore, History is still seen as an unscientific subject, what is studied is hardly discussed . Of course, there are exceptions, but they are not favored by current legislation or teaching tradition.

The exam is usually written, rote type, where to demonstrate that the school book and notes are mastered. But with so much date and battle, it is normal that most of the information is forgotten in a short time.

The beginning and end of each great historical period (Prehistory, Antiquity…) is not even well remembered. This has been shown by studies with university students . Only what is the subject of examination is studied .

It is true that knowing the fundamental milestones of universal and Spanish history is something valuable. But for decades in Spain controversial or conflictive issues have been blurred as a kind of collective taboos that, with the modernizing and pro-European vitola, leaves very important junctures on the sidelines and directly manipulates others. The result is dangerous.

Fearful of the politically incorrect and prey to complexes by the Black Legend, the manuals and decrees of History in Spain show Al-Andalus as an earthly paradise of peaceful coexistence between the three cultures. It is a topic that does not hold. Of course, the figures of Don Pelayo or El Cid as champions of Christianity have disappeared, not so much because of their Spanishist mythology, but because they were violent characters. More interesting is the figure of caliphs or cultured Christian kings.

What do you know about the conquest of America?

The conquest of America, once the pride of Hispanic deeds, has been diluted by its coercive nature. On the contrary, the study of the deeds of Colón, Magellan and Elcano as pioneers of transoceanic navigation is encouraged. And the pre-Hispanic cultures (Mayan, Aztec and Inca) are praised for their scientific and cultural advances, but nothing is said about their status as empires that were violently imposed on neighboring tribes.

The Inquisition is seen almost as a Spanish exception when it was actually born in France, two centuries earlier, and was present in much of Europe. The expulsions of Jews and Moors are another black episode, which is disguised by reducing it to demographic and economic losses. Nothing that links it to anti-Semitic European precedents or to the context of war against Ottomans and Barbary corsairs. Thus, a historical perspective is lacking .

Topics on the Civil War

The topics continue in recent history. The Civil War is often analyzed as a consequence of the chaos of the Second Republic. Almost nothing is collected about the European context of the rise of totalitarianism. The violence in the rear of both sides and the fierce repression of the postwar period are obviated. Not an allusion to concentration camps or shot in gutters.

The Transition is magnified as the great achievement that it was, but little is mentioned about its negative side: the enormous violence that occurred during those years, both from the independence terrorism and from the supporters of the dictatorship. Historical memory remains in borage water.

In short, a story of powerful men, hardly any women (queens, saints, writers). It is as if within two centuries, about the recent history of Spain only Juan Carlos I, Felipe VI, Zapatero, Rajoy and perhaps an artist appear in curricula and manuals. And the rest of the 46 million Spaniards?

You have to work as a team and research

A story that is taught, above all, by means of a master lesson condemns the student to a passive position. It does not allow to work in a team and investigate, to question topics, achievements and setbacks of each stage. To select content and work on it in depth, recreating tasks at the beginning of the investigation, through primary and secondary sources (press, photographs, documents, objects, works of art…).

A story that approaches nearby landscapes and environments, relevant in the students’ daily lives, often unknown or poorly preserved . The teaching of History should help to get to know forgotten groups: women, children, slaves, the poor, exiles, ethnic minorities, peasants, workers …

In short, Spanish students learn a lot of history, if we refer to data and dates. But it is not usually useful to better understand Spain and the world, not even its neighborhood or its region. History is not only memorizing data and deeds of rulers, but the daily life of our ancestors. Perhaps in this way one would learn more to tolerate others, those who are different, but not for that reason inferior. The challenge is to move from History that teaches to be patriots, to which it helps to form critical citizens.

Author Bio: Raimundo A. Rodríguez Pérez is Professor of Didactics of Social Sciences at the University of Murcia