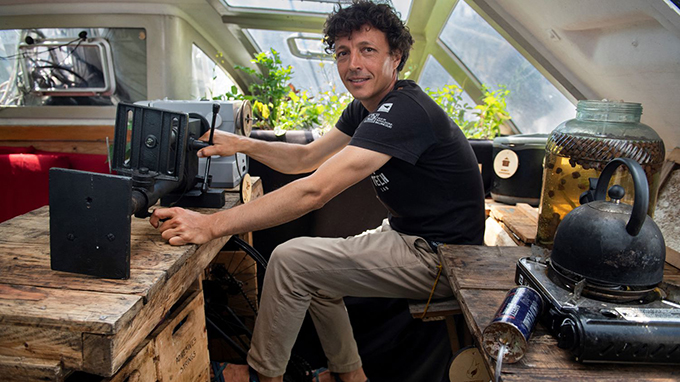 Ceramic pots for filtering water, techniques for solar cooking, wind turbines, breeding edible crickets: these are some of the low tech (or “low” technologies) documented by the Nomad of the Seas . A veritable “laboratory boat”, the Nomade des Mers has experimented and documented around fifty low tech boats around the world. After six years of travel and 25 stopovers across the globe, the boat returned to its home port of Concarneau on June 25, 2022 – a return that marked the start of the Low Tech Festival organized by the Low-tech Lab collective.

More generally, debates around the environment, ecology and climate are particularly lively these days, with students denouncing their training and calling for “bifurcation” , climate marches, terms like ” sobriety”, “transition” and “responsibility” increasingly discussed, institutionalized and politicized . In these discussions, the relationship between humans and technologies is frequently questioned.

If low tech fascinates more and more people, can they scale up? To put it another way, are they “scalable”? Can they become a captivating subject for the general public, a concern for institutions, products on the market?

How to make them known?

A first strategy to reach a wider audience is through the media. The Nomade des Mers expedition has been documented in particular through a book and a television series on Arte. The Low-tech Magazine , launched by Dutchman Kris de Decker in 2007, has become one of the central media in the field.

The other emblematic project of the Low-tech Lab, the Habitat Low Tech – a 14 m 2 “tiny house”  in which 11 low tech were tested for nine months – also gave rise to strong media coverage. Following the experiment, the Habitat Low Tech now functions as an “educational case on wheels” exhibited in different cities.

These initiatives not only aim to document low tech, but also to make the public aware of low tech, to excite them and make them think about the place and role of low tech. Low tech is therefore presented as feasible, reasonable and desirable .

However, some forms of documentation are not intended for an audience in the broad sense, but rather for users. This is the case of some 160 tutorials that the Low-tech Lab hosts on its open source platform – a platform that demonstrates, in passing, the complementarity between low tech and high tech. These tutorials present low tech in a detailed and technical way.

The Low-tech Lab is aware that its tutorials are not aimed at the general public: “we are not aimed at everyone […] We are still aimed at people who have a little know-how technical all the same” explains Corentin de Chatelperron, engineer by training and captain of the Nomade des Mers (interview with the author, October 2019). Therefore, the manufacture of low tech is not within everyone’s reach: “when you’re not a handyman, it’s not so simple”, lamented a participant of the Low Tech Festival during a discussion .

In Brittany, the Low-tech Lab is now turning to a more political activity and collaborates with public and private actors who are not necessarily aware of these technologies. In a projectfinanced by ADEME, the French Environment and Energy Management Agency, with around twenty actors – including a hospital, town halls, a kindergarten, an amusement park, a hotel, associations and a brewery – the stated objective is “to experiment with new ways of organizing and developing low tech on a regional scale”. The challenge for the future will be, in a word, to territorialise low tech. For the Brittany region, the approach is not insignificant but testifies to a thoughtful and political strategy to position itself as the “French capital of low-tech”.

Another way of disseminating low tech on a larger scale is seen through the actions of the Atelier Paysan , a cooperative specializing in the self-construction of agricultural machinery and buildings. The Atelier Paysan is located in Renage, near Grenoble, and in two branches (Occitanie and Brittany), but also has seven “workshop trucks” enabling it to offer training throughout the country. At the same time, the Atelier Paysan organizes Farmer Innovation Survey Tours to unearth and list the innovations made by the farmers themselves so that “the odd bits and pieces can be used, improved and inspire other farmers”.

This is also the approach of Serviço de Tecnologia Alternativa , a Brazilian NGO founded in 1989, which supports and disseminates family farming based on so-called “appropriate” technologies (one of the terms used before “low tech” became fashionable ).

Companies and companies dedicated to low tech are also beginning to emerge. The simplified stock company Enerlog , for example, offers energy consulting and auditing services taking into account the sustainability of technologies and aims to better promote low-tech solutions. In particular, it offers training (which costs 450 euros) to build solar air heating systems. The objective, more generally, is to “support transitions towards more sustainable lifestyles by developing autonomy and energy resilience”. 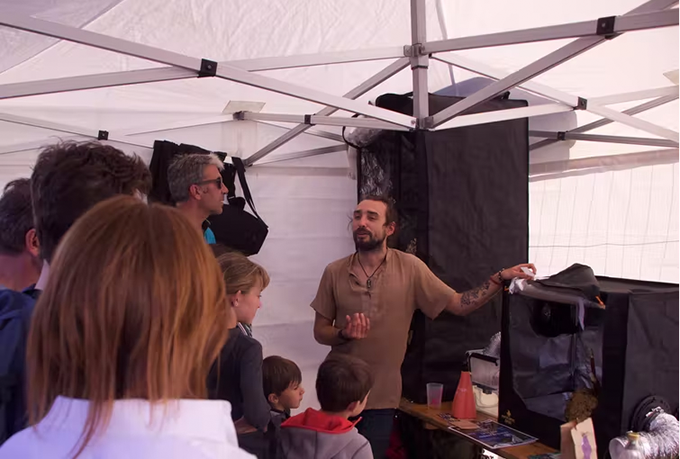 The Breizh Bell company , on the other hand, specializes in growing mushrooms. Its maxim is to market solutions to “grow your own mushrooms at home, with maximum autonomy”. Breizh Bell offers training, walks, internships and shares its knowledge via videos and tutorials. At the same time, it sells mycelia (between 1 and 9 euros per kilo), do-it-yourself culture chambers (between 200 and 350 euros), as well as a whole range of laboratory utensils (gloves, caps, masks, compresses, etc.) and spare parts.

These two examples not only show that economic activities around low tech are developing, but also that a variety of areas are concerned, such as housing, food and energy, agriculture and mobility.

How to reframe the issue of scaling up

On the one hand, the question of scaling up is a theoretically relevant question. This is a classic question in the humanities and social sciences (especially in geography), which has become very fashionable again with, among other things, work on “non-scalability” .

On the other hand, talking about scaling up puts a little too much focus on growth and can suggest that the generalization of a technology is an end in itself. Clément Chabat of the Low-tech Lab explains it well: “low-tech is a global but also very local approach since it is inseparable from resources close to an environment” . Low tech must be rooted in local questions, contexts and issues.

It is therefore necessary to diversify and complicate the question of scaling up somewhat. Low tech – whether it is a dry toilet or a cooking pot – cannot be reduced to their materiality. It is difficult to measure their “success” or quantify them in terms of market share. On the contrary, we must consider low tech as cultural and social objects, which exist through practices, sensibilities, values, ethical choices.

As we would ask people if they like or play rock music and which bands they listen to and inspire them, we should ask them if they like and “play” low tech (and which ones)? To put it another way, the question is not so much to question the rise in generality of low tech, but the rise in sensitivity of their different audiences and users.