More recently, Russia has resurrected and intensified the Soviet tradition of politicising student mobility. The government has requested that Russian students studying abroad should leave their new countries, when Russia’s political relations with those destinations deteriorate.

There are serious safely issues for our young people studying abroad. They may suffer from provocations in countries that are unfriendly to Russia. Russophobic sentiments negatively influence [the] lives of our citizens abroad, for example, Russians residing in the UK.

The phrase “highly likely” seems to refer to Theresa May’s comment about it being “highly likely” that Russia was responsible for the poisoning of Sergei and Yulia Skripal. The use of this phrase in the slogan suggests the message is directed at students studying in the UK.

There are 56,915 Russian students studying abroad, of which around 4,092 are based in the UK. The Highly Likely Welcome Back campaign appears to have had little effect – Russian students in the UK reportedly seem unmoved by the government’s discourse on Russophobia.

A similar decision was made by Russia in 2015 when the government recalled Russian students studying in Turkey. This was after the downing of a Russian warplane by the Syria Turkey border. Russia also proposed a reduction in the quota for international students from Turkey.

This politicisation of Russian higher education dates back to the Cold War when exchange programmes became extremely important – especially with emerging communist regimes in Central and Eastern Europe. As anti-colonial movements spread across Africa, Asia, and Latin America in the mid 20th-century, the USSR saw this as an opportunity to extend its activity to developing countries.

The foundation of Patrice Lumumba University in Moscow in 1961 – named after the murdered Congolese politician and independence leader – was a milestone in this regard. International students who studied there were considered advocates of the communist ideology and promoters of the Soviet model of higher education. The Soviet Union viewed international student recruitment as a critical instrument for serving its expansionist intentions. And also as a way of gaining superiority over its Cold War enemies.

This political rationale still seems to be alive and well – and serves as a key driver for Russian higher education internationalisation to date. These days, Russia places a particular focus on recruiting students from the Commonwealth of Independent States (CIS). This is the regional organisation established during the breakup of the USSR in the 1990s. Of the 15 former Soviet republics, nine are member states. The Baltic States never joined and Georgia withdrew its membership following the war with Russia in 2008. 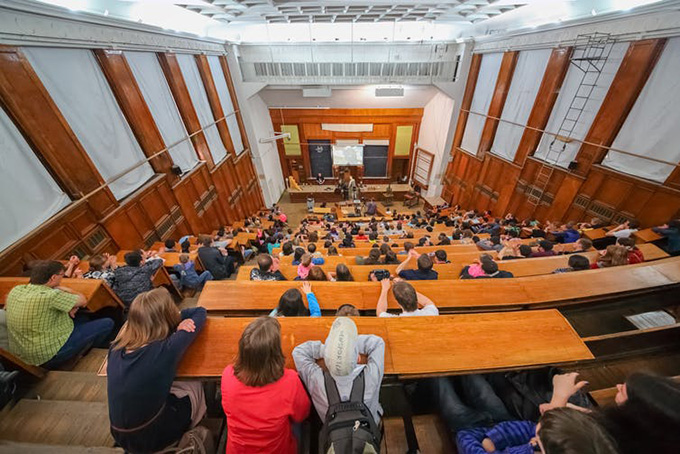 The promotion of Russian interests is of particular importance for post-Soviet Russia in its former territories of influence. In the words of Vladimir Putin, the collapse of the USSR was “the greatest geopolitical catastrophe” of the 20th-century.

This is why the Russian government provides generous funding to international students. High-priority applicants for federal scholarships include students from the CIS, the Baltic States, Abkhazia, and South Ossetia. These scholarships cover all tuition fees, pay a monthly stipend of 1,500 roubles (£18) and provide a place in halls of residence.

What does the future hold?

Russia’s ambition going forward is to expand the boundaries of international student recruitment to Asia, Africa and the Middle East. The Ministry of Education and the Ministry of Foreign Affairs hopes this will help to “improve the efficiency of Russia’s soft power”.

The education of international students in Russia is seen as a process of “formation of the pro-Russian national elites”. And it is believed these “national elities” will help “promote Russian interests, including long-term ones” in their home countries.

With this in mind – and given the fact that Russia is aiming to triple international students numbers to more than 700,000 by 2025 – it seems the politicisation of higher education in Russia is not going away any time soon.

Author Bio: Maia Chankseliani is an Associate Professor of Comparative and International Education at the University of Oxford