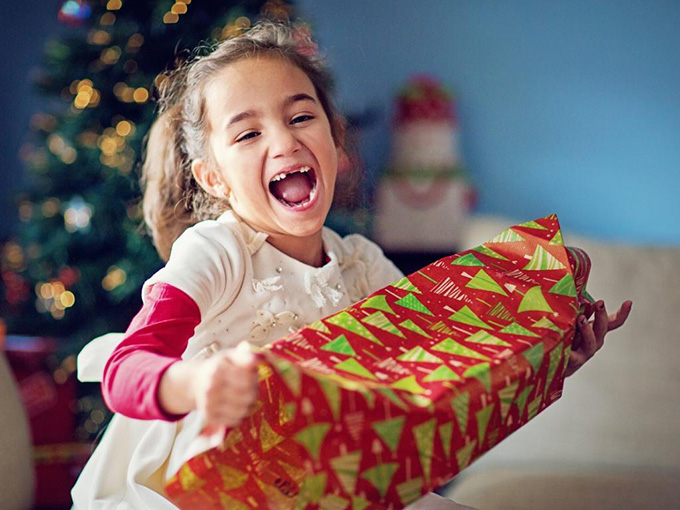 Christmas is approaching for yet another year, and with it the excesses typical of these holidays: family gatherings that are desired or not so much, disproportionate feasts, go-go sweets, alcohol in abundance and compulsive gift shopping.

You have to buy in advance the gifts of Three Kings and, lately, also those of Santa Claus. So many citizens, to the gong of something as American as Black Friday , go crazy to buy all kinds of goods, with the slogan that it is better to go too far than fall short.

According to some economists, this is very good for the economy and for employment in particular, because if the sales figures were to drop, there would be an economic contraction and an increase in unemployment.

But, beyond the economic or environmental suitability of this consumption model, the occasion also deserves an analysis from the pedagogical point of view. Giving too many gifts and not entirely suitable for each evolutionary stage can be negative and counterproductive.

Children have become a rare commodity in our welfare society and we have them, in general, quite super-cared for, super-protected, super-stimulated, super-regarded or overfed.

And at Christmas time all these excesses multiply. They are given toys by parents, uncles, grandparents, friends, cousins, and anyone who wants to show their affection. With this they accumulate such a quantity of material in a few days that it is almost impossible to take advantage of the possibilities of each of the gifts.

The toys that are given to children should be counted, scarce, as generic as possible and that stimulate their imagination. Generic in the sense that they are not oriented to a single use, since in this way a more creative game is facilitated. It is also important that they do not constrain the representation that the child can invent and, of course, that they do not have sexist stereotypes .

A good toy is the one that serves to play many things at different times, the one that allows various manipulations and representations that broaden the experience of the boy and the girl.

Examples of this category are balls, elastics for passing and jumping; modeling pastes; all the dolls and dolls that allow their manipulation and single out and individualize the game on the day; the construction pieces or that are used to assemble different gadgets; those that allow role-playing or simulating social situations; board games , whether traditional or modern, and some concrete and well-chosen from the many digital games out there.

It is important that toys offer abundant, varied and attractive options to play with them, to create different situations, to experiment, to invent, so that boys and girls value the toy and take care of it so that it lasts, because they experience a great pleasure playing with it.

That is to say, the toys have to be few, good, versatile, multifaceted and that stimulate the imagination of the little ones. It is also important that books are part of the gifts, but you have to spend time and knowledge to select the most appropriate ones and they should not replace toys, but rather complement them.

From abundance to boredom

It is quite common that this abundance of toys gives way, within a few days, to the star phrase of many children: “I get bored.” This phrase activates the alarm for fathers and mothers, who feel obliged to entertain their offspring and instantly satisfy all their needs.

But we do little ones a disservice, because it’s not a bad thing if they get bored from time to time and, in any case, it would be a situation that they would have to face themselves, as all mortals do .

How to control relatives ‘gifts’?

One problem is how to control the compulsive desire of each relative, close or not so close, to give a lot of things to the children.

The solution may lie in setting a clear and specific rule: each family member can only give one gift. No matter how excited the grandparents, uncles or anyone close to them are to shower the children with gifts, the family rule must be inflexible: a gift each, but that it be something thought out, sought after, “cured”; without being influenced by the fashions or the excessive publicity of the Christmas dates.

And with that they have enough to meet the needs of the children, as well as their own. So everyone happy. Our battered planet will also thank us.

Author Bio: Cruz Perez Perez is Professor of the Department of Educational Theory at the University of Valencia