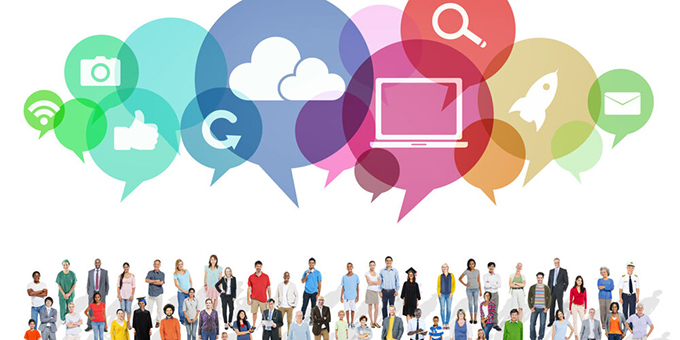 In the 1980s, when the available means of communication were counted on the fingers of one hand, it was said that we should accept them as a parallel school. Today, with its digitization, we can say that the media is a new interface of the school.

In the pandemic context, technologies stopped being discussed as a possibility and became the only possibility to overcome the distance that separates students from the material classroom they knew. Does this milestone represent a lasting change or is it an emergency palliative?

Since the 19th century, the school has been a succession of technologies that redefine or create pedagogical practices. Technologies that also represent new promises and threats for teachers. On the one hand, it seduces its sensuality, its motivating approach to the senses and its always relative novelty, unbeatable to combat the tedium of the master class and the traditional school activities that we inherit from the industrial model.

On the other hand, their storage capacities, data management, response capacity and content presentation stand out, which in some cases can dispute teaching functions – even going so far as to discuss the need for a flesh-and-blood teacher.

Thus, the expectations and fears generated by the new dependence on the media coexist in a context of aggravated uncertainty. Many experts refer to contemporary technologies as opaque media, black boxes or mirrors, alluding to the dystopian television series Black Mirror . We don’t really know what magic happens inside them.

The manipulative operations of algorithms and artificial intelligence alluded to in the recent Netflix documentary, The Dilemma of Social Networks , are surprising and unacceptable to many and set off the alarm for the thousandth time: how should the educational system take charge? How to train citizens for an increasingly mediated life? What should change in teacher training to allow for a more convenient integration? Do we find lights for the development of critical capabilities in the new digital cave we live in?

We start from a conceptual problem. The traditional media mutated with the massification of information and communication technologies (ICT). They became more complex and interconnected ecosystems of production and consumption.

But the way we have been talking about these new media in education is still limited to the traditional paradigm of broadcasting and receiving content. An acid test: when we pronounce the acronym ICT, we still think of a device with a transmissive function and not of spaces for creating meaning and interactions. It is convenient, then, to approach the media from a more ecological point of view.

Media ecology is a theoretical bet that has been under construction for several decades. The ecological metaphor applied to the media admits two interpretations: first, that they constitute an environment that modifies our perception and cognition; second, that media are species that live in an ecosystem and establish relationships with each other and with their users.

From this point of view, the media are as or more important than the content when it comes to influencing our perceptions. Therefore, by losing sight of the cultural impacts caused by the presence of new media and applications, we arbitrarily disconnect technological devices from what really matters: emerging ways of thinking and feeling, the codes or language with which they operate, or the new ways of building relationships or identities in which students are immersed.

We already know that technologies are not neutral, so it is better to learn early to recognize their biases: where they come from, what they were created for, what opportunities and problems they generate and much more.

The movement promoting media literacy in the 1980s called for overcoming the printed paradigm to integrate new audiovisual and sound literacies from the media. Today we add other digital and transmedia.

Since then, media education has been encouraged – and not only with them – that looks at them as an ecosystem, not in a fragmented way. Thus, the media – analogue or digital, massive or personalized – would be recognized not only as platforms for consumption, but for creation and expression, as demonstrated by the Transmedia Literacy project led by Carlos A. Scolari (2018).

Many, and some new, capacities generated in the interaction with the media are wasted outside the school walls. And so many other risks, coming from more sophisticated manipulation systems, based on artificial intelligence, raise the volume of the alarm of what the school should do.

Understanding our experience with the media also means recognizing the value of emotions and the unconscious. You cannot talk about effective media education without fully understanding why we like a message, what desires it satisfies, or why we get hooked on certain narratives.

Nor can you pretend to form a critical attitude without attending to the emotional and unconscious processes that operate in our brain . The school has to provide moments to talk about the pleasure or displeasure that the media generates in us. Spaces of catharsis and content analysis, of self-evaluating our media diets and not only prescribing correct forms of production and consumption.

The challenge for the educational system is to understand the successful way in which many media content manages to penetrate the emotions of its users: from advertising to video games. Deconstruct what works in that design of experiences that involves, surprises and impacts them to seek an emotional connection with what we propose in school. Reason does not mobilize, emotion does (although many of our educational systems reward immobility).

It is not, by the way, about gamifying school life. Less, when many of the principles of gamification are limited to establishing schemes of actions for rewards or are occupied as the sole objective of awakening the motivation of the student, coming into conflict with other humanistic principles.

For the integration between information and communication technologies and the school to transcend this emergency, it should be addressed from an ecological dimension: conceiving the media not only as tools, but as an important part of our culture and of an ecosystem in constant evolution. Likewise, approach this integration from another emotional dimension.

As Ferrés (2008) stated in Education as an Industry of Desire , what we must pursue is a change in the communicative style in the teaching processes: one that connects with the new sensitivities that interactions with the media awaken or produce.

The school should not be, therefore, a sounding board for technological innovations, but rather a laboratory to experiment with the media from a critical sense and a rights-based approach. We do not educate in means to train more competent workers, but more empowered citizens. The pandemic we are experiencing should become a milestone to redesign the school as a responsible space to create, express, question, hack and appropriate the media; not the other way around.

Author Bio: Julius Caesar Mateus is Coordinator of the Research Group in Education and Communication at the Universidad de Lima