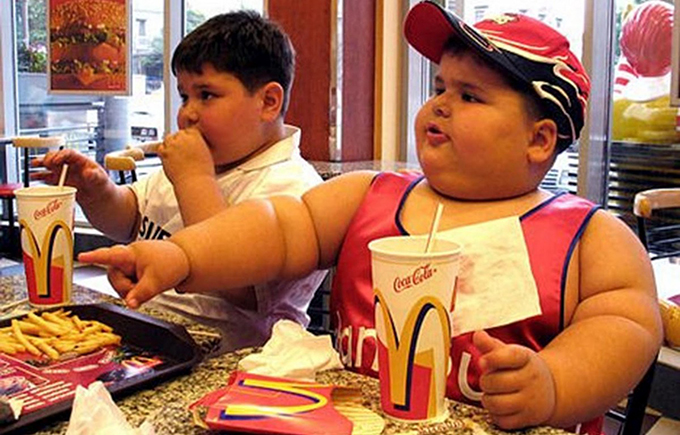 Childhood obesity is a significant problem in the United States. Many American kids are eating too much sugar and other unhealthy foods and aren’t spending enough time playing outside anymore. While some parents are making an effort to create healthier habits in their homes, it hasn’t been enough to reverse the upward trend of obesity in children over the last few decades.

So what’s next? What can we do to ensure that the next generation is happy and healthy? Some researchers support a new approach to resolving the issue: universal basic income (UBI). But what does UBI have to do with obesity, and how can it help make America healthier? Let’s take a look.

When you hear the term “epidemic” to describe the current childhood obesity problem in the United States, it might sound dramatic. But when you look at the numbers, it starts to make more sense. In the 1970s, only 6.1 percent of children between the ages of 12 and 19 were obese. Just four decades later, in 2011-2012, the percentage stood at 20.5 percent, more than tripling.

That increase is troubling, especially when you consider that we know more about human health than ever before—and we also know the consequences of childhood obesity. Children who are overweight are more likely to be obese as adults, may develop severe health problems, and often experience low self-esteem and isolation due to bullying.

Because this worrying trend doesn’t seem to be slowing down, we have to start thinking of creative solutions in addition to encouraging families to form healthier habits. One of those potential solutions is implementing UBI.

Understanding Universal Basic Income and Its Role in Health

Universal Basic Income, or UBI, is the concept of providing every citizen with a baseline monthly income without any requirements or restrictions. The idea of UBI is to increase equality, help people rise out of poverty, and create some level of financial stability for people from all backgrounds.

One of the most attractive aspects of UBI is that it helps those who need income assistance without penalizing those who work and earn more. It would also vastly simplify public assistance. But when it comes to childhood obesity, how could UBI help? Mainly, by helping people achieve better health through the ability to reduce their stress levels.

Repeatedly undergoing stress from poverty negatively influences health, creates a vicious cycle that can lead to poor decision-making, and makes it difficult to pull oneself out of poverty and into a better economic situation.

Poverty influences the kind of food people can afford to buy, how they are able to spend their time, and many other factors that can influence childhood obesity. Providing a universal basic income could help families live healthier, less stressful lives.

An Experiment in UBI

The theories behind UBI for better health are solid, but will this plan actually help people live better lives when put into practice? Fortunately, we have a few examples of communities experimenting with UBI for their citizens that can tell us a little more.

In 2016, Finland tested a form of UBI by giving 2,000 unemployed citizens (drawn randomly from a pool of 175,000) the equivalent of $640 per month to see if the experiment would help get people back into the workforce and address unemployment problems related to automation.

Although the full results are not yet available and it’s not clear that the trial helped reduce unemployment among recipients, there were some clear and compelling benefits that emerged from the pilot program.

Participants felt motivated to find work and their quality of life improved immensely. They were able to buy better food and enjoy their lives more. They felt less stressed and enjoyed improved security and emotional well-being. These health and wellness benefits helped some participants to feel more creative and lifted the burden of going through the public assistance bureaucracy to receive benefits, which can be time-consuming and arduous.

Though this particular trial has ended, others are in the works all over the world, even in the U.S. While the full effects of UBI are unclear, it seems like families living in poverty could improve their health—and their children’s waistlines—by receiving guaranteed income every month.

Childhood obesity can result in problems that range from anxiety to premature death. It’s a serious health issue that has long-lasting repercussions for families all over the country. We can’t continue to rely on the same methods we’ve been using to address the issue because they simply aren’t working.

UBI might seem like an unusual approach to solving the childhood obesity epidemic. But creative solutions that address many of the underlying causes of obesity—stress, poverty, poor nutrition, etc.—will be necessary if we want to see real change in the coming years. It’s important to consider all solutions because our young people deserve to be healthy and happy as they grow, learn, and create.