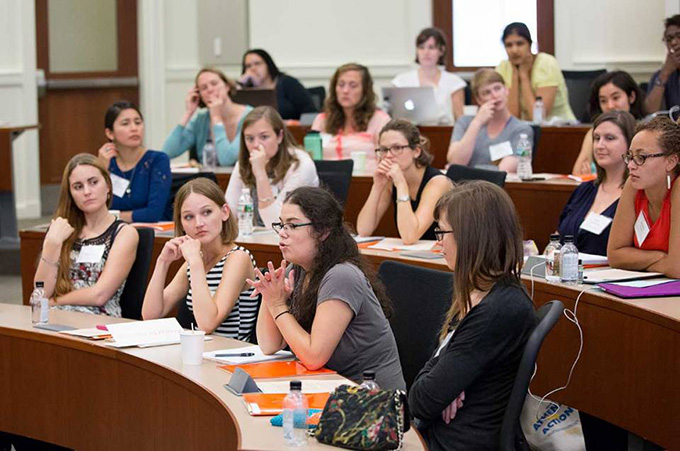 The future of Australia’s international education sector is on the drawing board. In the midst of Australia’s COVID-19 surge, the federal government released the Australian Strategy for International Education 2021-2030. It paints a future for the sector built around increased diversification and a focus on student support and well-being.

In a report released today, my analysis of the most recent available data (2020) shows the first year of the pandemic had different impacts on female and male international students.

Female enrolments have grown much faster

International education in Australia is becoming increasingly female. The numbers of female international students rose by 22% between 2016 and 2020 despite the pandemic drop of 2020. In the same period, male enrolments grew by 18%.

This feminising trend is part of a global phenomenon of women increasingly seeking education abroad. Globally, women’s enrolment in higher education has grown almost twice as fast as the male enrolment rate in the past four decades.

What are the trends in source countries?

Several countries send more women than men to study in Australia. Most of these are in North-East and South-East Asia. Each has had rapid economic growth in the past 40 years with women’s participation rising at all levels of domestic education.

Enrolments from female-majority markets were relatively stable in the first year of the pandemic. While all these countries besides Vietnam sent fewer students to Australia in 2020 than in 2019, the gender ratio remained the same. Overall, female students from this group of countries did not choose to delay their studies or study elsewhere at a higher rate than male students.

Female-dominant sending countries were among Australia’s most stable sources of students during the early days of the pandemic.

China has been behind much of the growth in female students arriving in Australia. More than 54% of Chinese students studying at Australian institutions are female.

This mirrors the overall growth in the proportion of women leaving China for study. There was a five-fold increase in the four decades after the economic reforms of the late 1970s. Today 60% of outgoing students from China are female.

Questions about whether Chinese students will return to Australia, in what numbers and how to best support them are largely also questions about gendered aspirations, careers and expectations.

What about the markets with more male students?

The story from countries that send more males than females to Australia was quite different in the first year of the pandemic. These countries are mostly located in South Asia and the Middle East, rather than the Asia-Pacific region.

Male-majority markets experienced larger drops in overall enrolments in 2020. Student numbers from India, Australia’s second-largest source country, fell by 24% between 2019 and 2020. At the same time, the percentage of female enrolments from all these countries – with the exception of Oman – increased.

These data suggest male students in these countries changed their minds or delayed their Australian studies during the early pandemic months at a greater rate than female students.

With the exception of India, male-majority sending countries send fewer students to Australia than female-majority nations. Take out the two largest markets – China and India – and the disparity is even greater.

A female success story in other ways too

Australia’s female international students are the most successful of all our university student cohorts. They continued to have higher rates of academic success in 2020 than their male counterparts and all domestic students. International female students are traditionally relatively successful in Australian undergraduate courses.

During the rapid digital transformation of our institutions during 2020, international students continued to maintain – and in fact increase – their academic edge.

Female international students are largely resilient, successful and are looking to gain more than qualifications during their time in Australia. Research shows many of them study abroad to experience a new way of life and greater independence, alongside gaining a degree. Understanding this cohort – their ambitions, their drivers and what support they need – will be key to Australia’s international education sector’s recovery.

Author Bio: Angela Lehmann is an Honorary Lecturer, College of Arts and Social Science at the Australian National University