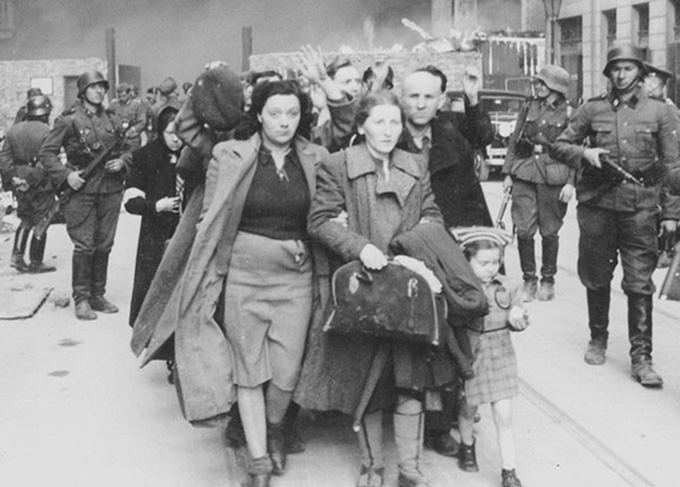 When I first set out to research how the Holocaust was being depicted in textbooks in New Jersey’s public schools, my hope was to see what students were being taught about the systematic state-sponsored killingof 6 million Jewish men, women and and children.

I never imagined that my work would lead me to serve as a witness against a history teacher who encouraged his students to question whether the Holocaust had ever taken place at all.

The case – known as Jason Mostafa Ali v. Woodbridge Township School District – represents a rare look inside the mind of what I see as a modern day Holocaust denier. In some ways, the case is reminiscent of Irving v. Penguin and Lipstadt – a Holocaust denial case famously portrayed in the 2016 movie “Denial” and written about in a book of the same name.

In that case, Emory University history professor Deborah Lipstadt was sued for libel in a London court by author David Irving, a well-known writer about WWII. Irving filed the libel suit after Lipstadt wrote a book called “Denying the Holocaust,” in which she called Irving “one of the most dangerous spokespersons for Holocaust denial.” A British court ultimately tossed out Irving’s suit, finding that he had “persistently and deliberately misrepresented and manipulated historical evidence” in order to portray Hitler in “unwarrantedly favourable light.”

Now here I was some two decades later, being called upon to serve as a witness against a schoolteacher trying to get his job back after being fired for doing essentially the same thing.

My grandparents were Holocaust survivors. I have also spent the past four years interviewing children and other grandchildren of Holocaust survivors. My work shows how deeply members of the second and third generations feel the impact of the Holocaust in their lives. Many often feel like they carry the trauma that parents and grandparents experienced. I had to work to keep my emotions in check and focus on the business at hand.

My involvement in the case against Mr. Ali began in November 2017 when I got a phone call from a lawyer who was representing the Woodbridge Township School District. I had sent an email earlier in the year to the district about my study of how textbooks portray the Holocaust and officials there remembered my note.

Woodbridge officials had fired Mr. Ali, who was teaching students to question the Holocaust and who was also pushing 9/11 conspiracy theories. Mr. Ali was now suing the district for illegally firing him over his race and religion.

Mr. Ali had first made headlines in September 2016 after a news station discovered several 9/11 conspiracy links on his school webpage.

After speaking with the Woodbridge district lawyer, I was sent several hundred pages of depositions, student work and lesson plans to review. I was also asked if I would serve as an expert witness in the case.

One particularly memorable student paper in the documents was called “A Gas Chamber Full of Lies.”

“We have all been taught that the Holocaust was a time of hate, and that Hitler used the gifts he possessed for absolute evil, but is that really the case? … Is the death of the Jews completely justified? No, because nobody deserves to die, regardless what they’ve done. But are their deaths really completely unjustified either?” read an excerpt.

Another student stated that the Jews imprisoned in concentration camps “had a much easier and more enjoyable life in the camps” and that “even though they were not at home, they felt like they were.”

Mr. Ali’s pedagogical folly was not limited to the Holocaust. He also shared links to stories that asserted that 9/11 was a conspiracy between the CIA and Mossad. The stories had headlines like “The Jews are like a cancer, woe to the world if they become strong.”

Confronted with this evidence, I decided to serve as an expert witness in the case.

In a report to the court, I pointed out how – during a deposition – Mr. Ali made numerous factual errors and had a lack of knowledge about the Second World War and the Holocaust.

Mr. Ali did not know basic facts, such as the name of General Erwin Rommel, one of the most prominent German generals of the war. He also was ignorant of Elie Wiesel or Wiesel’s classic book “Night,” perhaps the best-known account of the Holocaust by an Auschwitz survivor.

These giant gaps in basic factual knowledge, I told the court, came along with what I described as a “worrisome awareness of arcane, conspiracy-related details, a classic case of losing the forest for the trees in historical terms.”

“By allowing his students to investigate assertions, myths, and logical fallacies as if they are real, Mr. Ali created the space for denial to grow,” I wrote in my report. “This allows the idea of ‘maybe there is more to this than I was told’ to bloom.”

In Mr. Ali’s case, he alleged – among other things – that he had a First Amendment right to share materials that he saw fit.

But United States District Judge Madeline Cox Arleo disagreed. She ruledthat the school district, not the classroom teacher, “has the ultimate right to decide what will be taught in the classroom.” Except for a procedural matter unrelated to his teaching, she tossed out the various claims in Mr. Ali’s lawsuit, saying that he failed to show he was fired for anything other than the reasons given by the school district – not his race or his religion like he claimed.

Mr. Ali is not done with this fight. Even though a judge tossed out his lawsuit, on May 28 he filed an appeal, court records show.

The Conversation reached out to Mr. Ali and his attorney, Nicholas Pompelio, but did not get a response.

I don’t doubt that Mr. Ali has a story to tell. I can’t speak to his claims that he was subjected to an “anti-Muslim attitude” at work, or that the school district didn’t seem to have a problem with his 9/11 conspiracy theory lessons until a TV station started reporting about it.

All I know is that when it comes to what Mr. Ali either let or encouraged his students to believe when it comes to Hitler and the Holocaust, his lessons weren’t just wrong, they were dangerous.