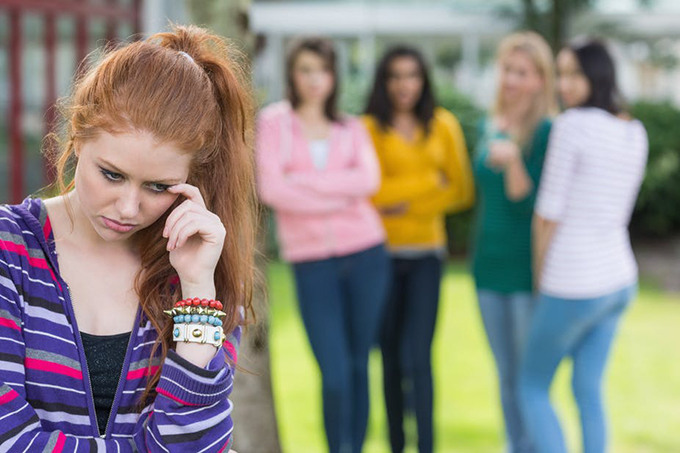 The Victorian state government was recently reported to be investigating whether it could make it easier for bullying victims to sue schools. This was prompted by the case of a 13-year-old boy who had to undergo surgery after being bullied at a private school in 2016.

All forms of bullying have the potential to create long-term and often disastrous psychological as well as physical effects. Some young peoplewho have died by suicide were found to have done so after persistent bullying.

Evidence is emerging of the links between school bullying and offending and depression in later life, for both the bullied and the bullies.

Schools have a legal obligation to address bullying behaviour of pupils and provide support for both the victim and the perpetrator.

Assault and the law

Outside school, physical bullying behaviour such as pushing and punching would be assault and dealt with in the criminal justice system.

There is no reason any of these laws would not apply within schools.

Emotional bullying in all its varying forms poses greater difficulty wherever it occurs. Australian law is gradually introducing responses to emotional abuse. There are avenues for complaints of digital bullying, for example, under the Enhancing Online Safety Act 2015 and the Enhancing Online Safety (Non-consensual Sharing of Intimate Images) Act 2018.

External complaint avenues and criminal ramifications are one thing. But what about cases where a child was bullied persistently and whose complaints to the school went unheeded? Can a school be sued for the harm caused to a student?

The New South Wales courts have said yes. In three notable cases, former students received compensation by proving the school was negligent due to its inaction. Jazmine Oyston, David Gregory and Ben Cox proved they had suffered ongoing mental harm from bullying that their schools failed to address.

In holding the schools liable, the courts set valuable parameters of a school’s legal responsibility.

A school owes a legal duty of care to its students directly and through its staff. This duty exists when the situation is in the school’s area of control – on school grounds, on or waiting for school transport, and on school-organised excursions or activities.

Satisfying this requirement becomes more fuzzy when the harm occurred through digital media, or outside what could strictly be called school activities, such as sports or work experience.

Once control is established, the extent to which the school knew or ought to have known of the bullying is the next concern. In each of the above cases, the evidence details a litany of complaints and concerned parent contact with the school.

Jazmine Oyston’s school days were stained by pushing, name calling and harassment. The school was aware of this due to her complaints and her severe anxiety and panic attacks (at one stage an ambulance was called to the school).

David Gregory and Ben Cox had similar stories of physical bullying. Ben’s mother was called to the school on several occasions when he had varying degrees of physical harm. She had voiced her deep concerns to the principal.

What school personnel did or did not do is the next focus. In Ben’s case, even after these incidents, the school failed to recognise the bullying behaviour of the other pupil, even telling Ben “bullying builds character”.

Schools may point to their anti-bullying policies if conduct like this occurs, but these are not enough if the school can’t show policies were known and followed.

For the school to be liable for damages, the school’s inactivity must be proven to have caused the harm. This can be easier to prove when it comes to physical harm, but the link between bullying and a psychiatric illness may be more difficult.

This is especially problematic when the psychiatric condition develops some time later as other factors in the person’s life may come into play. But it has been done.

David Gregory was in his 30s when he made the claim his psychiatric illness was a direct result of the persistent bullying he suffered when at school more than a decade earlier. He was awarded nearly half-a-million dollars compensation from the NSW government.

The above cases and others where this kind of harm is central now show a much greater recognition of delayed development of psychiatric harm.

While the law for proving when and why a school should pay is now reasonably clear, argument on the facts may provide some wriggle room for educators and their insurers less inclined to accept liability, as is the case with the Melbourne schoolboy reported above.

Court action may go over many years with several appeals before final determination – in Jazmine’s case from 2007 to 2013.

It rarely serves the parties well, particularly when weighed against the cost, time, energy and anxiety already on top of significant harm.

When the facts point to a school’s liability, its priority and that of its insurers should be to acknowledge shortcomings and accept responsibility for the harm. They should focus on reaching a fair and just settlement rather than devising means to oppose or delay the claim.

Author Bio: Sally Varnham is Professor of Law at the University of Technology Sydney