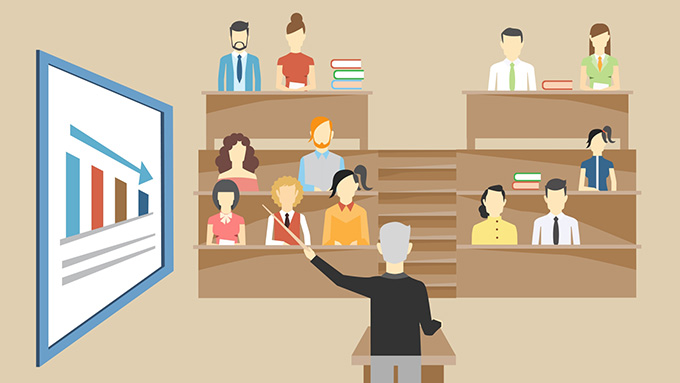 Which university lecturers can forget about their failures when giving lectures. On such occasions, I felt I had lost all students from the start: those who were out of focus, looked lethargic and anxious. Without shame, I focus more on my PowerPoint presentation to save my face. Years later, I can still hear myself reading aloud the points of the presentation and then turning to students to convey these points to them.

Fortunately, I don’t remember what the students thought about it, but my most painful memory was the experience of making myself bored. When that happens, I am sure that it is time to change the way to teach. That’s why I forbid the use of PowerPoint in college.

There are a number of reasons why lectures are not good: lectures that are not well planned, inadequate preparation, lack of enthusiasm for the day, uninterested students, too large a crowd, poorly designed auditorium. PowerPoint is another reason.

Physical face-to-face lectures allow for complex and open interactions between students, reading material, lecturers, and case and theory-based problems. PowerPoint presentations limit lectures to a form of teaching that ignores any input other than the lecturer’s own ideas prepared the day before. This reduces the possibility of improvisation, and the opportunity to receive input from students without deviating from the curriculum.

This is what usually makes such presentations very tedious: while students quickly find out clearly the direction of the lecturers’ conversations, the opposite is true for lecturers who have to explore all the points, when students hope the next page presentation may be more interesting.

Not suitable for lecturers

However, to be interesting and relevant in a lecture, lecturers need to ask questions and experiment, not provide solutions and results. Unfortunately, PowerPoint was designed to provide the opposite. Initially PowerPoint was designed for Macintosh , the company that designed it was later bought by Microsoft. Once launched, this software is increasingly targeted at business professionals, especially consultants and busy sales people.

But during the 1990s PowerPoint was adopted more generally by companies because it became part of the Microsoft Office package. PowerPoint describes the executive summary, in one line sentence, and the plan is “easy to convey”. His presence in the academic world was later supported by increasing pressure from the faculty to provide more teaching and the increasing demand for a more diverse student population, which needed concrete guidance.

However, PowerPoint does not empower academics. The basic problem is that a lecturer does not sell knowledge in points to students, but they must make students solve problems. Such a learning process is slow and difficult, and cannot be summed up neatly. PowerPoint produces ignorance, which is why some people, such as American statistician Edward Tufte say that PowerPoint is “evil” .

Of course, new presentation technologies such as Prezi , SlideRocket or Impress add many new features and 3D animations, but I would argue that these things only make things worse. The debated points did not become relevant to the move made. The truth is that PowerPoint isactually difficult to follow and if you miss a point, you will easily feel left out. 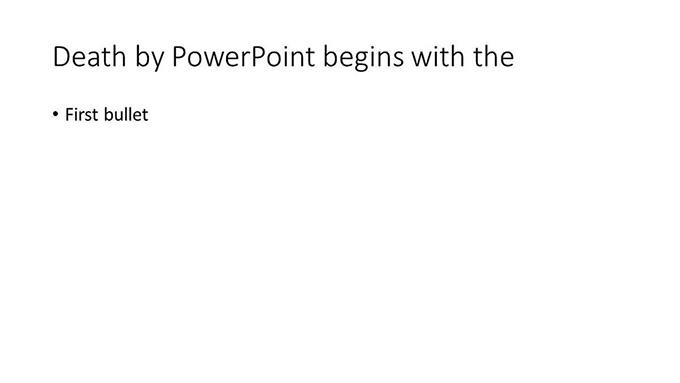 No one has peer review of PowerPoint . Lex Photographic / flickr

Above all, an ambivalence arises from what is contained in these points. In my presentation, the text on the slide is really only my personal thoughts and which is often hastily written. Unlike my work published and reviewed by other colleagues, no one has seen or criticized my PowerPoint . But students consider my points to be the right thing, and they often quote them in their assignments instead of finding a way out by finding the points in the lecture book.

When we succeeded in banning Facebook and using other social media in our Masters program in philosophy and business at Copenhagen Business School, in Denmark, we also recently banned lecturers from using PowerPoint . This decision is in line with the decision of the United States armed forces. Brigadier General Herbert McMaster banned the use of PowerPoint because it was considered a bad tool for decision making. We agreed, even though we still allow lecturers to use it to display images and videos and quotes from the main authors.

Without using PowerPoint , the lecturers write with chalk on the board (or markers on the board). Contrary to what PowerPoint allows , chalk and chalkboard allow us to record points from students and connect to the points we develop ourselves. Most universities actually defend Microsoft’s monopoly secretly, architecturally prioritizing projectors and PowerPoint rather than other technologies such as blackboards.

Of course, by not using PowerPoint , the burden for lecturers increases for lecture planning. However, in our Masters program, we as lecturers have a clear plan in terms of what should happen every minute of the lecture, the right content must still be made different and open. To support interaction, students sit with visible signs, also introduced in the first lecture. In this way, less active students can be called to develop concepts and connections that grow on the board, either from their chair or by coming to write on the board.

In the years I used PowerPoint in the traditional way, students complained about not getting materials before college. Now, students don’t ask for PowerPoint material at all – they just ask for better formulation on my board. They are right, in contrast to PowerPoint presentations , the actual order of the whiteboard can be fixed directly.

Without PowerPoint , the lecturer has nothing but students. This seems like a far more promising moment.