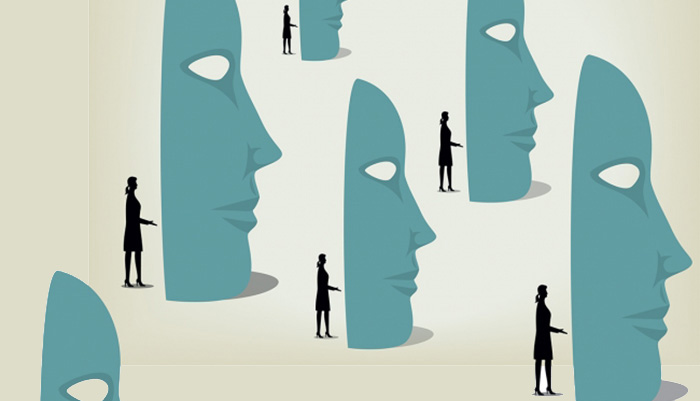 Hardly a day goes by without the popular press featuring some celebrity or sportsperson recounting their supposed experience of “impostor syndrome”. Meanwhile, on social media, posting after posting suggests that “everyone has it” – but you can cure yours with this three-point action plan.

Sadly, much of this material is both incorrect and belittling to those who really do suffer from the “impostor phenomenon” (IP) first defined in the mid-1970s by Georgia State University psychologists Pauline Rose Clance and Suzanne Imes.

The phenomenon refers to the often crippling experience of believing oneself to be faking it despite a record of success. Sufferers live in a state of anxiety, waiting to be unmasked. But it is not a simple lack of self-confidence. It is a cyclical, socially learned response that can be deeply embedded. Forty years of research has identified an association with depression, maladaptive perfectionism, self-handicapping, externalisation of achievement, fear of failure and, paradoxically, fear of success.

But the profound has been turned into the perverse. Misnamed a “syndrome” and oversimplified, the experience of IP runs the risk of being dismissed as fad or fantasy.

IP appears to be particularly prevalent among students and academics. This is not surprising given the academy’s foundation on the principles of constant critique and scrutiny, and its historical association with upper-class white men. Those who perceive a lack of “fit” among their peers are more likely to feel like impostors – and gender, race and class are by no means the only points of “otherness” associated with IP. Indeed, a recent article in Times Higher Education suggested that academia actively sets up an “us and them” culture, in which talented but different scholars may be identified as “other” (“Who put the ‘cult’ in faculty?”, Opinion, 1 January).

While a good deal of attention has been paid to the prevalence of IP in women, much less has been devoted to its incidence in racial minorities. This amounts to an affliction over and above minority status stress (overt or implicit racism, discrimination and educational hegemony. Take Asian American university students). Research suggests that prevailing stereotypes associated with the high achievement of this group can generate a sense of “not being good enough” that goes beyond a sense of racial otherness.

This is a key point. Although universities typically have well established and robust suites of initiatives to diminish the incidence of racism on campus, racial minorities may well be more impacted by IP experiences. Worse, some of our most vulnerable students – and academics, too – may experience the confluence of both assaults on their well-being.

Universities are also implementing strategies to expand access to people of all backgrounds. However, research illustrates that experiencing otherness because of a lack of identification with the prevailing socio-economic identity of the university community, faculty or immediate classmates might exacerbate IP experiences. Moving in friendship (or professional) circles with people perceived to be from a higher socio-economic group can heighten the experience of IP. Moreover, individuals from poorer socio-economic backgrounds might also face accusations from their former peers that they are betraying their class.

What should universities do about it? For a start, they could identify IP as a real impediment – on a continuum from mild to intense – to achievement and well-being. Moreover, they should endeavour to distinguish the evidence from the claptrap around the pseudo-syndrome of popular myth – and the vacuous “just follow your star” responses to it that are peddled. Merely thinking happy thoughts is not going to resolve what can be a lifelong and debilitating experience that robs the individual of an enjoyment of success and potentially deprives academic communities of the labour of some of our brightest individuals.

Recent research suggests that seeking support from outside a comparison group (such as peers from different courses or disciplines) is likely to diminish impostor feelings. Hence, setting up cross-faculty or cross-disciplinary peer support structures might well assist students not only to seek support but also to feel less intimidated by those providing it (since there is less of a direct comparison of competence or worthiness between the supported and the supporter if they are from different disciplines).

With regard to academics, institutions should look to their recruitment, performance management and advancement structures. Stripping away overt “in-group” privilege (such as privileging members of old boy networks) might reduce the fuel of impostorism inherent in the academic community, as might expanding cross-disciplinary social support.

Fundamentally, however, the most effective means of eliminating that fuel is to have individuals examine the internal narratives that developed the impostor response in the first place. Are there any personal experiences underlying their belief that they are not worthy of their success, position or recognition? Examples might be parental criticism, sibling rivalry and hurtful past failures – and all of them can be overcome with the right support.

If we are to have supportive inclusion practices, it is incumbent on higher education institutions to examine the impostor experience with more evidence-based enquiry and more proactive responses.

Author Bio: Theresa Simpkin is associate professor (teaching focused) and director of the senior leader degree apprenticeship on the executive MBA programme at Nottingham Trent University. She is founder of the Braver Stronger Smarter initiative.