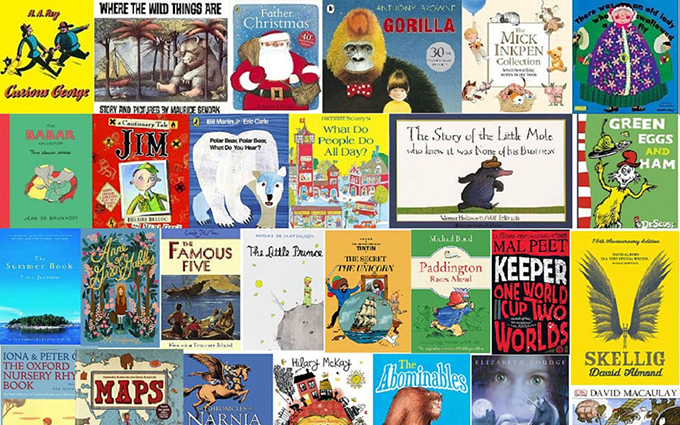 A highlight for Australian children’s literature is the announcements of the Children’s Book Council of Australia (CBCA) Book of the Year award winners. This year’s winners will be announced on Friday October 16 — right before the start of CBCA’s Book Week on October 19.

Making the shortlist brings great exposure for the books and their creators. The shortlisted books are put on special display in public school libraries and supermarket shelves. They are even made into teaching resources, suggesting an exploration of the book’s themes, for instance.

Crucially, award lists contribute to the “canon” of literary works that become widely read. This canon is distributed through libraries, schools and homes. Sometimes, benevolent relatives give them as gifts.

We investigated the diversity — including ethnicity, gender and sexuality — of the 118 shortlisted books in the early childhood category of Book of the Year between 2001 and 2020. We also examined diversity among the 103 authors and illustrators who have made the shortlist over the past 20 years.

The CBCA was formed in 1945, as a national not-for-profit organisation promoting children’s literary experiences and supporting Australian writers and illustrators. The first awards began in 1946.

There were originally three categories for Book of the Year: older readers, younger readers and picture book.

In 2001, “early childhood” was added as a category. This was for picture books for children up to six years old.

Picture books are significant for not only developing early literacy skills, but also for the messages and values they convey about society. They help children learn about their world.

The diversity children see represented in that world affects their sense of belonging and inclusion. At this age, cultural values and bias settle in and become the foundation for how we develop. These values and biases have a profound influence on our successes and struggles in our adult lives.

A positive for gender diversity, but not ethnicity

We used visual content analysis to examine ethnic diversity, we well as gender, disability, sexuality and linguistic variation in the 118 early childhood category shortlisted books — between 2001 and 2020.

We also examined diversity among the 103 authors and illustrators who have made the shortlist over the past 20 years. Only one person — Alywarr illustrator Dion Beasley, from the Northern Territory, and winner in 2017 for Go Home Cheeky Animals — identifies as Indigenous.

Female authors and illustrators, however, were more represented (66%) than male (34%).

This placed boys and girls equally in the role of the protagonist, which stands in contrast to previous research looking at best-selling picture books.

Looking at the wider story world, supporting characters are still overwhelmingly white. But this world does marginally include characters of Asian, Black and Middle Eastern heritage. Overall, human characters appear in 85 (72%) of the 118 books.

The 2020 Early Childhood Book of the Year shortlist. CBCA/Screenshot

The CBCA early childhood shortlist minimally represents other forms of diversity. We see only two main characters living with a disability and no characters who are sexually and gender diverse.

Other types of diversity

Linguistic variation is also minimal, in only four books, which does not reflect the linguistic diversity of the wider Australian population.

In response to our queries regarding their judging criteria, the CBCA said:

we do not select books for entry into our awards. It is the publishers and creators who select the books for entry. Our main criterion is literary merit, we do not actively exclude diversity, themes or genre.

Only two of the six 2020 shortlisted books in the early childhood category have human main characters. And these are both white.

The age of zero to six years is a crucial stage of development. It is important for young readers to see people and surroundings that are like their own to cultivate a sense of belonging. It is equally important to see a different world they are not familiar with.

If award-winning books sit at the top of reading lists, these books also need to embrace and reflect the full and rich diversity that makes up our country.

Author Bios: Helen Caple is an Associate Professor at UNSW and Ping Tian is a Lecturer at the University of Sydney