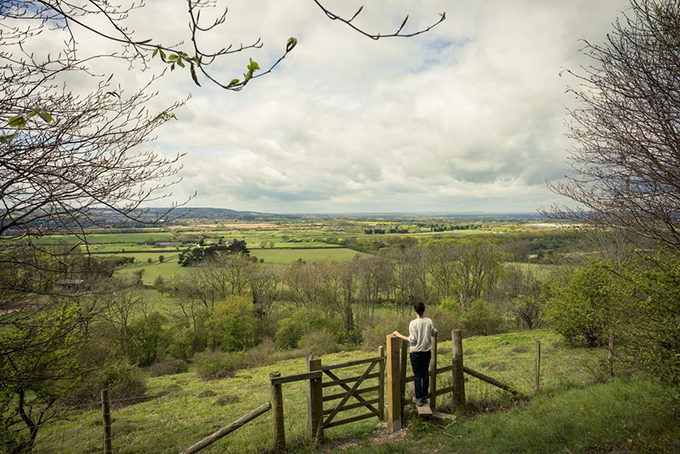 Empty towns, public places that the new generations no longer frequent, a village spirit that is being lost: if these images are far from completely corresponding to reality, they are very present in the discourse that circulates about the countryside. With such a representation, the idea arises that young people flee these public spaces. However, things are much more complex and, in order to grasp them, we must look into the incomprehension on which they are based.

If young people animated, several decades ago, the public space of towns and countryside, we would no longer see them much in cafes or bars, very little also in associative places or when political events are organized. This is the observation shared by many elected officials and residents met in the context of a sociology thesis on young rural people , carried out between 2017 and 2021. We can certainly make the assumption that the fragmentation of the job market in rural areas has contributed to this development, however, a whole range of other reasons are taken into account to explain this phenomenon.

In current public policies, young people are seen as a necessary resource for the survival of the countryside . On his shoulders would rest the future, employment, solidarity, the renewal of the “village spirit”; in short, the realm of the possible. From this perspective, their non-involvement in local life would be an important issue. However, if youth is seen as a promise of better days, it is not always welcomed with open arms in the countryside and must also face a certain mistrust. It would be synonymous with danger, nuisance, or a “wildness” of society and its mores.

Between a resource that we want to keep “in the corner” to revive or perpetuate local life and a group to which we attach many negative stigmas, today’s youth must face a real restructuring of relations between acquaintances and a change in the feeling of “home”.

The place of employment

The rural job market is no longer that of an economy self-centered on agriculture or industry. Beyond factory closures and the technologisation of an agriculture that is therefore less labour-intensive, the tertiary sector, and more particularly the field of low-skilled employment , is developing in rural areas.

This change in employment involves more travel and limits the maintenance of relationships at the local level. The logical relationship between place of work, place of residence and place of sociability seems less and less obvious. The job market to which young people have access no longer really allows them to establish relationships “in the area” and to anchor themselves socially in their living space.

If young people, and in particular the less qualified , fit in more easily in the countryside than in towns, the available employment becomes precarious and is increasingly dominated by instability.

While employment withers and is scattered over the local living space of these young people, the social relations of proximity and intimacy are in turn being restructured into “islands of sociability”. The parental home then retains a central place since it can be a space of retreat from the public space often perceived as stigmatising.

The restructuring of employment, if it contributes to remodeling the feeling of belonging to the local space, is not the only dimension to be taken into account to explain the avoidance by the 16-25 year olds of the public space. . The way we look at them also has a role to play.

Massive access to the Internet and social networks has enabled a large number of digital natives to share more or less formalized ways of feeling, thinking and acting. The fact that rural youth is largely influenced by this dominant urban youth culture could weaken relations with the older inhabitants of the spaces in which they live.

However, if the introduction of urban music, rap or hip-hop, could be perceived as a marker of generational rupture, was this not also the case in the past with the arrival of black jackets and hippies? among young rural people in the quarter-century of the post-war boom?

If there is a recent break, it should rather be sought elsewhere than in these markers of “subculture”. It is not so much that young people have changed, but that society as a whole is changing, and therefore with it the rural areas, within which these young people live. Overall, young rural people say that they live fairly well in these spaces: 92% of them have a positive view of them, 87% would like to live there and 72% would like to work there.

Thus, if they share ways of being, of presenting themselves and of consuming close to their urban comrades, they share what they consider to be values ​​common to their elders and very often have a very derogatory discourse towards cities .

If many avoid public spaces, it is not so much that they are not interested in them, but that mistrust has set in. This mistrust of the public space is explained by fear of gossip or gossip in spaces where interacquaintance is important. Afraid of being stigmatized in a space where reputations are made and unmade quickly, young people prefer to remain in the private domain. The “excesses” of youth such as drunkenness on the public highway, parties or even fights which could once be understood as part of the local “ambience” or the “spirit of the village” are rather perceived today as markers of a “wildness” of youth and the risks associated with it.

The young people – in a shapeless and sometimes fantasized ensemble – are then presented as lazy, without motivation, while at the same time one wonders why they do not participate in the life of the commune. Getting away from the public space is understandable since they prefer to avoid potential stigmatization in spaces where everyone knows each other, if only by reputation.

From public to private

Does this mean that young people no longer have a social life in the villages? If young people have a general tendency to avoid public space, this does not mean that rural sociability no longer exists. In reality, they move and reorganize around three forms: “at each other’s”  ; around the family home and through the extensive use of social networks and the Internet.

The family home is still largely the space where friendly relations are maintained among young people. Bars are perceived as “old-fashioned”, even stigmatizing, and encounters tend to crystallize in the private setting with a group of friends chosen rather than induced by geographical proximity alone.

Few of these young people happen to be “rooted” , simply attached to a land and the people who live there. The feeling of “home” is experienced between small islands of private sociability rather than in the nearby public space. Access to the car is becoming an essential issue both for professional integration and for maintaining and perpetuating one’s network of friends .

Young people have not disappeared from the countryside, but it is the whole of public space and mobility that must today be rethought to help them reclaim a place in public space.

Author Bio: Clement Reversed is Professor of Sociology of Youth, Sociology of Rural Areas at the University of Bordeaux