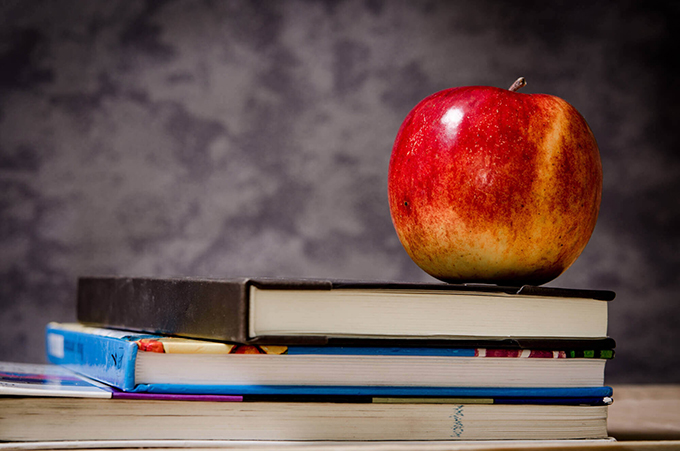 It is often pointed out that textbooks add to the students’ binders. They also weigh on budgets and are not easy to renew when school curriculum changes accelerate – evidenced by the debates in the regions about the purchase of future books for high school , in tune with the reform of the baccalaureate. .

However, beyond these practical disadvantages, textbooks retain a strong symbolic place, imbuing the imagination and memories of generations of students (as evidenced by the examples of “little Lavisse” in history or “Lagarde and Michard” in French), ringing the beginning and the end of the school years, from their distribution to their delivery.

How to explain this longevity and importance? What can be the future of the textbook at the time of multiple ministerial reforms and the “all digital”?

Paper is a book containing a wealth of knowledge of a discipline, the manual is a “false historical evidence” as written by Alain Choppin , pioneer of studies on this subject. Indeed, a multi-faceted school tool, it is at the interface between the institution and the teachers, between the students and the teacher, between the families and the institution. It is also a commercial product because, in France, school publishing is a leading economic market , representing 14% of the annual turnover of the sector.

Custodian of an “official history”, the textbook is the revealer of political will and possible discrimination. In 2008, a report by the Halde had analyzed and denounced the sexism of French textbooks that reflect the patriarchal domination of our society. A recent study by the Georg Eckert Institute stated that while textbooks in most countries in the world, and in this case in France, are increasingly mentioning women’s rights, they are still shown today. traditional or subordinate roles compared to men.

The textbook is a major societal issue and it is no coincidence that the Hungarian government of Viktor Orban uses it to maintain an inequality between girls and boys in line with its reactionary policy.

Carrying values, representations and stereotypes, textbooks open up fertile fields for research. Thus their critical analysis has led to many works on the construction of a national myth with Suzanne Lemron or a school history with Laurence De Cock and Emmanuelle Picard.

If one remains in the historical discipline, the analysis of the textbooks also allows the understanding of the evolution of the programs and the changes of a school discipline . This work has been underway for fourteen years at the University of Montpellier, and has just given rise to a symposium on disciplinary standards and the “academic form”, in the words of the sociologist Guy Vincent .

Indeed, the question arises as to whether the textbook does not participate in the slowness of pedagogical evolution and the compartmentalisation of knowledge. These debates are not new and figures of the early twentieth th  century as Freinet were very hostile to the textbook. Even if the slogan “no more textbook” was above all a desire to question the uses rather than ban the textbook as such, it was an offensive against traditional teaching.

Currently, the place and role of textbooks are at the heart of debates and pedagogical choices for teaching reading with a comprehensive analysis of the CSEN (Scientific Council of National Education) and ministerial recommendations in the choice of textbooks. reading.

Does the digital age herald the end of the textbook? Even if digital media are multiplying because of the price of paper, students remain attached to paper and younger generations make a difference between reading on paper and on screen.

Indeed, the same study establishes that one in two teachers uses other resources than the manual in particular on the Internet. Its role is thus reduced in the elaboration of the courses, even if the strong point of the textbook remains that it facilitates the preparations of the courses for 73% of the professors and saves time for 66%.

Digital is undeniably a challenge for the textbook by creating a new environment of thought and action. It is also an opportunity to make it accessible to children with disabilities including visual .

The far-reaching reforms of school curricula since 2016, with acceleration since 2018, seem to be turning the tide. In January 2019, school publishers alert the public authorities to the complexity of renewing all textbooks at such a rate. The question of financing is posed in the first as the second degree. Some regions are considering a disengagement in the purchase of textbooks and wish to move to all digital in order to avoid new expenses.

This evolution, worries some teachers because of the improvisation of such a measure and the risk of losing the freedom of choice of the manual. Is the risk not that the choice of the digital textbook answers to financial choices, and not to a reflection on the new pedagogical modalities that it could bring?

Author Bio: Sylvain Wagnon is a Professor of Universities in Educational Sciences, Faculty of Education at the University of Montpellier