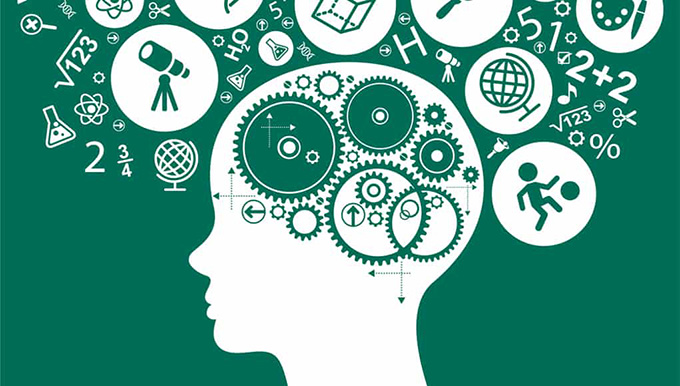 Ataulfo, Siderico, Walia, Teodoredo, Teodorico, Eurico… and so on up to thirty-three Visigothic kings. The list ends with the deposed Don Rodrigo, defeated by the Muslims in the battle of the Guadalete River in the year 711, giving way to the Muslim period in the Iberian Peninsula.

It is a classic of Spanish education from another era, which several generations receive, and which is often used as an example to demonstrate that traditional and rote information is useless.

And indeed, knowing by heart the list of the Gothic kings that I recited “like a parrot” before the school teacher in the sixties has been of little use to me , except for a dubious mental exercise to strengthen my memory.

This learning from other times has been replaced, in theory, by other more functional ones, such as knowing the period in which the Visigoths dominated the Iberian Peninsula, knowing what their culture and traditions were, or how they merged and integrated with the population. Hispano-Roman, its conversion to Christianity, its chaotic system of succession in power, etc.

However, one day, out of curiosity, I decide to check it out in my Pedagogy degree classes at the University of Valencia. I start at the beginning, and I launch a generic question to the whole class, asking about the approximate period in which the Visigoths were settled in the Iberian Peninsula.

In the class, of about fifty students, there is a deathly silence, until a student raises her hand and asks:

“Who were the Visigoths?”

Ignorance of facts and concepts

Although without intending to extrapolate it to all university students, every day I verify, in different university courses, that, despite the fact that there are always exceptions, the majority of the class remains in absolute ignorance of facts, concepts and historical data.

For example, in the subject on Education in Ethical Values, I usually resort to historical periods such as the Thirty Years’ War in the 17th century in Europe to explain the origin of the value of religious tolerance.

Without claiming a detailed knowledge of the historical facts, when asking generically about the origin and outcome of such a warlike confrontation, I find that the students are not able to recognize it or place it in a specific historical period.

Something similar happens when I try to explain the origin of the values ​​Liberty, Equality and Fraternity that constituted the flag of the French Revolution. They hardly know anything about the Enlightenment, the French Revolution or the Cadiz Constitution of 1812, to cite more recent relevant events.

They tell me that in reality they know the 19th and 20th centuries from history, which they studied in depth because they were the ones who entered the selectivity.

But regardless of the distortion that this test generates in the high school curriculum, I do not understand what these boys and girls have studied throughout their secondary education stage.

That general culture that those of us who studied six years of high school possessed and that we knew, at least, the fundamentals of history, geography, philosophy, literature, biology, etc., has been completely lost.

This is demonstrated by the recent study by the CIMOP institute carried out among young people between 16 and 30 years old on relevant topics such as the Spanish civil war, the Franco dictatorship or the democratic transition. The ignorance and confusion about the fundamental facts, data and concepts is remarkable.

Information is not knowledge

Today’s students tell me that all of this is on the Internet, and that they search for it very quickly on Google or on Wikipedia. They obviously confuse information with knowledge.

Only that information that we are capable of processing and integrating into our cognitive system, understanding it, relating it to what we already know and making it our own, becomes knowledge.

And this cannot be done fully with a quick consultation of sources that are not always reliable, but rather with slow, thoughtful readings aimed at assimilating the information and making it one’s own in a meaningful way.

The LOMLOE and the competitions

This reflection comes to mind that in the new school curricula established by the new educational law (LOMLOE) there is a clear commitment to an education focused on learning skills .

It is not that it is wrong for students to learn to “do practical things” by synthesizing the concept of competence, but we cannot fall into the trap of emptying curricula of conceptual content, and replacing it with procedural and emotional content, with methodologies that are increasingly playful that equalize the learning of the students “from below”.

It is clear that it is not the same to teach a selected and highly motivated population, as was the case in other times with students studying high school, than to attend to the entire population of school age.

But this should not be an obstacle for most students to acquire a basic general culture that allows them to interpret the world and function in it according to their abilities and possibilities.

These can be very varied and here the teaching staff plays a fundamental role, who must be professional and competent, capable of developing the educational potential of each student.

The measures of attention to diversity must allow students to acquire the fundamental cultural knowledge to live in this world without having to resort to the mobile phone to know and locate each one of the events that we need at each moment or that call our attention.

Author Bio: Cruz Perez Perez is Professor of Theory of Education at the University of Valencia