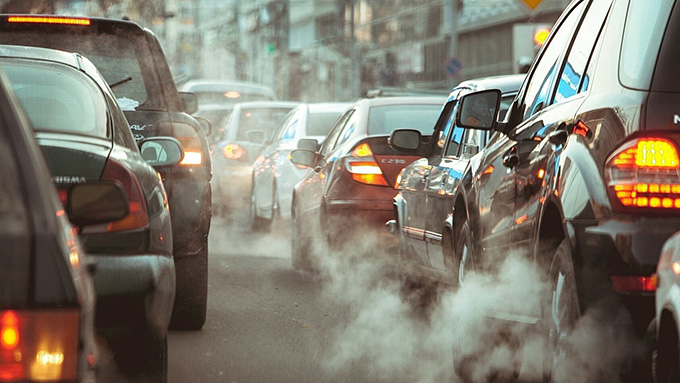 Gasoline and diesel are the main causes of urban pollution in Spain, which cause serious damage to human health . They are also responsible for much of our contribution to climate change.

Both the price of gasoline and diesel have skyrocketed due to the current energy crisis and, as a result, their consumption has decreased. But the trend has changed, and currently its cost is falling. Although this news is positive for our pockets, it is not so much for the environment.

Gasoline and diesel are fossil fuels, the main sources of CO₂ emissions that cause climate change. In addition, fossil fuels emit many other pollutants with very harmful effects, especially for human health.

The European Environment Agency attributes more than 400,000 premature deaths a year in the EU to air pollution. These deaths are around

In Spain, traffic is the main source of urban pollution. Therefore, it is also the main cause of such premature deaths. In particular, air pollution causes more than 24,000 premature deaths per year in Spain .

Effects of the price increase on drivers

The relationship between the demand for a good and its price is the price elasticity of demand. For most goods, this elasticity is negative. That is, when the price increases we expect consumption to decrease and vice versa.

In the case of fuels, calculating this elasticity is quite complex, since its demand is indirect from the use of vehicles. In addition, there are other factors that affect the demand for fuel, such as consumer income or the composition of the vehicle fleet. This last factor is in turn affected by the price of fuel, which can encourage current cars to be replaced by electric ones or that consume less fuel per kilometer .

The effect of fuel prices on the vehicle fleet is in the medium and long term. Thus, in the short run, elasticity tends to be relatively rigid. That is, the price increase does not produce large decreases in demand, since many people find it difficult to reduce their consumption.

However, the elasticity tends to be much higher in the long run. The reason is that the price increase can cause the aforementioned changes in the vehicle fleet. You can also get other steps taken to reduce or eliminate dependency on cars.

Studies confirm that the price elasticity of gasoline and diesel is low in the short run, but markedly higher in the long run . They also show that the greatest effect occurs when the price increase exceeds its all-time high . Conversely, the effects are insignificant if the increases are below the maximum .

In addition, the effect on demand of the increase in income is much greater than that of prices . The income effect occurs because the more “rich”, the more we consume. As a consequence, the effect of higher income tends to cancel out the effect of price increases.

Is car use going down?

We can calculate the evolution of consumption using the statistics of the first nine months of 2022. Let us thus compare 2022 with the same period of 2019 (last “normal” year). The result is that the average consumption of gasoline 95 has increased by 9%. Diesel A has been reduced by an average of 5%.

These calculations indicate an increase in the registration of gasoline cars and a decrease in that of diesel cars. But it must be considered that much more diesel is consumed and that its energy power is much greater than that of gasoline. Taking this into account, the result is a decrease in the global consumption of automotive fuels.

However, the reduction in consumption is much lower in percentage than the rise in prices. This is what we should expect, given the low price elasticity in the short term. Including the discount of 20 cents per liter approved by the Government, the comparison between the month with the highest average prices in 2022 (June) and the average for 2019 yields the following results:

Therefore, it seems that the rise in fuel prices has contributed to a global reduction in the use of cars. We should have expected that to be the case, since the rise in prices has exceeded all-time highs. Drivers may have reduced dispensable journeys, replaced private vehicles with public transport, car sharing, etc.

On the other hand, the decision on which vehicles to buy is also influenced by the price increase. High prices and, more importantly, the perception that they will remain high in the future, make electric vehicles more attractive. However, this is an effect that will only be fully perceived in the medium and long term.

The market can work well if consumers and producers take into account all the benefits and costs of their actions. However, no one takes pollution into account when they don’t pay for the damage it causes. As a consequence, prices are lower than they should be. More polluting goods such as gasoline and diesel are also consumed than should be.

Therefore, we need fuel prices to include all their costs. Markets usually only take into account the costs of production, transport, marketing, etc. These costs are increased by taxes: VAT and the Special Tax on Hydrocarbons.

What else should prices take into account? In the first place, the enormous damage that gasoline and diesel cause to human health. Secondly, the economic costs of these damages (health costs, sick leave…). Third, its contribution to climate change. And any other costs not taken into account by the market.

Current taxes may seem high in Spain. Before the crisis, they represented about half the price of gasoline and diesel. However, it is estimated that these taxes are only about half of all those costs that markets ignore .

Unfortunately, it is not enough to inform people of the social damage caused by their consumption of gasoline or diesel. The only effective way for these damages to be taken into account is for them to be paid for. And the only way to do it is through taxes, as one more cost added to market prices.

Therefore, the conclusions of the economy are clear if we are to achieve our environmental and climate objectives. Now that gasoline and diesel prices are falling again, we must first remove subsidies on gasoline and diesel. Second, we should not allow fuel prices to drop too low.

The drop in the energy costs of our imports is magnificent news. But it would not be so positive if the price of gasoline and diesel plummeted, if that were the case. At least in part, the fall in prices should be offset by taxes. It would be especially recommendable that a carbon tax be finally created in Spain , as in many other countries.