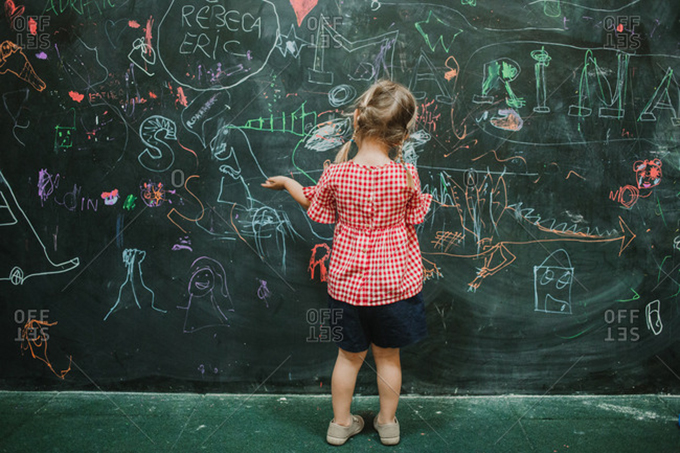 The world, or at least this small world that is Spain, has a certain tendency to divide into groups: those who prefer the potato omelette with onion and those who prefer it without onion; those who want pizza with pineapple and without pineapple … and those who think that in the subject of Spanish Language and Literature (and, by extension, those in which mother tongues are studied in bilingual communities) primary and secondary students should direct their efforts to improve the four skills (namely: speaking, listening, reading and writing) and those who believe that the subject of Language has an entity by itself and should not be conceived only as an instrument.

Regarding this last division, it seems that, unfortunately, the group of those who are in favor of eliminating content such as syntax, morphology, semantics, text analysis, varieties of Spanish, etc., are the largest group, nourished, above all, by a large majority of students who affirm that so hackneyed “and what is this for me?”.

I do not believe that there is anyone in favor of not giving basic skills a predominant role in non-university education: speaking and writing correctly are absolutely fundamental tools for any adult to access a job, to continue their studies or to perform everyday actions; not to mention reading comprehension, a fundamental basis for children to understand and solve the famous math problems that cost them so much.

However, assuming that the Language subject should be the only one responsible for these learning to take place, leaving aside, if necessary, strictly linguistic content, is a mistake. In what follows, and without any desire to be exhaustive, I will mention some learning that now takes place in the subject of Language and that would disappear if all its contents were directed to the development of the aforementioned skills.

Let’s start with the maligned grammar: morphology and syntax, useless disciplines where they have been taken into account that to speak and write we do not need to know what a direct object is. However, I can think of some buts (I can think of many actually, but I will name just a few).

The first is related to the correction sought in writing. I repeatedly observe in the EvAU exams that students write things like “The text is about …” and I wonder if perhaps, as Gutiérrez and Pérez (2017) point out, it would not be appropriate to be able to teach students what to “treat” is a verb with two valences, that is, it must have a subject and a regime complement, without “se” (X is about Y) or, if we add the “se”, a reflective passive structure (“En this text is about…).

Notions of syntax are also extremely useful to write better, insofar as we can say, without having to give further explanations, that we write “because” when we introduce a cause, “why” when we introduce an interrogative preceded by the preposition “for” , “Why” when it is a noun and “why” when we have a relative preceded by “by”, or a subordinate noun term of the preposition “by.” Thus, without examples, this sentence is only informative for someone who knows some grammar.

The teaching of morphology also seems useful to improve skills, especially reading competence, inasmuch as the brain has to work less when it is able to identify the internal structure of words, as I already mentioned in this article .

It also helps us with oral and written comprehension, since it allows us to predict the meaning of new words; Thus, for example, even if you have never heard the word “vigilable”, which is not included in the dictionary, the morphology allows you to guess what something like “that can be watched” means.

Grammar also allows us to give an informed opinion on some very topical issues. For example, a button: the generic male and his ability (or not) to be macho. One (or one) can think that the Spanish language is macho and that, insofar as it is, it is convenient to contribute to change through the use of splitting (boys and girls) and new neutrals (girls). Or you may consider that the generic masculine is a sufficient tool to encompass both genders and that, therefore, it is not necessary to resort to other artificial strategies that contribute to creating confusion in the discourse.

Either option has arguments for and against but, if we do not know how the grammar works, we run the risk that our arguments are, to say the least, ridiculous.

The second argument (easily removable) that occurs to me is the one that the detractors of the unfolding cried out from the rooftops when Irene Montero pronounced the word “spokesperson”, tremendously outraged because the second part of the compound was already feminine (“voice”) ; again, a little reflection would have made us observe that the second part of the compound does not determine the gender of the word (“dishwasher” is masculine, but “tableware” is feminine, for example).

Although grammar is one of the central contents in the teaching of the Spanish language, it is by no means the only one. Let us think, for example, of the topics dedicated to the varieties of Spanish, which should be part of the general culture of any citizen with average studies. If we study the dialects, we will understand that all the variants of the language are equally prestigious, equally correct and that the variant considered standard is nothing more than a kind of artificial invention that has little relationship, sometimes, with the acquisition of the language maternal.

“Andalusians do not know how to speak”

Not knowing this causes false statements such as “Andalusians do not know how to speak” or “Basques, as they have two languages, do not combine Spanish verb tenses well”. These statements, in addition to showing the ignorance of those who issue them, contribute to the creation of discriminatory stereotypes that it is necessary to eradicate.

Knowing what a language is and what language is is useful for a host of other things, such as understanding that signed languages ​​are natural languages, which means that they have their own lexicon and their own rules (syntax). We know that a deaf child babbles in sign language and that until he develops his mother tongue he goes through the same stages as a child who is developing an oral language.

In short, that the teaching of linguistic contents in the Language course allows us to learn a multitude of useful things, most of which have not been mentioned here due to a question of space; And this despite the fact that utility should not be a criterion for learning (we also know how to eat even if we don’t study biology or kick a ball even if we don’t study physics).

So, let’s teach our children to speak and write, to listen and to read, but not at the expense of the content of the language course. And with regard to the contents of Language, let’s teach them well, rigorously, adjusting to science and the description of reality (but that is another topic that we will talk about another day).

Author Bio: Silvia Gumiel Molina is Professor of Spanish Language at the University of Alcalá