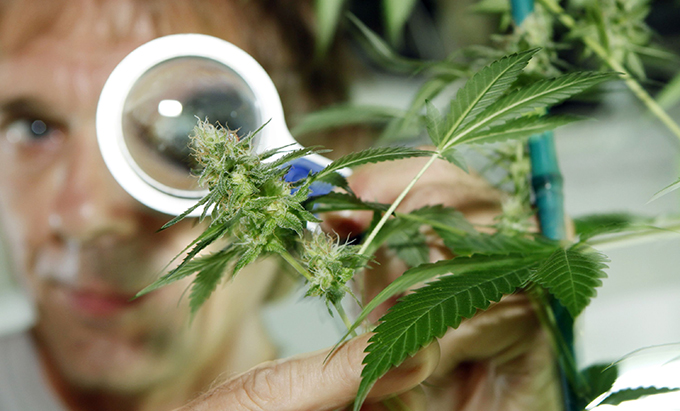 CBD oil has been headlining medical news for the past few months. Researchers and scientists in the US are trying to keep up with evidence showing cannabidiol oil’s potential benefits. The most recent news regarding this miracle strain? Studies have shown that regular application of CBD inhibits cancerous cell growth in rats. CBD oil is now being looked at as a possible anticancer treatment.

Amid the growing fanfare of CBD oil’s use for medicinal purposes comes a hefty dose of surprise. CBD oil is still considered a Schedule 1 drug by the DEA. In a notice released toward the end of 2016, this classification held firm.

Medical marijuana has had a long and contentious history in the US. This may partly be due to its classification as a Schedule 1 drug back in 1970. Schedule 1 drugs are substances deemed by the federal government to have little medical purpose and a large potential for abuse. Other drugs that are classified as Schedule 1 drugs include heroin, LSD, ecstasy, and peyote. This classification has stifled research on CBD oil in US university and medical labs.

Cannabis oil, is, however, becoming popular for its anti-psychoactive effects. And public interest in cannabis oil is increasingly for its medical benefits versus the plant’s longer standing use as a means to get high. Benefits of CBD oil include its ability to fight nausea. It also has aids in promoting cardio vascular health. It has proven effective as a treatment for seizures and as an epilepsy prevention. And, of course, it is well-known for its benefits in reducing anxiety and promoting relaxation. Its properties in relieving pain and inflammation are also widely heralded.

As of May 2017, 29 states and the District of Columbia allow for medical marijuana use. And CBD oil is available from dispensaries that can be found via this San Francisco dispensary list. Lists like these provide information on where to find dispensaries across the US.

So what country has been leading the charge in cannabis research? Israel. This geographically small country’s Ministry of Health established a medical cannabis program that has led research on cannabis for the past 40 years. The Israeli researcher who has pioneered studies is Raphael Mechoulam, a professor of medical chemistry at the Hebrew University of Jerusalem. His best-known work has involved the articulation of cannabinoids. And the discovery of the human endocannabinoid system. Israeli scientists like Dr. Mechoulam, are given the freedom needed to conduct research into the marijuana plant without going through the same number of hoops as their counterparts in the West.

Toward the end of 2016, there were 22,000 registered patients in Israel’s medical cannabis program. These patients receive CBD oil as part of their treatment. Private company Tikun Olam is one of the leading medical cannabis companies in Israel doing exciting research on CBD oil. Research includes determining the effects of cannabis on those suffering from Crohn’s disease. As well as how CBD oil affects children with cancer.

An approach to cannabis that US lawmakers should adopt

Scientists and researchers of CBD oil say that Israel should serve as an example to US lawmakers. The Israeli government has provided an environment where cannabis can be studied with little legal or political ado. Funding for cannabis research is also government-funded in Israel. Although some funding comes from corporate sources. Israel’s Agriculture Ministry has also begun setting up facilities to develop cannabis strains. They are also considering exporting their medical marijuana strains to other countries.