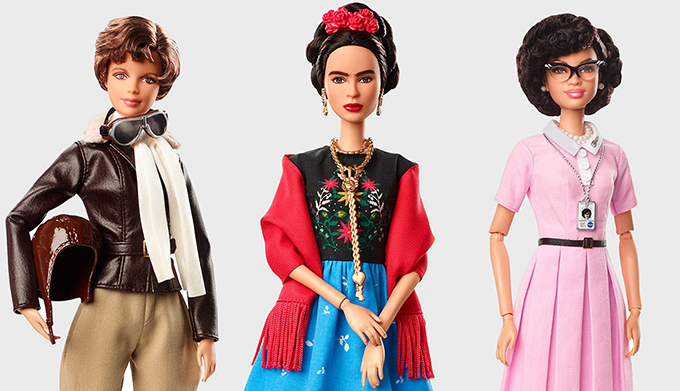 Each doll comes with information about their namesake’s achievements and influence. Instead of being generic plastic bodies to be clothed and posed, the dolls were now pitched as “real” women, with Mattel engaged in “shining a light on empowering role models past and present in an effort to inspire more girls”.

What makes a heroine?

Barbie has certainly come a long way since she was first manufactured in 1959 and became synonymous with what feminists saw as the objectification and commodification of women.

But the fact some of the world’s most famous and groundbreaking women – who sought careers outside their physical appearance – were now being re-imagined as plastic dolls also interested me professionally.

My new book, Heroines in History: A Thousand Faces, examines the patterns that underpin the construction of heroines over the past 200 years. In it I argue that representations of women who have rebelled, rocked, shaken and changed the world are constrained through casting them as either “super-womanly” or “honorary men”.

Taking the individual stories of women, including those now appearing as Barbies, I explore a series of archetypal themes, revealing how heroines are produced by the hetero-sexist societies that surround them.

Despite many advances for women, the persistence and reinvention of heroic iconography for women continues to value image over substance. And because of their iconic appeal, throughout history it has been common for heroines to be used for commercial purposes.

In the 19th century, for example, British sea heroine Grace Darling’s image appeared on chocolate boxes and was used to advertise soap. Since her death in 1954, Frida Kahlo’s face has promoted everything from tequila to lip gloss. And Marilyn Monroe’s image has endured to sell any number of products.

So the appropriation of heroic women of substance as plastic Barbies should not surprise us.

Dolls have a long and rich history, after all. They’ve appeared as representational figures, including gods and royalty, or dressed in distinct costumes representing national identities. They’ve served as lucky charms and voodoo talismans.

As they evolved from eclectic homemade rag, woollen and wooden figures to mass-produced commercial objects, they became important in children’s gender role play. Rehearsing for their adult years, boys played with toy soldiers, action figures and superheroes, while girls had baby dolls to tend to and model figures to dress and groom alluringly.

In a sense, then, the Inspiring Women series can be seen as a positive development, encouraging empowerment by including a diverse range of ethnicities to appeal to girls whose communities were previously not represented as Barbies.

Overall, however, Barbie has a lot of work to do to overcome her image as the antithesis of the feminist goal of freeing girls and women from lives that cast them, in the words of writer Simone de Beauvoir, as “living dolls”. 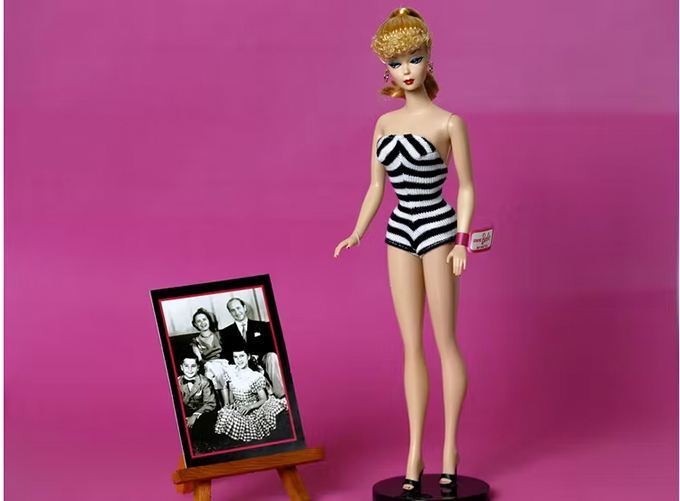 The first Barbie was created in 1959 by Ruth Handler, an American businesswoman. Chesnot/Getty Images

In 1991, the author Susan Faludi even defined feminism by referencing Mattel’s famous product:
It is the simply worded sign hoisted by a little girl in the 1970 Women’s Strike for Equality: I AM NOT A BARBIE DOLL.
Barbie dolls have also been criticised by social scientists for promoting a white, idealised body type that advanced a kind of compulsory heterosexuality and subservience. The call was for women to escape inferior lives as “sex objects” and instead to pursue “real” lives and be recognised for their achievements.

And yet some women even underwent plastic surgery to mimic the Barbie body. As the feminist writer Martine Delvaux saw it, “Barbie is the image of what happens to women, their invisible and silent murder.”

Can dolls freighted with this much cultural baggage really honour inspiring women or serve as feminist role models? Or might it be better to view them as examples of what I term “designer feminism” – somewhere image and substance collide, but where valuing appearance ultimately underpins and contains achievement?

The clothing of these dolls may symbolise real lives, but underneath there is still a plastic body.

Author Bio: Katie Pickles is Professor of History at the University of Canterbury