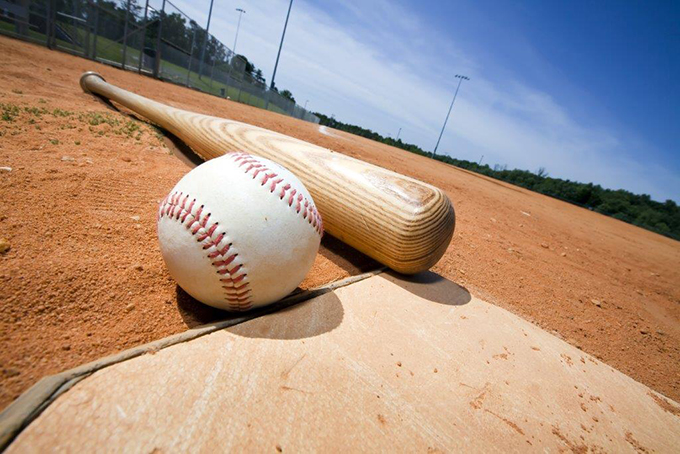 My favourite player growing up, Ken Griffey Jr., seemed never to fail. When he stepped to the plate, you knewsomething special was about to happen. His stroke, a combination of elegance and power, sent 630 balls soaring over homerun fences: sixth most in MLB history. Gazelle-like, he turned what mere mortals would have accepted as singles into doubles and triples, and used that same effortless speed to propel himself toward what should have been impossible-to-catch fly balls lifted into centre field. He amassed 2,781 hits, stole 184 bases, cashed in 1,836 RBIs, and hit .284 over the course of a magnificent, Hall-of-Fame career. Ken Griffey Jr. was as close to being perfect as any player I have witnessed.

But, wait a minute: doesn’t his .284 batting average mean he failed to get a hit roughly 72% of the time? Indeed it does; and so it turns out that Ken Griffey Jr., one of the best pure hitters ever to don a Major League uniform, was far from perfect. 7,154 of his at-bats ended up with him heading back to the bench. He struck out 1,779 times, hit into 199 double plays, and made 89 errors. Ken Griffey Jr. failed a lot more than he succeeded. The numbers don’t lie.

A minor deity in a flipped-back cap, Griffey Jr. wasn’t immune to the agonies of failure. In 1988, he swallowed 277 Aspirin pills after an argument with his father, himself a major-leaguer. He told Bob Finnigan, a reporter with the Seattle Times: “It seemed like everyone was yelling at me at baseball. I got depressed. I got angry. I didn’t want to live.” If he’d been successful in that attempt, baseball fans would never have known the joy of watching him fail and succeed, day in and day out, for more than twenty years. The strikeouts, hits, home runs, and errors that frustrated and delighted those of us who wore his number, 24, with pride would never have materialised. Had he not learned to accept failure, he wouldn’t have had the chance to make the enormous contribution to the game that he wound up making—to say nothing of the incredible pain his friends and loved ones would have felt, and would likely still feel to this day.

I’ve always been able to hit a fastball. As an undergraduate, assignments came my way like cookies—the term players use to describe pitches thrown down the middle of the plate, begging to be hammered into the bleachers. I read voraciously and wrote well enough to succeed. I could organise my thoughts and articulate more-or-less original and sometimes clever ideas in papers, which professors tended to reward with A’s. When I told some of them I wanted to go to grad school, they wrote enthusiastic letters of reference; thanks to these, and the numbers I’d compiled, I was accepted into a Master’s programme.

Failure came early and often. Where I had stood out in undergraduate classes, the people with whom I was now studying were capable of hitting with authority the same pitches I was used to seeing. I struggled to adjust to changeups and breaking balls, flailing wildly when I’d once been confident with my swing. The article-length essays that replaced short assignments froze me at the plate like Barry Zito curveballs that start above the batter’s head, then wind up painting the bottom outside corner: strike three, you’re out. My first term was a disaster—one respectable A-minus, but two Incomplete Fails, the consequence of my inability to meet deadlines. The burden of failure weighed on me as it had on Ken Griffey Jr. One night, I ate a bottle of pills, drank a bottle of wine, and slipped into unconsciousness with the expectation that my days of coming up short were over.

Like my favourite baseball player, I was lucky enough to live to play another day.  I got my game together and managed to put up good enough numbers to secure a spot in a Ph.D. programme, where I had to prove myself all over again. After one year of coursework and another spent reading and writing a research project, I earned the designation ABD—Ph.D. completed, All But Dissertation.

The dissertation is a brand-new ballgame. While courses set the parameters within which students think and write, the dissertation requires that you establish your own situation, that you score runners that you, yourself, have put on base. Unlike a term paper, where you answer questions that have circulated in the classroom throughout the year, the dissertation involves creating an occasion for writing, answering questions you pose to yourself, within a field of research over which you’ve gained mastery. There’s nobody coming off the bench to pinch hit; no late-inning defensive substitution; no platooning with a right-handed batter because you can’t hit left-handed pitching. When you write a dissertation, you’re an everyday player. And make no mistake: you’re going to fail. Time and time again.

When I started my dissertation, I struggled in the same way players who make the move from double-A to triple-A struggle. I routinely went 0-for-4, staring, at the end of my day, at a blank screen. I put ideas into play like runners on first base, only to erase them from the score-sheet with the ideas that followed: double play, both runners out. I struck out, grounded out, popped out, and hit deep fly balls that I knew were home runs—only to watch them land in the gloves of outfielders on the warning track. Sometimes I benched myself with the hope of shaking myself out of the slump. After a year of feeling lost at the plate, I had precious little to show for it: one chapter, poorly written and even more poorly conceived, the kind of stat that would get you demoted to the minors if you really were playing baseball.

I played myself out of the slump by getting back to fundamentals. Major League hitters spend hours working on their swings, hitting balls perched atop tees like they did as kids, or launching cookies, lobbed to them by coaches, over fences in batting practice. I put my computer away, grabbed a stack of exam booklets, and gave myself mini-assignments—cookies I knew I could hit: In a 5 paragraph essay, outline John Grierson’s theory of documentary;  In 10 sentences, explain Humphrey Jennings’ relationship to Surrealism; Take 45 minutes to describe Elizabeth Bowen’s ideas about objects. Some of what I wrote during these sessions amounted to practice, and never made its way into a draft. But writing begets more writing, just as hitting begets more hitting: both activities benefit from repetition. As an undergraduate, I completed the kinds of assignments I gave myself during the early stages of writing the dissertation nearly as effortlessly as a pro plays tee-ball. Writing, like hitting, is highly complex and deceptively simple: sit down; write. See the ball; hit the ball.

Successful hitting isn’t always about the homerun. It’s not necessarily about getting a hit, either. Writing a dissertation highlights the usefulness of the productive out, the ground ball that advances a runner from first to second, or second to third. You might think of the 500 or 1000 words you write today as an out, but the value of those words exceeds measurable stats. They can help you find your voice, move an idea along, or reveal what isn’t working. For every day that you go 4-for-4 with a dinger, you’ll go through long stretches where you’re hitless and rack up errors. Focus on your approach, and trust that the numbers will even out in the long run. That’s baseball. That’s writing.

The great thing about baseball is that there’s so much of it: 162 gamesa year, meaning the average player will step to the plate roughly 650 times over the course of a season. If you’re lucky enough to have the kind of career that Ken Griffey Jr. had, you’ll have thousands of opportunities to get a hit, maybe even a homerun. But the fact is, you’ll make more outs than hits. You’ll fail, and fail, and fail again. Writing has little in common with sports like football, where urgency is the name of the game. Baseball is about the long outlook, the patient approach, the commitment to coming to the park tomorrow even if you were hitless today. Remember: the best players on the planet fail 70% of the time. But sometimes failure is success in disguise. The point, dissertators, is to keep swinging. Keep swinging, and you’ll get your hits.