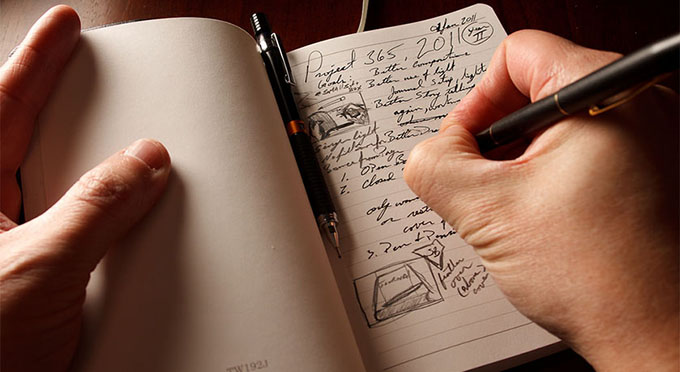 Many of us have difficulty learning a foreign language. Assimilating vocabulary and grammar rules requires specific skills; it is also necessary to be able to converse fluently with a native speaker. So how do you actually learn another language? What is the best method? And how can teachers help their students memorize the more complex aspects of it?

Adults need to have explicit foundations in order to learn: they need clear explanations of the points that pose a problem for them, and remove the uncertainties. They analyze the elements of the new language and make connections from their own linguistic knowledge. We all resort to these highly developed explicit learning processes , often acquired with a great deal of time and effort.

Nonetheless, students need techniques that can help them overcome learning challenges, including those caused by the Covid-19 pandemic , which ended classroom instruction.

During our research , we found that keeping a journal transformed a good teaching method into a more concrete, more immediate experience, by allowing students to review the stages of learning as they were writing.

As part of our investigation, we looked at a group of students enrolled in evening Spanish classes at a Scottish university. The objective was to determine how they understood the language being acquired based on their source language (English).

What were they focusing on in learning Spanish? What aspects of the language had caught their attention? How did they explain the concepts learned, to themselves or to each other, and what links did they establish with their mother tongue?

We introduced the educational journal as an end-of-session exercise in three classes of 38 students. The students had to answer two questions: What did they learn during the lesson? What differences and similarities have they noticed between their mother tongue and Spanish?

The questions were always the same. The students were free to comment, analyze, reflect on the content of the lessons. It was up to them to choose the topic of discussion in their journal, the teacher not trying to orient them towards specific elements of linguistics or culture.

At the end of the experimentation period set for this educational journal, we organized a discussion group to determine the impact of the tool. We mainly wanted to know if, in the eyes of the students, the newspaper had influenced their performance and improved their self-confidence in using this new language.

The educational journals illustrated their capacity for linguistic analysis of students. They identified common language mistakes that (mainly) English speakers make in Spanish, described how the foreign language works, like that of their mother tongue, and transcribed the grammar rules that apply in both languages, as well as what differentiates them from each other:

“In Spanish,“ me gusta / n ”means“ I like it ”or“ I like them ”or, literally,“ Mine, I like it ”, the“ that ”representing the object of the sentence. It is a rather difficult concept to grasp. “

The students seemed to enjoy describing what they understood and assimilated; they found it pleasant to learn compared to their mother tongue. According to their texts, these connections helped them memorize their lessons. The newspapers also made it possible to initiate class debates and discuss their learning methods:

“The newspaper […] helped me to remember the colors. I found the answer more easily in Spanish when I repeated (over and over) the question “What is this color?” “

However, we were surprised to find that the students did not discuss any cultural subject in their journals. The lessons purposely contained elements of culture from the Spanish speaking world as a whole, from the Mexican Day of the Dead to the Easter celebrations in Madrid.

Their reflections seemingly confined to the linguistic spectrum, focusing on differences between languages, such as the concept of gender in Spanish and how to determine the gender of a word. It appears that newspapers have served above all as a consolidation tool in their language learning.

The answers to the first question (relating to what they had learned from the lesson of the day) overlapped very little between the three groups, a rather unexpected element since each lesson had specific teaching objectives, stated at the beginning of the lesson as it should be in terms of good teaching practice.

This result in itself has led us to reflect on the evolution of personalized language teaching as students progress. The students obviously remembered a variety of information, which is simply not predictable.

These findings, based on how students analyze language, could help shape the teaching and learning of tomorrow. In particular, we found that educational journals allowed students to more precisely identify their points of interest and highlight their ability to reflect on their own knowledge in order to refine their learning.

At the end of the experiment, the students wanted to maintain this exercise. They found real benefit in understanding the language and its mechanisms, as well as in assimilating the Spanish vocabulary as they progressed. For the teachers involved, the newspapers provided an excellent initiator of debates and offered a practical tool for language teaching.