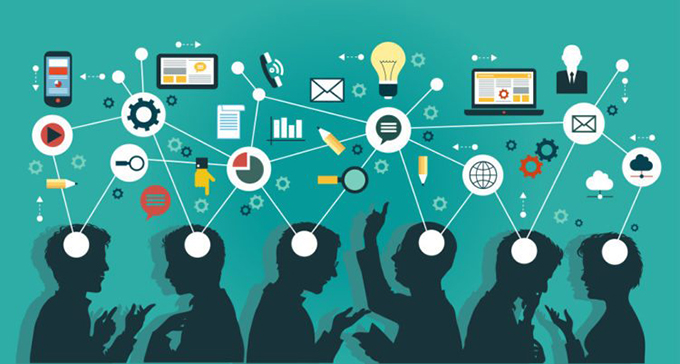 It is high time that the learning of curiosity prevails over that of submission. This is the “credo” on which Learn in the 21st century is based , the important and fascinating contribution that François Taddei has just made to the reflection on the future of the school and the issues of knowledge. If we want to progress towards a “learning society”, “where the learning of some facilitates those of others”, a “revolution of our ways of learning, in any place and at any age” is required, judge-t -he. The perspective on the perspectives developed in this book.

Why is it essential today to learn differently? The author dedicates a chapter to this first question. But the reasons for change are recalled throughout the book. It’s urgent. First of all, there is the double “shock” we are experiencing: that which advances artificial intelligence (AI) is producing in our ways of living and working, at the very moment when our ways of life are challenged by the “environmental hazard”.

On the one hand, we must take into account the impact of the digital revolution. The machines will surpass us in many areas. The training courses are part of a very fluid context where jobs are constantly evolving. We do not even know if the notion of craft will survive the transformations in progress! And, on the other hand, in the face of environmental danger, we must “invest ourselves to change its environment”.

Then we have to see that this double shock puts us in front of a considerable challenge. The “revolution” is coming from a “galaxy of interconnected technologies”. Spectacular progress is made in a very short time. We are experiencing a capital “transition”, of a “total” character, against the backdrop of the fusion of biological and digital , which places the human species before an “evolutionary challenge”.

Under these conditions, a paradigm shift is needed. We must take into account “the impact of the revolution of intelligences”, and privilege the “skills of the 21st century”  : no longer, for example, memorize and calculate (what machines do better than us), but create and cooperate . Thus emerges a “new paradigm” around “new ways of learning through research”.

“Pedagogies that meet the challenges of the millennium already exist and only need to be developed and networked.” To identify them, and to appreciate the relevance, we can start by pointing, on the contrary, what we must not do anymore! Because we must get rid of the “logic of yesterday.” Those of a system which rewards the capacity of submission more than the potential of invention.

Taddei very rightly observes that, for example, the dominant evaluation practices deserve a double criticism. The current “educational system”, which is busy “selecting elites”, is more “anxious to sort than to ensure the efficiency of learning”. And the ability to answer questions about “yesterday’s knowledge” rather than the ability to “formulate questions and invent new approaches” is assessed. In a general way, it is necessary to leave a Malthusianist system , humiliating, privileging the writing and the copy, valuing the submission to the authority and the norm, where everything is “hypercontrolled by the hierarchy”.

What to do, then? Taddei first proposes guidelines, which define real principles of action. Here is a quick list (not exhaustive!), Which will give an idea of ​​the wealth of the author’s words: to have confidence in the educability of all; to learn otherwise than by remaining passive in a classroom; give primacy to questioning; to encourage observation and experimentation; to leave real educational freedom to teachers and trainers; give the habit of success.

The model in which these principles can best be embodied is that of “evolving and cooperative knowledge ecosystems”, particularly conducive to the development of collective intelligence. This can be done in areas of freedom which “fab labs” are also a good example. There already exists “a myriad of devices”, which express a “great dynamic still underground”. It would be enough to legitimize them and put them in a network so that the necessary revolution of learning can be accomplished.

François Taddei is leading a double fight. A fight to promote collective intelligence, our “best asset” in competition with AI. And a fight to reinforce ethics, placing it “at the heart of our interrogations”. We need her to make the transition we are experiencing beneficial to everyone. Because “technique without ethics is only ruin of the soul”.

But is the first battle likely to weigh positively on the second? Is intelligence, the producer of knowledge, capable of giving technology the ethics it lacks? Taddei believes it. In any case, hope. Because, if he is optimistic, he knows that the worst is almost always as much to fear, as the best to hope. One is always exposed to the risk of the “collective stupidity”.

Is it enough to set in motion the collective intelligence to progress from an ethical point of view? That Taddei allows us to doubt it. Certainly, “the need for ethics is omnipresent”. Even a “coevolution of intelligences, individual, artificial and collective” does not seem to us to lead at the same time to a positive evolution in the ethical field, which would make it possible to hope for a “desirable future that would benefit everyone”. This for a simple reason: the order of intelligences is not that of values.

A challenge to take up

Taddei was right, in this sense, to recall the distinction made by Aristotle between episteme (knowledge), technè (material manufacture), and phronesis (ethics of action). The first challenge for today is to prevent the technological revolution from defeating, or even subjugating, intelligence (the triumph of technology over the episteme). One can hope for a start, triumphant, collective intelligence, thanks to the learning revolution.

But this concerns the “dialogue” (or interface) technè / épistémè (technical / knowledge), and not the dialogue technè / phronesis (technical / ethical), nor the dialogue epistémè / phronesis (science / ethics). Not to mention that the phronesis, according to Aristotle himself, which concerns only the faculty of opining, is distinct from “wisdom”. Only this one, which is a virtue of the scientific part of the reasonable soul, can decide the supreme value (of the “sovereign good”).

We can refer here to the three “orders” (the order of bodies, the order of spirits, the order of charity) distinguished by Pascal, for whom “the infinite distance of bodies to spirits is infinitely more infinite distance from spirits to charity “. Collective intelligence can help us to go beyond the “flesh” magnitudes, and make all men “great” in the order of spirits. But will they be able to attain wisdom, which is situated in “an infinitely higher order,” and which can only be attained by the “eyes of the heart”?

However, for Pascal, it is not forbidden for “people of spirit” to become “saints”! This is why we can only thank François Taddei to have, with passion, meticulousness, and rigor, explored the paths, and identified the means, of a possible progression towards “magnitudes of spirit” … It is already considerable !